Getting to understand the basics of schema management is crucial for building and maintaining an effective PostgreSQL database. In this article, we are going to look at the traditional way of managing a Postgres schema and at a newer, more effective way to do it visually, without having to write any line of code.

What is a PostgreSQL Schema?

First, to lay the groundwork for the article, let’s clear off some terminology. In Postgres, the schema is also referred to as a namespace. The namespace can be associated with a family name. It is used to identify and differentiate certain objects in the database (tables, views, columns, etc.). It’s not allowed to create two tables with the same name in one schema, but you can do it in two different schemas. For example, we can have two tables both named table1 present in public and in postgres schemas. 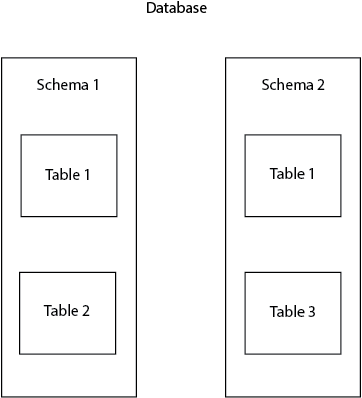 All the queries below will be executed from inside the PostgreSQL shell.

When you create a new database in Postgres, the default schema is public. A new schema can be created by executing the next query:

Before adding some tables to it, I will explain two important concepts: qualified and unqualified names.

The columns of the tables will be defined inside the brackets from the queries above (...).

To create a new table in our new schema, we will execute:

To drop the schema, we have two possibilities. If the schema is empty (doesn’t contain any table, view, or other objects), we can execute:

If the schema contains database objects, we will insert the cascade command:

In PostgreSQL it’s also possible to create a schema owned by another user with:

When executing a command with an unqualified name, Postgres follows a search path to determine what schemas to use. By default, the search path is set to the public schema. To view it, execute:

If nothing was changed in your database, this query should bring the next result:

The search_path can be modified so the system will automatically choose another schema if you use an unqualified name. The first schema in the search path is called current schema. For example, I will set schema_1 as the current schema:

The next query will use an unqualified name to create a table. This will automatically create it in schema_1:

The New Way: Manage Without The Code!

There is a simpler way to do all the schema management tasks, without having to write any line of code. Using DbSchema you can execute all the queries above from an intuitive GUI with just a few clicks. Connecting to the database will only take a few seconds. From the beginning, you can select on what schema to work. 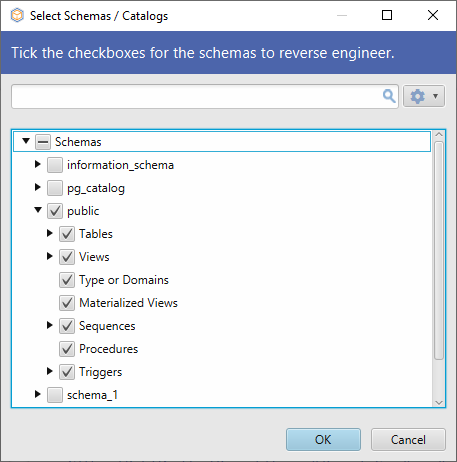 The selected schema or schemas will be reverse-engineered by DbSchema and showed in the layout.

To create a new schema, just right-click on the schema folder on the left menu and select Create Schema. 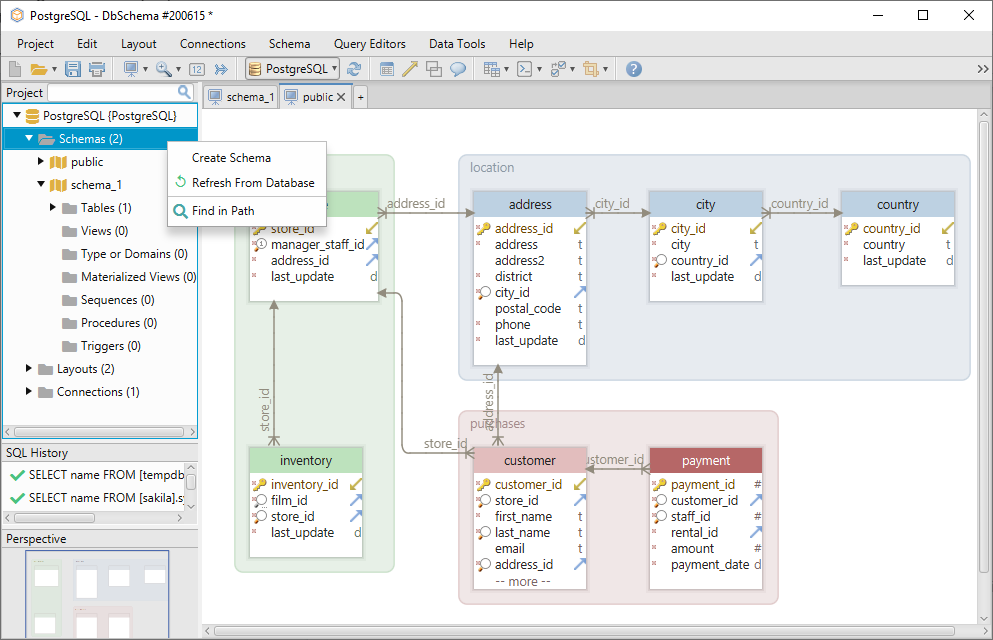 To create a new table in the schema right-click on the layout and choose Create Table.

The schema can be dropped by right-clicking on its name from the left menu.

To add another schema from the database, choose Refresh From Database. 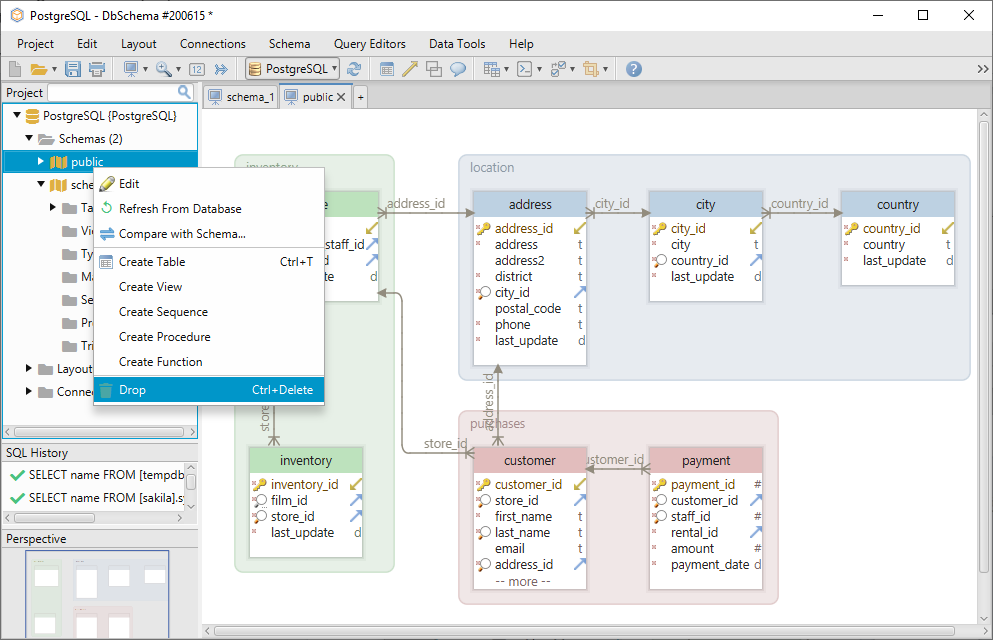 Using DbSchema, you won’t need to use the show_path syntax because you can create the tables right in the layout. A layout can be compared to a drawing board on which you can add the tables and edit them. Each layout has one schema associated with it, so if you are on the schema_1 layout, the tables will be automatically created there.

The same thing can be done between two different versions of the same project file. For example, if you work in a team, it may be the case that there are multiple schemas (production, testing, development) each with its own project file. If a change appears in development and you want to implement it over the other two schemas, you can just compare and synchronize the two project files.

Understanding the concepts listed above will help you to easily manage your PostgreSQL schemas. Using a visual designer such as DbSchema will make your work even easier by enabling you to do everything visually, without having to write a single line of code.