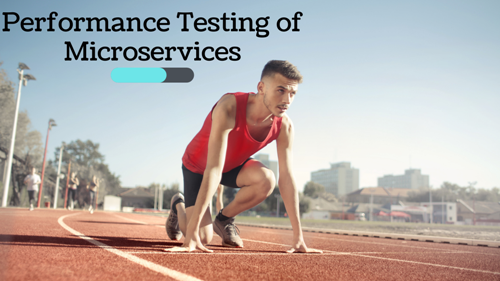 Microservices, or generally called microservice architecture, the architectural platforms that come out from the world of continuous development, scalable systems, decoupled applications, and polyglot programming. It segregates the platform with the aid of service boundaries, which makes it simpler to employ and manage each service individually. As every component is independent of each other, adding up advanced features or scaling solutions becomes a lot effective and easier.

•    Every single service or unit is lightweight, independent, and loosely coupled.

•    Every service has its independent code base which is designed and handled by a small team.

•    Each service has its independent DevOps plan (develop, test, release, set up, scale, and manage separately)

•    Services can choose their own technology stack on the basis of the problem statement they are mitigating.

•    Services have their own mechanism to keep their information, the mode it best works for them.

•    Each service communicates with each other employing REST and APIs protocols over the net.

Microservices have created extra flexible and adaptable IT infrastructures. It enables you to change only one service, without changing the infrastructure part. In single words, you can set up and alter every service without disturbing the functional facets of other app or services. Following are some of the crucial advantages of a Microservice Architecture:

Through distributed improvement, microservices empower teams for developing multiple microservices concurrently. Because of the decrease of development cycles, the microservice architecture enables execution and updates to be performed more rapidly. Thus, software teams have extra time to market their product.

The microservice architecture enables own development, deployment, and operation of the solution. Thus, if an app follows the same approach, any failure in an independent service will not affect the application’s other services. The services boundaries of every microservice defend the failure of the entire app.

Since larger apps are broken down into tinier parts, software developers can effortlessly understand, upgrade and improve those sections; in this way, speedier development cycles are acquired.

As the demand for definite services develops, it is possible to perform implementations on various infrastructures and servers to meet your requirements.

Why Do You Require An Extraordinary Strategy To Test Microservices?

You need a distinct strategy for testing microservices as they go behind a distinct architecture and have several integrations with other microservices within the individual organizations and from the outside world (third-party integrations). Moreover, these necessitate a huge amount of collaboration among various squads or teams developing independent microservices. Additionally, they are independent purpose services and are deployed separately as well as regularly.

As we have seen benefits of microservices in brief, it also own complicated challenges to cater to. As manifold services are interrelating with each other with REST-based endpoints, the performance deprivation can bang a business to sink.  For instance, an eCommerce app with 100ms shaved off on its shopping cart or product listings can straight influence the bottom line of order placement. Otherwise, for an event-driven product with frequent contact between customers, even a hindrance of a few milliseconds can annoy the client and could cause them to go somewhere else. Whatever the situation may be, reliability and performance is the significant element of software development, so businesses must spend the necessary effort time and into performance tests.

While the significance of performance testing is extensively known, it is worth declaring at what level you execute this for microservices. It is suggested that we must do it at two distinct levels:

•    System-level (when each microservices are deployed to work together)

•    Microservice level (for every microservice when it is installed)

It is well again to have individual performance environments to perform this. The software engineer team can use any lightweight tool such as Locust and JMeter to compute each microservice’s performance.

Although we recognize end-user experience is considerably significant, we cannot wait until the app is entirely built to conduct performance tests like the older way of performance tests.  It deviate shift-left approaches and we know it will be extra expensive. Moreover, if any major performance glitches are found at later phases, it will also have an enormous effect on the business.

The great part about microservices architecture is that when there is a microservices crash, or it is unresponsive or unavailable, it does not take the overall app down. App performance monitor tools not simply provide all the descriptive level facts but also convey notifications over thresholds as a proactive performance calculation. Continuous monitoring in performance aids us in the bottom approach i.e. in independent microservice level and up approach that is in API/User Interface level to show real-time details. It also suggests any potential performance flaws at an early phase.

Instead of executing a few unsystematic tests on your microservice app, you must use advanced load-tests services to avoid your unpredicted meltdowns. Several load test tools generate virtual traffic correctly for microservices testing against vast user loads. Here are some of the best microservices load tests tools available in the market:

•    influxDB- InfluxDB is one of the free or open-source apps written in the Go language. It serves as a reliable, rapid, and highly obtainable database optimized to retrieve time series data. Using this sophisticated load testing tool for microservices, you can easily spot bottlenecks.

•    Apache JMeter- JMeter is the most used tests tools for software developers. It is accessible in an open-source set-up, which makes it extremely accessible to software companies of different sizes.

•    Amazon CloudWatch- CloudWatch is a sophisticated and monitoring service that monitors resource usage for apps or microservices deployed on Amazon Web Services. Thus, it can be one of the beneficial tools if you wish to execute load tests for microservices.

•    Grafana- Grafana is also one of the free-to-access metric visualization & analytics suites. You can make use of it to visualize time series data to observe how your microservices behave in real-time traffic.

Projects using microservice architecture are gradually being used more frequently. For DevOps teams, that means another alteration in the common tests procedure. Ensure your microservices are perfectly and tested early is often key to confirm your apps will stand up to real-world situations and give your teams and your insight into any solutions that require fine-tuning prior to production and launch to real users.

Try to ensure your microservices apps perform well and can stand up to the demands of your end-users. Selecting the right microservice test service and tool can help you confirm the software quality and deliver the extraordinary product that wins the market.