Let's discuss an approach with steps to accomplish better practice for it...

Using DevOps for the deployment of:

And other assets that are required in environments (Staging, Production, etc.), Anypoint Platform favors the promotion of the Anypoint API Manager definition for an API instance from one environment to another i.e., between environments. For example, promote API instance promote from Staging to Production.

Promoting all supported parts of the Anypoint API Manager entry for an API instance does not copy API clients (client applications) to the target environment.

In simple terms that promoted API instances start without any registered API clients.

In the following steps, API consumers must separately request access for their API clients to API instances in all environments-even if the same API and version are requested access to.

An API instance in Anypoint API Manager, the newly created/promoted API instance shares the "Implementation URL" and "Consumer endpoint" with the original API instance: this is not realistic and must typically be changed after promotion, such that, e.g., the Production API instance uses Production URLs.

Below is one of the several approaches to promote API to a higher environment... 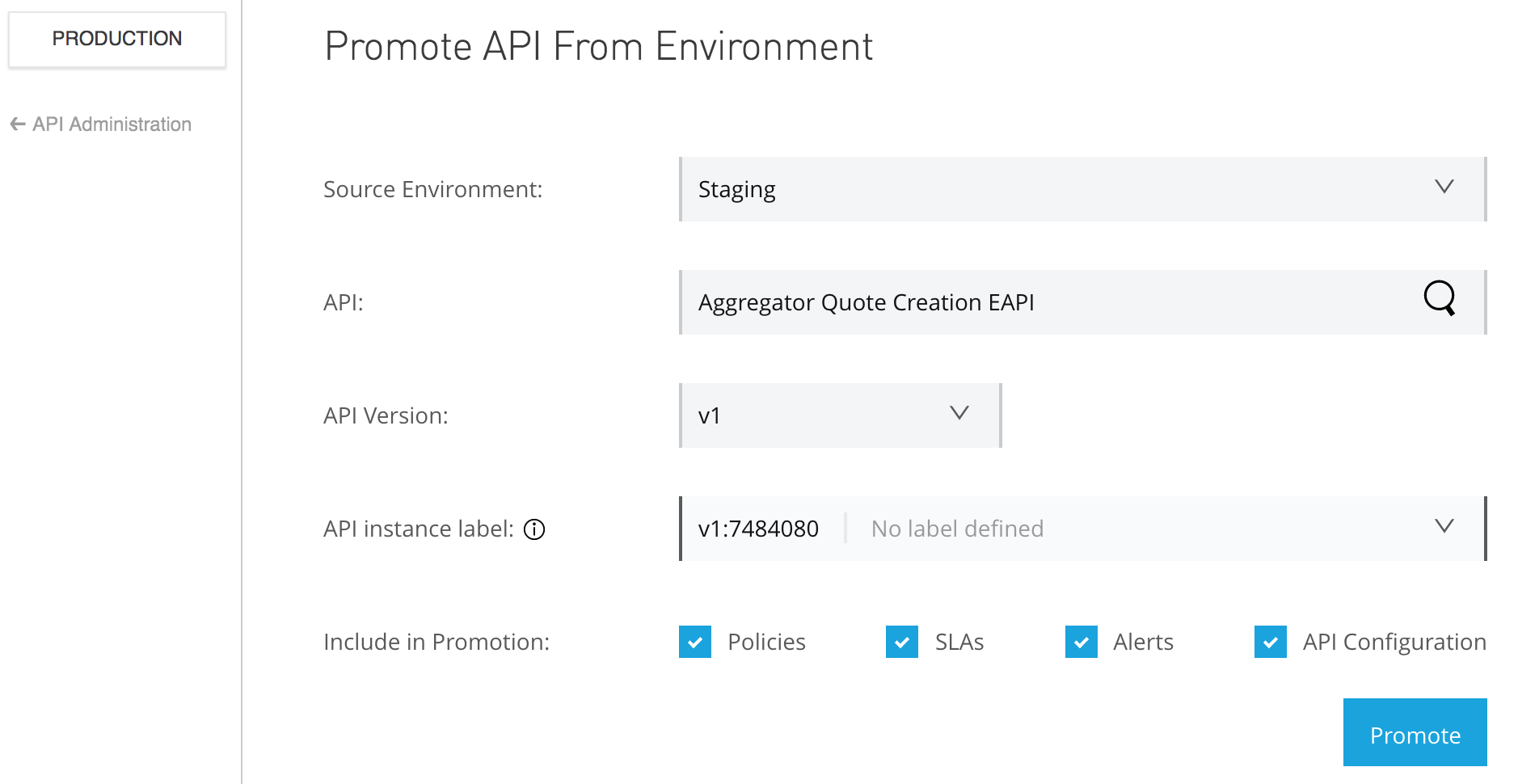 It can be configured by using several ways of the DevOps approach explained as the below image. 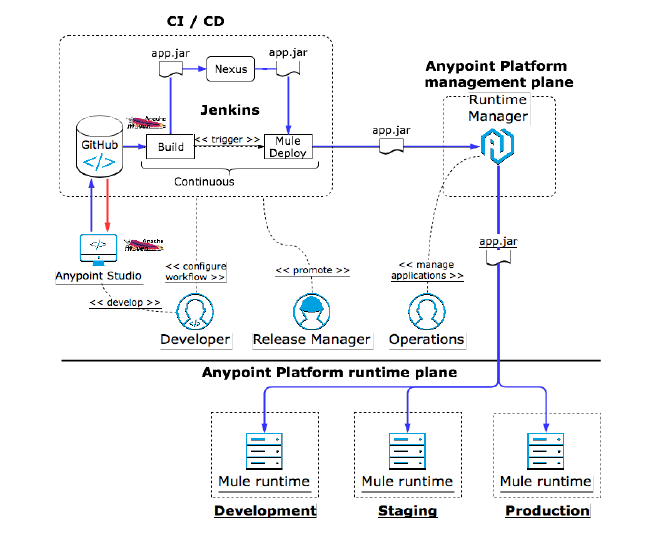 Hope it would help to understand a set approach to follow in API promotion in the Anypoint platform.

It's the power of IPAAS (Anypoint Platform).