If you are looking for a framework to launch a professional web-based application, then Python will be the right choice. This article is dedicated to the Python Web Framework, and here we have tried to cover all the related aspects.

The most important and necessary part of the web development process is to develop the actual website or web application that end-users will use to serve their purpose. It does not matter what kind of platform it will be, whether it will be using Android or iOS, Windows or Mac OS X, etc.

It should be developed in such a way that it suits the best end-user requirements and should provide them with all the functionality they are looking for on their website/web application.

Python web framework is used to develop ultra-modern web applications, which have become the prime requirement of any business or organization to expand their business by providing the best services to their clients and customers worldwide.

Reading the basic information about it would be best to understand the Python web framework deeply.

What Is Python Web Framework?

Python frameworks are known to provide a robust infrastructure for developing software applications. Specifically, in terms of web development, it facilitates the developers to create a web application with speed. In addition, python-based web applications remain reliable through execution and scalable for future expansion.

The Python Frameworks Are Categorized Into Three:

As its name implies, full-stack python web frameworks are perfect and the best -fit for backend and frontend development. It offers tools for developing GUI (graphical user interface) and backend tasks like database connectivity, security mechanism development, etc. The best example is the Django framework, which is counted as one of the best Python frameworks and is popular among developer communities.

A micro-framework might offer support for routing, templating, and other features. A developer who works with a micro-framework would understand the relevant language's standard libraries and third-party package ecosystem to complete their project.

Many Python websites use micro frameworks because they work with fewer resources and are lightweight. They also don't require separate tools for databases or templates, so it is easier to integrate them with other cloud services.

Its main specialty is its simplicity and extensibility, which makes Python micro frameworks different from others. However, it also has some limitations compared to the full-stack Python framework.

These are event-driven frameworks. The best part about Python's asynchronous framework is that instead of waiting for line-by-line handling, it does not wait for any event to be executed before starting another. An asynchronous Framework is used to develop complex web applications. It is a highly scalable tool that handles a high volume of concurrent requests without slowing down or crashing.

The list of features that make it the best framework to use for web development includes:

Some Facts About Python Web Framework 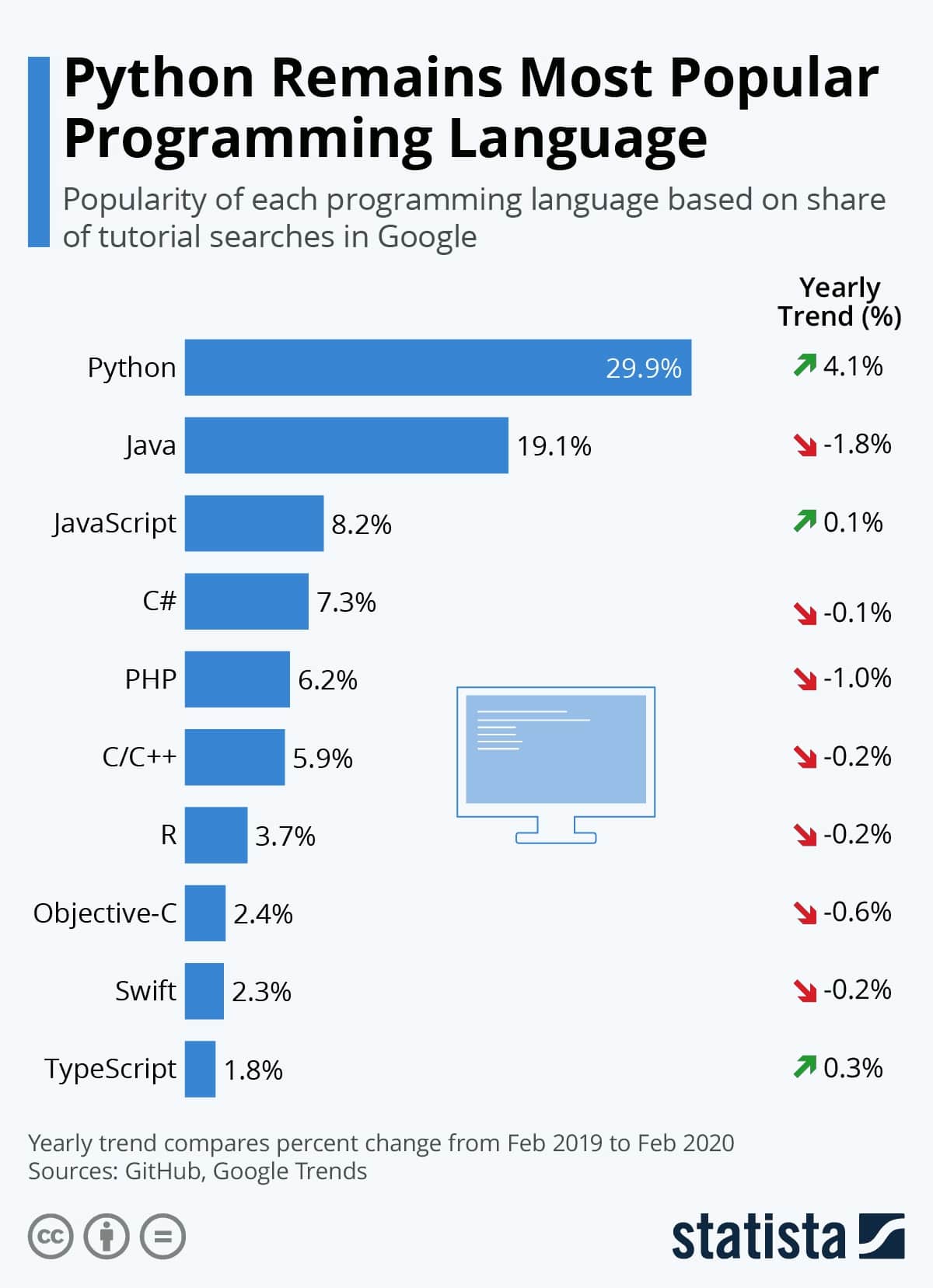 The framework is a set of code written in a programming language, which provides some functionality for programmers to save time and cut down on the time it would take to write all the code from scratch. These are used by programmers when creating web applications, as these web apps often use server-side scripting.

In this respect, Python has a plethora of frameworks that offer robust web development solutions for programmers for various purposes. One such framework is Django; Django is an open-source Python web application framework designed for the rapid development of dynamic websites and back-ends.

Similar utilities are Flask which allows the creation of single-file scripts or small programs; Pyramid, which offers sophisticated routing capabilities with clustered configuration files; and more.

One of the best things about the Python framework is that it offers all the things, utilities, and tools that a programmer needs to create fantastic software applications. When developing a product with modern methodologies, choosing Python development services from an experienced developer is the smartest choice.

Software development companies widely use the Python web framework. It is a one-of-a-kind programming language, making it a versatile choice for developing custom web applications and mobile apps. It has several advantages over other frameworks. Following are some of them:

Let’s expand these advantages to have a deep understanding ahead.

Python language is one of the programming languages from high -the level language family. Still, the best part is its syntax is much simple as we write some words in English like print, exit, etc. it makes the developers and others understand the code in a much easier way.

It is counted as one of the best programming languages any web app development company uses to create professional or business class applications. Instead of understanding the syntax, a developer can focus on writing the direct code.

Python facilitates the developers to create the prototype seamlessly. That is why developers prefer python web development frameworks for web application development.

In terms of flexibility, Python programming language is the most flexible as it can be effortlessly integrated with others. You can use it for different scenarios. The integration can happen with C, Java, .Net, C#, and other languages.

In this blog section, we will read about top-10 python web development frameworks that you can consider in 2022 for creating web applications. So, let's begin with the list.

The Django framework is the top-most choice of any web development company. Developers use this framework to develop complex web and mobile apps on high-quality standards. Due to its open-source nature, Django is cost-effective but most powerful among other python web frameworks that facilitate the developers to create APIs and business class web applications. Currently, 12000 web applications have been developed, and more are yet to come.

It comes under a BSD license and influences the Sinatra Ruby Framework. It utilizes WSGI Toolbox and Jinja2 template, which makes it more special than others. Flask's prime application is to support the developers in creating a robust application base. Some big brands, like LinkedIn, Pinterest, etc., use Flask Python Framework. If we compare it with Django, it is best suited for less-size projects.

In a very short time, Pyramid gained popularity among experienced developers. Python 3 is compatible, or in simple words, you can say that Python 3 is required to work with the Pyramid framework. Its objective is to facilitate developers to create high-quality web applications with less complexity. As a result, the pyramid framework is one of the top choices of experienced web developers.

Turbogears is an excellent Python web framework that is designed to overcome all inadequacies of other python family frameworks. Furthermore, it facilitates software developers to create applications quickly. Turbogears offers elements such as SQLAlchemy, Repoze, WebOb, and others to create the applications fast.

Zope3 is a web framework written in Python based on the Zope Toolkit. It is designed to be scalable and extensible with low latency. This framework aims to provide developers with the ability to build web applications that are easily modularized, highly maintainable, and easily plugged into other systems. or databases. Zope3 was originally developed by Zope Corporation and is now maintained as part of the Zope Foundation.

The bottle is Python's simple, fast, and lightweight web framework. It is a "batteries included" Python framework. It's a lightweight WSGI-based web framework that provides fast reverse-proxy servers. In addition, it supports CSV routing, HTTP file serving, templating with Jinja2 & Blueprints, URL routing with the popular Chameleon templating engine, and more. The most famous example of the Bottle framework is - Netflix, which uses it for its web interface.

Web2Py is a Python web framework that makes it easy to create dynamic websites and powerful internet applications. It offers SQL/JDBC as its database interface, includes support for Google App Engine, and a well-documented, correct, and clear interface designed for beginners and experts. Web2py enables the user to build web applications the same way one would build an application on their computer.

The Tornado Python framework has been around for over 10 years and is still used today. Tornado was originally developed by Martelli et al. in 2005 as a lightweight web framework for Python with an emphasis on extending its capabilities through plugins at the time of its adoption to the needs of modern web development. It has become more popular in recent years due to handling asynchronous event-driven I/O for web applications.

Python is a general-purpose and high-level programming language. It provides an interesting balance of simplicity and power. As a result, we can see that Python web development frameworks are storming over the web development industry. There are many reasons for this, but the most important one is that it provides an easy-to-learn, versatile toolkit with a built-in application server.

Python web frameworks are now used to create the next top most popular sites on the internet, like Pinterest and YouTube. It has proven to be more robust than other programming languages, and developers are moving towards Python because of its simplicity.