Robotic process automation is central to the digital transformation that pushes digitization across industry sectors. 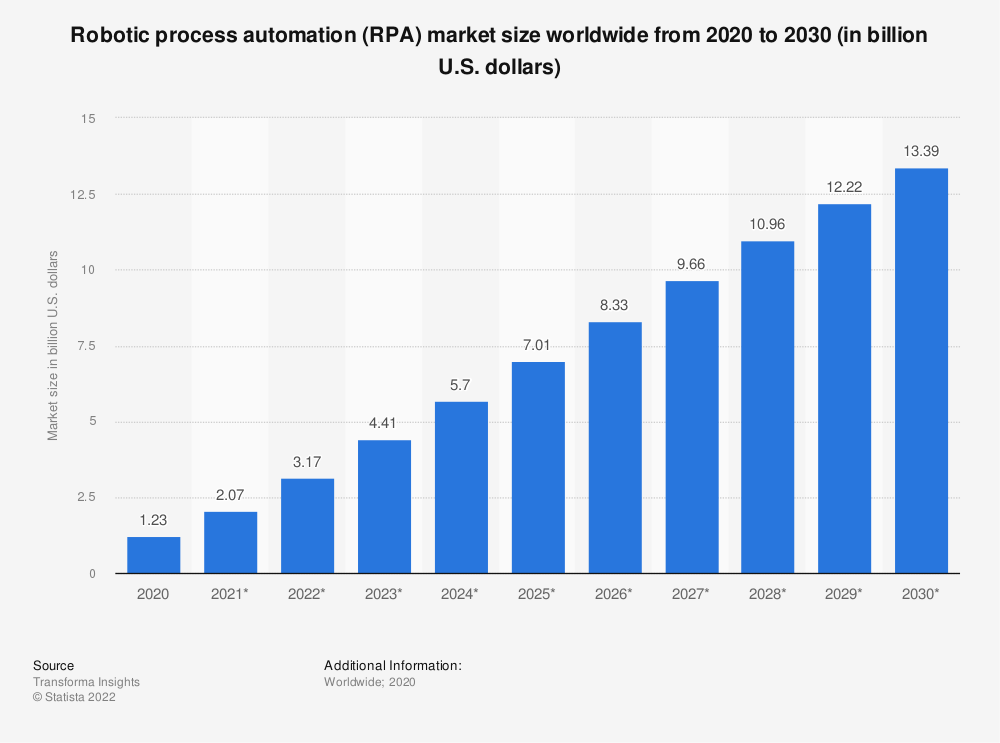 A 2019 global Deloitte report depicts that more than 8 percent of the businesses have started implementing automation extensively, double the percentage from last year.

Despite the hype around RPA, its benefits, and your best attempts to successfully implement it, 30-50 percent of initial RPA implementations fail.

Want to know why?

We have curated a list of the top 5 reasons of probably why your RPA implementation fails:

What Is Robotic Process Automation?

RPA is a sequence of RPA robots that utilize the interface to capture data and produce responses to process a transaction.

RPA bots help to produce responses and process transactions that run on an end user's system, mobile devices, and laptop. They interpret trigger responses to process a massive sort of repetitive task. Hence, it is said that the RPA software robot makes zero mistakes and works tirelessly 24/7.

But as we already know, not all RPA implementations work as successfully as initially anticipated, it comes with its own set of challenges, as discussed in the next section.

7 Reasons Why Your RPA Implementation Fails

Robotic process automation is an excellent software for automating mundane, repetitive tasks, but implementing RPA on a fundamentally broken process can’t fix that.

While evaluating the processes for RPA implementation, you should look for a predictable, repetitive, and rule-based approach. On the contrary, methods that aren’t predictable are not suitable for automation by RPA.

There are two reasons for RPA failure: 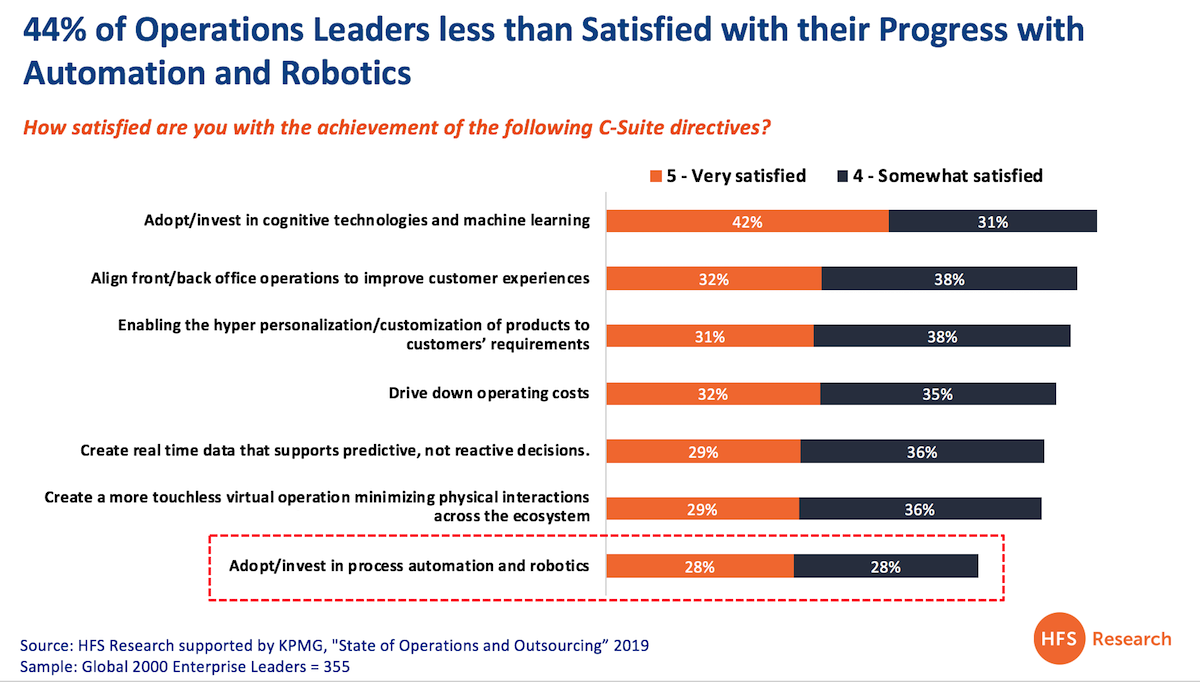 1. The process Is More Dynamic Than Anticipated

This is one of the biggest challenges faced by organizations while implementing RPA. This essentially means that the enterprise is focusing on automating the wrong process.

If the business environment is more dynamic than initially anticipated, then the RPA toolkit should be as such that it can operate in this ever-changing environment while still delivering the right results.

Business processes that involve creative thinking and brainstorming are undoubtedly better suited to humans. But this does not mean that you can not automate these processes.  A workflow automation tool can help you to deal with these repetitive steps in a manner that also requires human decision-making skills. RPA and automation can be clubbed together.

Without proper governance and oversight, your RPA implementation can fail miserably. Owing to the benefits of automation, many organizations assume that the implementation would be successful.

While robotic process automation can replace manual repetitive tasks, project management needs to be handled by humans only.

RPA follows the instructions, and cannot learn to react to unexpected events on its own.

In many scenarios, RPA bots break down when they encounter scenarios they are unfamiliar with. This is a much bigger problem than organizations may think when they first implement RPA.

A common problem with RPA is mostly its rigidity, dependency, and sensitivity of the applications. RPA typically uses screen-cleaning technologies with problems that arise when the user interface changes.

3. Lack of a Coherent Platform

According to research by The Forrester wave, over 50 percent of RPA projects are unable to move beyond 10 bots, and more than 70 percent of RRA projects reach a plateau with less than 50 bots.

Due to a lack of coherent platforms, and the ability to scale modules and intelligence many organizations are failing to achieve their RPA goals.

RPA technologies are most likely to be successful when they are clubbed with other intelligent automation tools such as cognitive capture.

4. Lack of Consistency With Stakeholders

Many managers fail to assess the culture of organizations that need to change and adapt to support the RPA implementation journey. Inculcating new technologies such as RPA is not an easy task because it requires organizations to change how it operates & the behavior of their employees towards these changes.

Training employees in skills and their ability to navigate this behavior is also vital for successful RPA implementation. Managing expectations and aligning them with RPA goals and objectives minimizes the risk of failure.

To avoid the RPA failure, it is important to mark boundaries for the bot deployment. RPA bots automate mundane tasks making it easier for the workforce outside core development to create code. This can lead to shadow deployment as well as a lack of oversight for the organization.

During RPA implementation, RPA bots need to be managed properly while being monitored. Building and deploying bots is easy & deceiving, and without proper technology and process support, this is most likely to become your headache and create more work than doing.

When you first start implementing RPA, you'll want to start automating as much as basic tasks as possible. But before initiating the implementation, it is essential to understand the actual costs and benefits of implementing automation.

Remember that having the ability and proper automation tools doesn't mean you should start implementing RPA without researching your business processes.

As we do before starting with any new technology implementation, measure the results and ensure that RPA can meet its intended goals. Set achievable goals, or you will fail to implement RPA in your business processes successfully.

Consumers expect RPA solutions to start working and delivering results at the first step, but adequately implementing RPA requires a lot of manual work that is very time-consuming and resource-intensive.

Advanced technologies such as RPA are the silver lining for enterprises, but their thoughtful, pragmatic approach can only help businesses to reap the benefits. Failure to adapt to this well-established implementation process can only lead your organization toward project failure.

The reasons mentioned above are just a few of the top reasons for the failure of an automation project. Know the limitations and chose your path carefully to successfully implement RPA in your organization.