Our Redis™ customers who have Lua scripts deployed often report this error – “BUSY Redis is busy running a script. You can only call SCRIPT KILL or SHUTDOWN NOSAVE”. In this post, we will explain the Redis transactional property of scripts, what this error is about, and why we must be extra careful about it on Sentinel-managed systems that can failover. 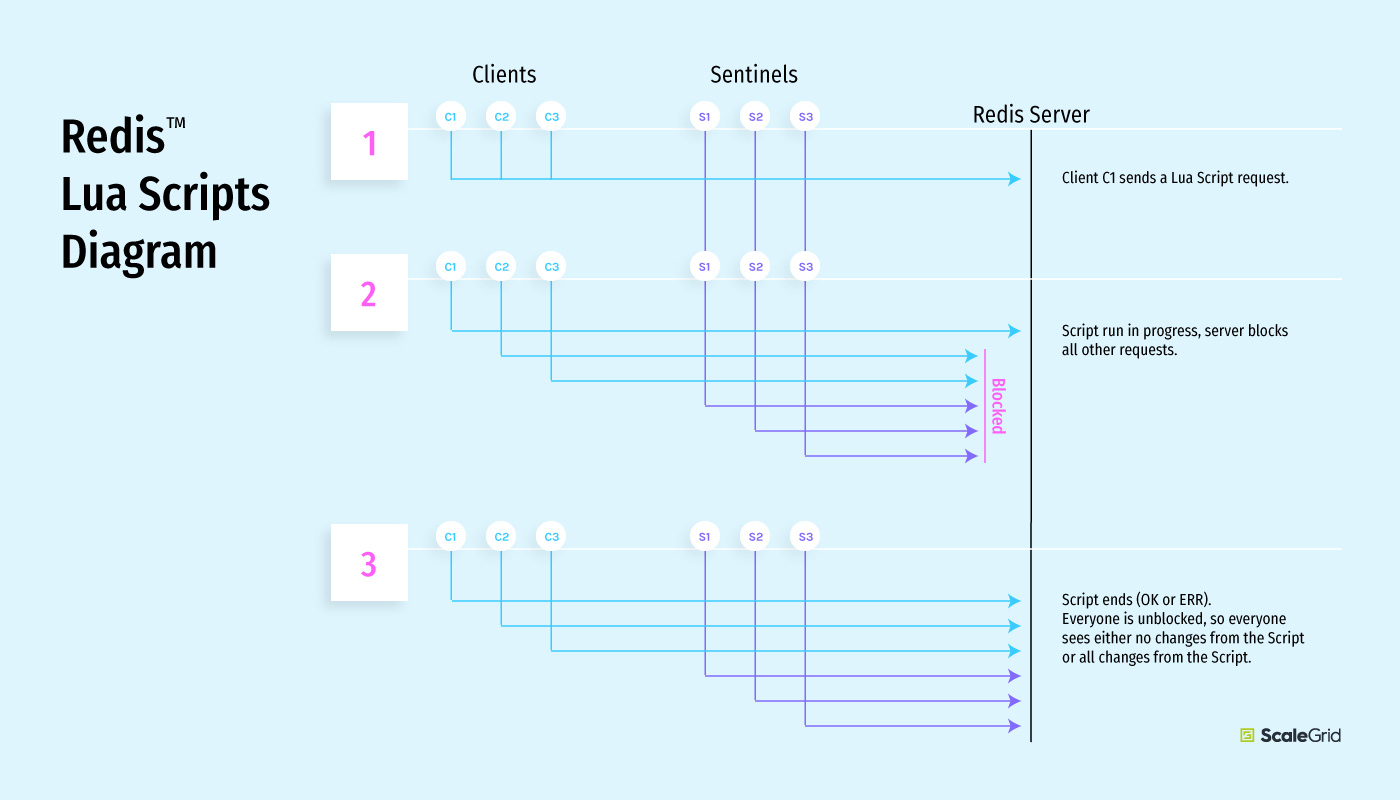 Redis “transactions” aren’t really transactions as understood conventionally – in case of errors, there is no rollback of writes made by the script.

“Atomicity” of Redis scripts is guaranteed in the following manner:

It is highly recommended that the script complete within a time limit. Redis enforces this in a weak manner with the ‘lua-time-limit’ value. This is the maximum allowed time (in ms) that the script is allowed to run. The default value is 5 seconds. This is a really long time for CPU-bound activity (scripts have limited access and can’t run commands that access the disk).

However, the script is not killed when it executes beyond this time. Redis starts accepting client commands again, but responds to them with a BUSY error.

If you must kill the script at this point, there are two options available:

It is usually better to just wait for the script to complete its operation. The complete information on methods to kill the script execution and related behavior are available in the documentation.

We set up a sensitive high availability system to demonstrate this failover behavior. The setup has 2 Redis servers running in a master/replica configuration that is being monitored by a 3-sentinel quorum.

The lua-time-limit value was set to 500 ms so that it starts responding to clients with errors if a script runs for longer than 500 ms. The down-after-milliseconds value on the Sentinels is set to 5 seconds so that a node which reports errors is marked DOWN after 5 seconds.

We execute the following Lua script on the master:

This keeps writing entries into the Redis master. We subscribe to the events on one of the sentinels to observe the behavior.

The script is initiated on the master:

Here is a truncated sequence of activities as seen on Sentinel:

Later, when the old master is brought online, it is changed to a replica:

All the data written to the old master via the script is lost.

Change the Sentinel parameter down-after-milliseconds to a value that will ensure that failovers aren’t initiated. You must do this only after careful consideration because increasing the value drastically will compromise the high availability characteristics of your system. This could also cause genuine server failures to be ignored.