What is your take on the Retrospective: A routine exercise at the end of a Sprint, supported by standard operating procedures? Or a critical part of a Scrum team’s journey of continuous improvement? As you may assume, I advocate for the latter. In my experience, Scrum teams start utilizing Retrospectives to their full potential when they embrace a short set of Retrospective first principles, outlining the essence of the Why, the What, and the How. 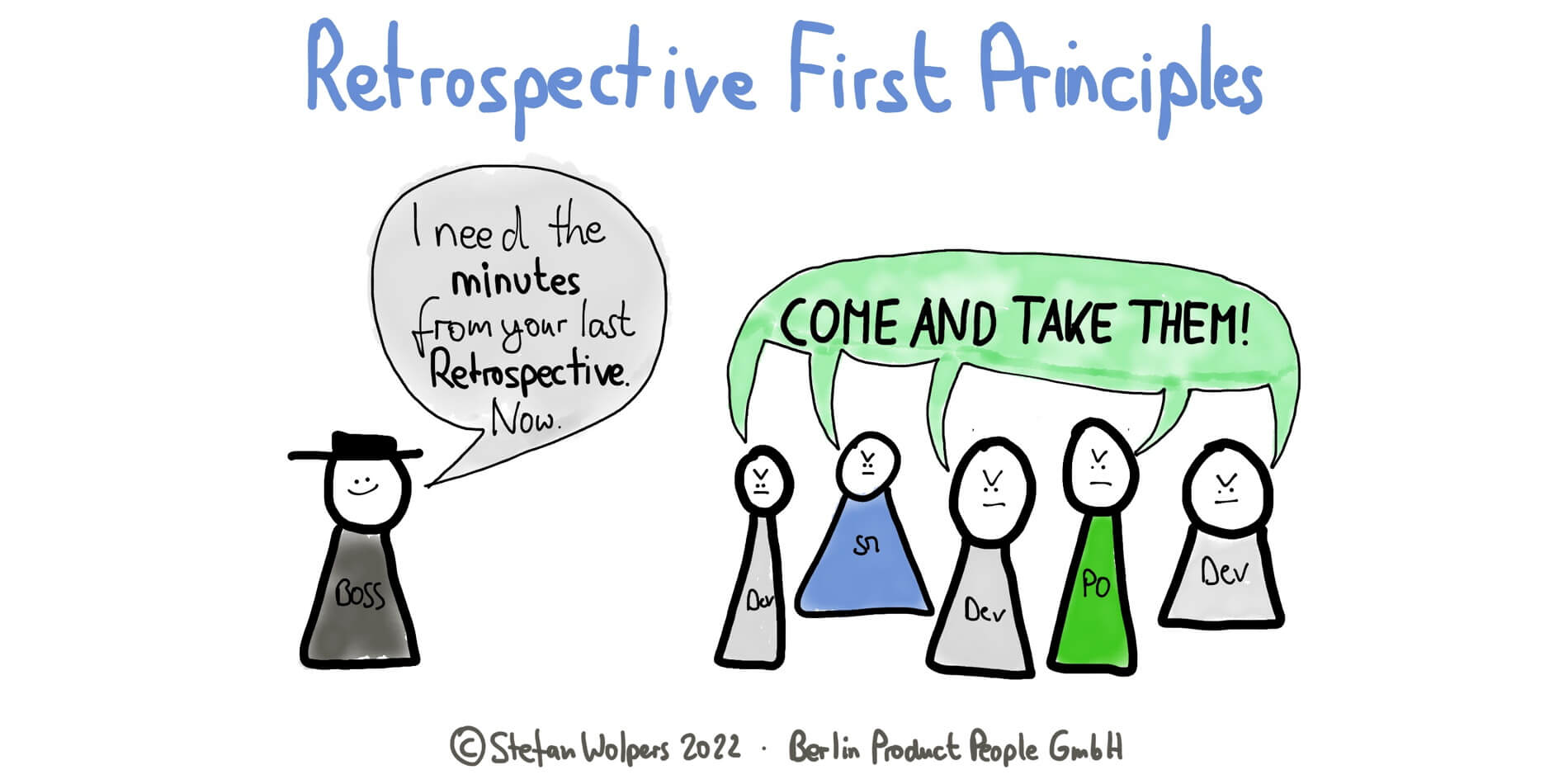 The Scrum Guide on the Sprint Retrospective

According to the Scrum Guide, the Sprint Retrospective serves the following purpose:

The purpose of the Sprint Retrospective is to plan ways to increase quality and effectiveness.

The Scrum Team inspects how the last Sprint went with regards to individuals, interactions, processes, tools, and their Definition of Done. Inspected elements often vary with the domain of work. Assumptions that led them astray are identified and their origins explored. The Scrum Team discusses what went well during the Sprint, what problems it encountered, and how those problems were (or were not) solved.

The Scrum Team identifies the most helpful changes to improve its effectiveness. The most impactful improvements are addressed as soon as possible. They may even be added to the Sprint Backlog for the next Sprint.

The Sprint Retrospective concludes the Sprint. It is timeboxed to a maximum of three hours for a one-month Sprint. For shorter Sprints, the event is usually shorter.

By any standard, this is a compelling pitch of the benefits of Retrospectives, addressing the Why, the What, and the How.

Suppose a Scrum team takes inventing on behalf of customers and creating valuable, viable, feasible, and usable products seriously. In that case, it should be highly motivated to diligently close this feedback loop at the team level every Sprint. Furthermore, everyone should look forward to identifying how to make the next Sprint better and more enjoyable: Are we still progressing towards the team goal? (Regarding the “goal” aspect, the Retrospective resembles the Daily Scrum — inspecting the progress towards the Sprint Goal — and the Sprint Review: inspecting the progress towards the Product Goal.)

The Retrospective in 15 Theses

These are my 15 Retrospective first principles in no particular order:

There are many ways in which a Sprint Retrospective can become a failure, even if it looks suitable at first glance. Therefore, simply adhering to the previously sketched Retrospective first principles does not guarantee success. However, they provide an excellent start to reflect as a team on what is going on at this critical part of a Scrum team’s journey of continuous improvement.

What Retrospective first principles do you appreciate? Please share those with us in the comments.