Apache JMeter™ assertions are components that enable developers to set criteria determining whether a response will be considered a "pass" or a "fail." You can use assertions to ensure returned values from samples and subsamples match expected results, and you can also apply them to JMeter Variables. They will be executed after every sampler in the same scope.

JMeter includes quite a few assertion elements for validating the sampler's response. 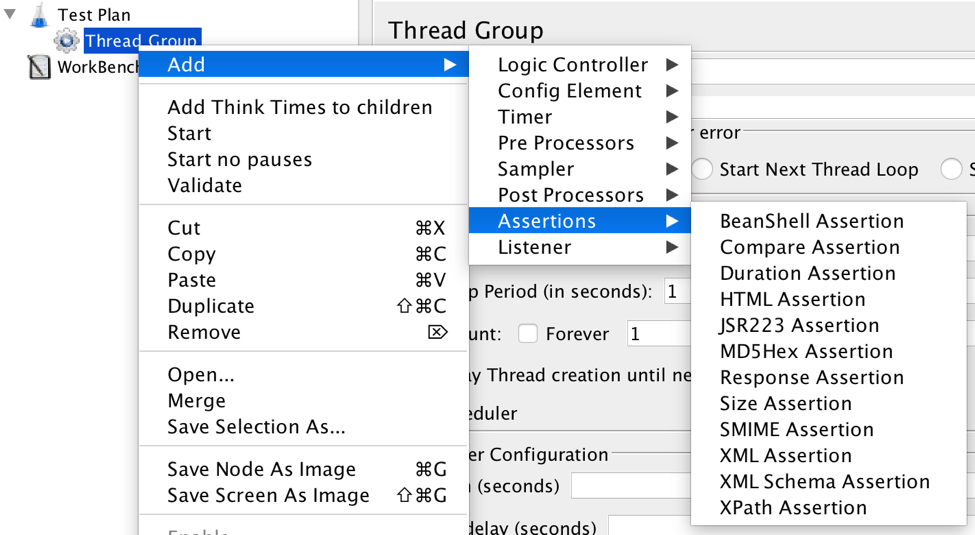 However, sometimes your validation decision might follow complex and advanced logic, and can't be configured using the out-of-the-box JMeter assertions. For example, confirming the validity of a JSON response, followed by evaluation of the values of the response, and having a customized failure message that will help debug the issue.

The Apache Groovy scripting language is great for writing concise and maintainable tests, and for all your build and automation tasks. Groovy has a seamless and transparent integration with Java and any third-party libraries, making it easy to use for Java developers who use JMeter. Features such as Power Assertion make testing and asserting easy and quick in Groovy, compared to any other scripting language available, such as BeanShell.

Additionally, there is a key named "numberOfExpectedServers" inside "result," and we expect it to be equal to 3.

Since we know which keys we are expecting to receive in the response, and the value that should be assigned to them, we can use a Groovy assertion to assert the response.

1. Start with a simple script that includes a Thread Group and a Sampler. I named the Sampler "Choose flight."

2. Add the assertion element that provides us with the ability to use Groovy as our scripting language: JSR223 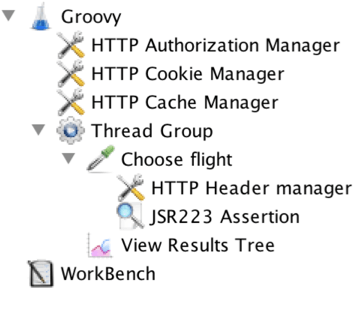 Script compilation caching is the major advantage of using JSR223 elements, as opposed to Beanshell elements.

4. You can now use a premade script (from the Script file section), or write a script from scratch.

Let's look at this script, written from scratch. (To learn more about how to script in Groovy, click here).

The script does the following:

5. Run the script and display the results in a listener.

In this response, the number of servers is 2, and not 3.

By using Blazemeter, a load testing tool that enhances JMeter abilities, we designed our "Errors" report to fit this sort of usage. If the assertion fails, the "Errors" report will help you understand the root-cause of the failure. This makes the debugging process easier.

As you can see, it's clear that the test had a failed element, and any details that were passed to the assertion failure Message would be listed in this table.

Want to learn more? You might be interested in viewing my webinar, Advanced JMeter Scripting - Writing Assertions in Groovy.

To learn more about JMeter check out this free 5-day online course.