I have been using Visual Studio for the last 4 years for all sorts of learning and development projects. Now that I have moved my focus a bit towards Node.js and switched to Microsoft's Visual Studio Code, I feel a bit of uneasiness at times due to the different shortcut keys.

Visual Studio Code provides us a feature to can change the shortcut keys according to our preference, and that is the scope of this blog.

Let's try and change it to Ctrl+k Ctrl+D 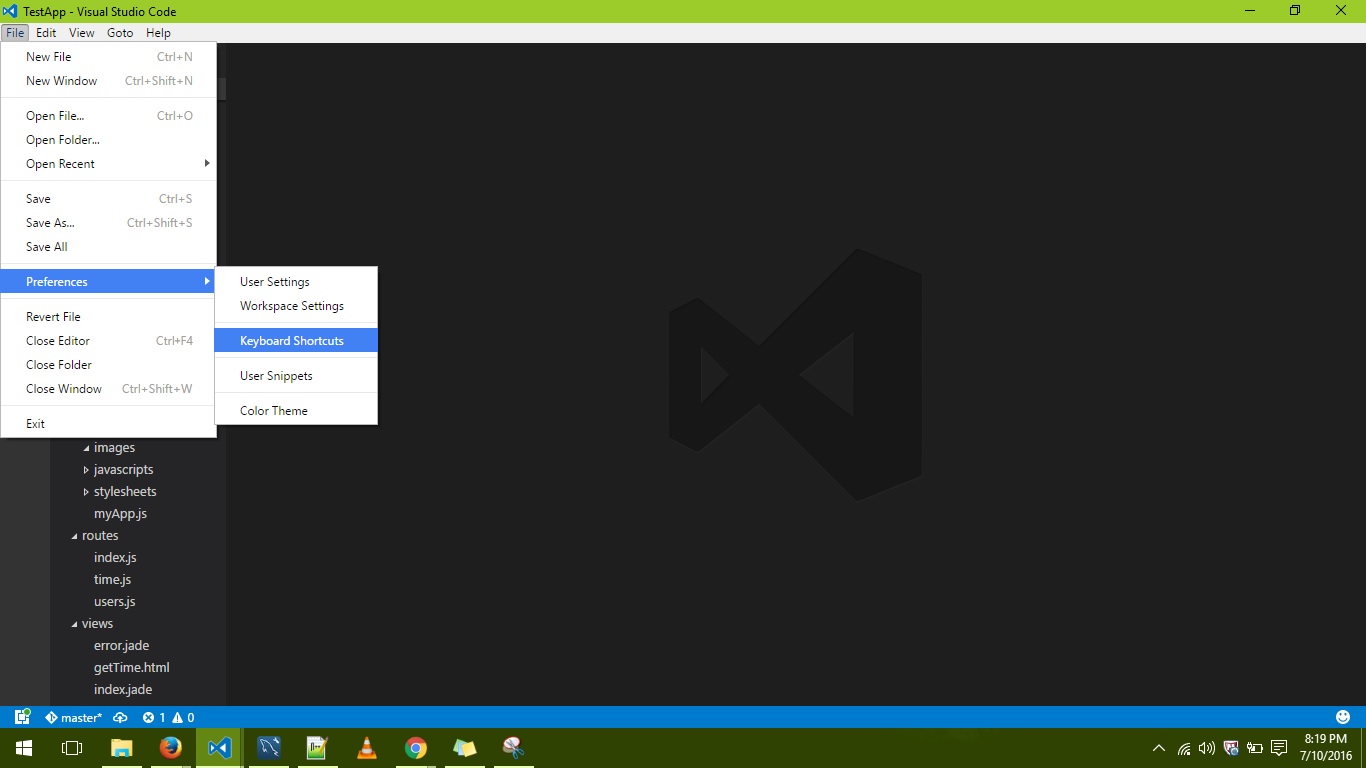 This will open two files beside each other like in the screenshot below: 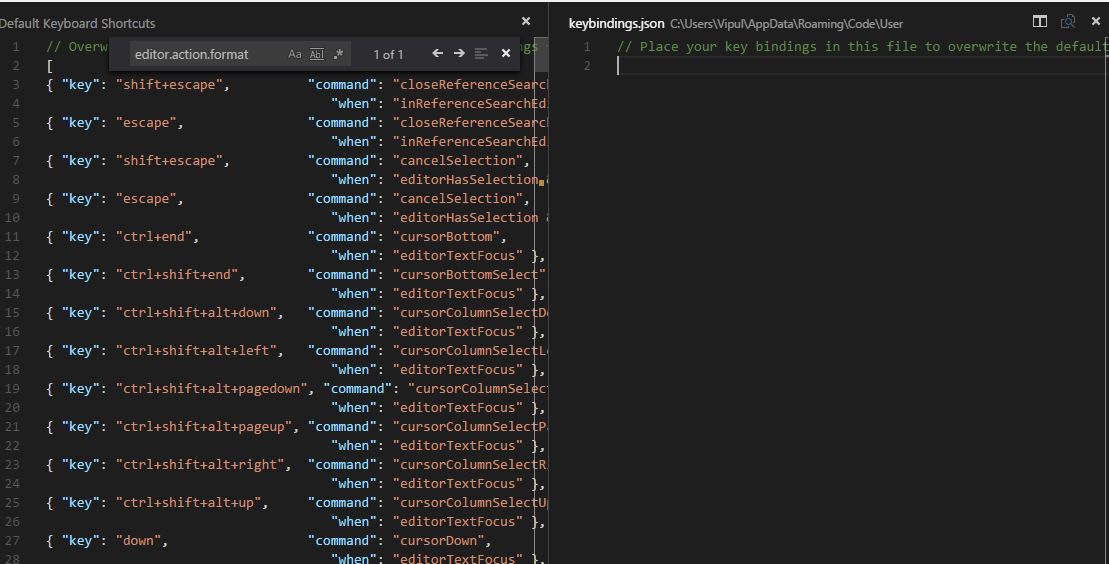 Step 2: Now, on the window on the right i.e. the keybindings.json file, you can define your own shortcut in the below format:

In the above code, we have defined that the set of keys, Ctrl+k Ctrl+D, will fulfill the command of formatting the code in the code editor.

What is There for a JavaScript Developer in VS2017?