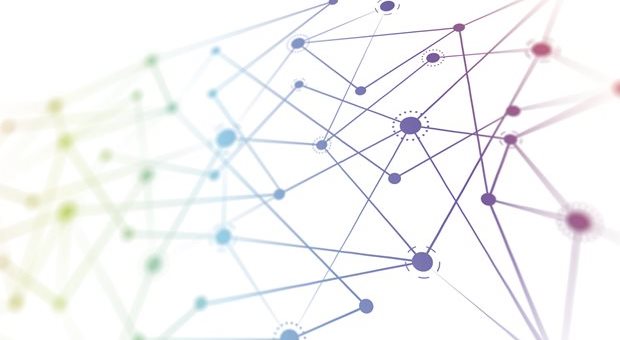 Learn more about various programming models for servers in Java!

Very often, our applications don't need to handle thousands of users in parallel or process hundreds of thousands of messages in one second. We just need to cope with tens or hundreds of concurrently connected users, let's say in our internal application or some microservice application that's not supposed to be under such a big load.

In this case, we can use some high-level frameworks/libraries that are not as optimized in terms of the threading model/used memory, and still, we can withstand that load with some reasonable resources and pretty quick delivery time.

However, from time to time, we encounter situations where a piece of our system needs to be scaled better than the rest of the applications. Writing this part of our system by the traditional way or frameworks could lead to huge resource consumption, and a lot of instances of the same service would need to be started to handle the load. The algorithms and approaches that lead to the ability to handle tens of thousands of connections are also called the C10K problem.

In this article, I'm going to focus mainly on optimizations that can be done in terms of TCP Connections/Traffic to tune your (micro)service instance to waste as few resources as possible, go deeper into how the OS works with TCP and Sockets, and, last but not least, how to gain an insight into all of these things. Let's get started.

Let's describes what kind of I/O programming models we currently have and from what options we need to choose when we design our application. First of all, there is no Good or Bad approach, just approaches that fit better into our current use case. Choosing the wrong approach can have very inconvenient consequences in the future. It can result in wasted resources or even re-writing your application from scratch.

The idea behind this approach is that the Socket Connection is not accepted (we will show later what does it mean) without any dedicated/free thread. Blocking, in this case, means that the particular thread is tied to the connection and blocks always when it reads from, or writes to, the connection.

The simplest version of a Socket Server that starts on a port 5050 and reads from InputStream and writes to OutputStream in a blocking way. Useful when we need to transfer a small number of objects via a single connection then close it start a new when whenever it's needed.

This is a category that the majority of well-known enterprise HTTP Servers belong to. In general, this model uses several Thread-Pools to make processing more efficient in the multi-CPUs environment and more suitable for enterprise applications. There are several ways how thread-pools can be configured but the basic idea is absolutely the same in all HTTP servers. Please, see HTTP Grizzly I/O Strategies for all possible strategies that can be usually configured in terms of Thread-Pool based non-blocking servers. 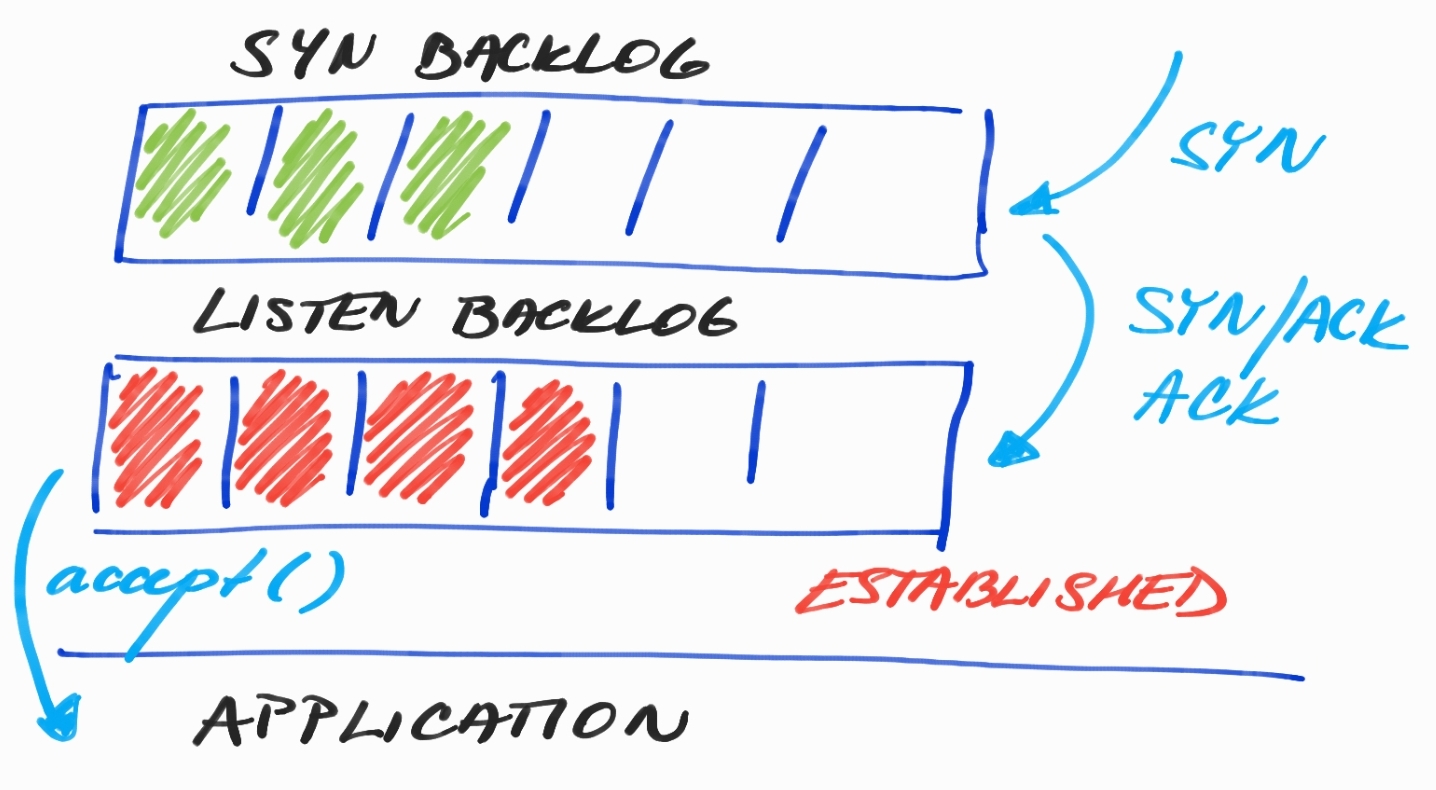 How to Set Up Your Thread Pools

Ok, we have one or multiple Thread-pools for handling blocking business operations. However, what is the optimal size of the thread-pool? We can encounter two problems:

I would refer to a great book Java Concurrency in Practice from Brian Goetz that says that sizing thread pools is not the exact science, it's more about understanding your environment and the nature of your tasks.

If our program contains I/O or other blocking operations, you need a larger pool because your threads are not allowed to be placed on CPU all the time. You need to estimate the ratio of waiting time to compute time for your tasks using some profilers or benchmarks and observe CPU utilization in different phases of your production workload (peak time vs. off-peak). 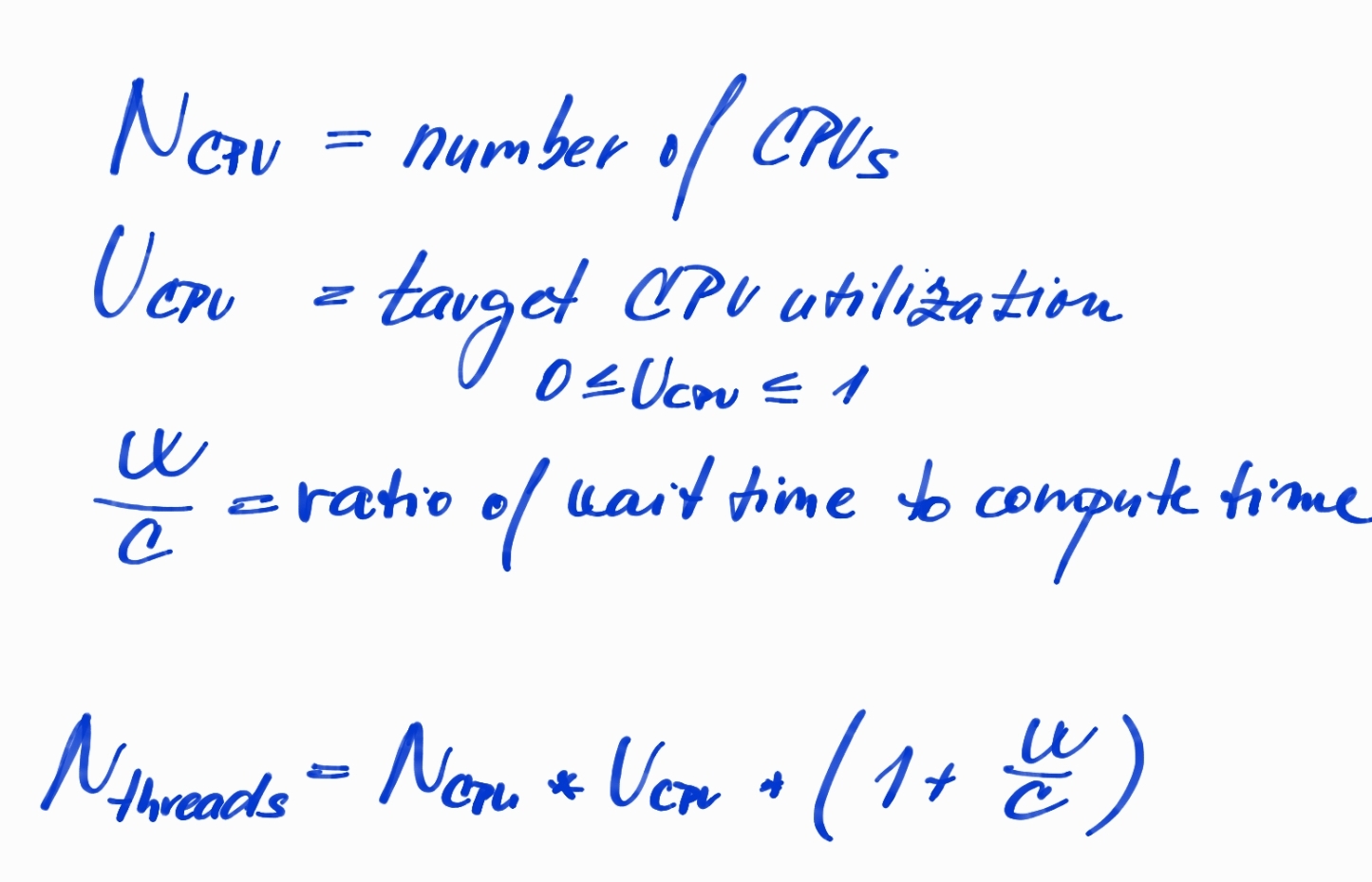 Servers Based on the Same Number of Threads as CPU Cores

This strategy is the most efficient if we are able to manage the majority of our workload in a non-blocking way. That means that handling our socket (accepting connections, reading, writing) is implemented using a non-blocking algorithm but even business processing does not contain any blocking operations.

The typical representative for this strategy is Netty Framework, therefore let's dive into the architectural basics of how this framework is implemented to be able to see why it's the best fit for solving the C10K problem. If you want to dive into details how it really works then I can recommend the resources below:

Netty is an I/O library and framework that simplified non-blocking IO programming and provide an asynchronous programming model for events that will happen during the lifecycle of the server and incoming connections. We just need to hook up to the callbacks with our lambdas and we get everything for free.

It's very discouraging to start building an application with pure JDK NIO but Netty contains features that keep programmers on a lower level and provide a possibility to make a lot of things much more efficient. Netty already contains the majority of well-known protocols which means we can work with them much more efficiently than in higher-level libraries (e.g. Jersey/Spring MVC for HTTP/REST) with a lot of boilerplate.

On the picture above, we can see the main components that are parts of Netty Architecture

Thank you for reading my article and please leave comments below. If you would like to be notified about new posts, then start following me on Twitter!