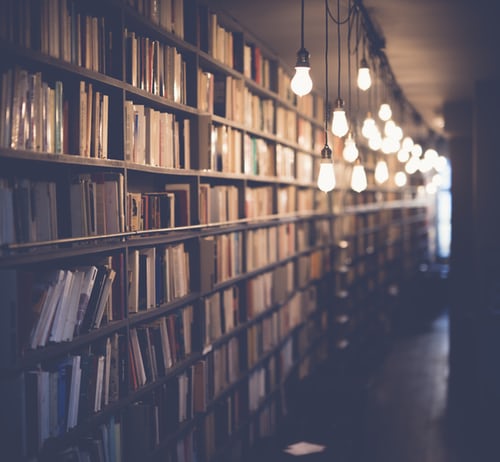 Data science and machine learning are the most in-demand technologies of the era, and this demand has pushed everyone to learn the different libraries and packages to implement them. This blog post will focus on the Python libraries for Data Science and Machine Learning. These are the libraries you should know to master the two most hyped skills in the market.

Here’s a list of topics that will be covered in this blog:

You may also like:  Difference Between Data Science, Data Analytics, and Machine Learning

When I started my research on data science and machine learning, there was always this question that bothered me the most. What led to the buzz around these two topics?

This buzz has a lot to do with the amount of data that we’re generating. Data is the fuel needed to drive ML models, and since we’re in the era of Big Data, it's clear why data science is considered the most promising job role of the era! 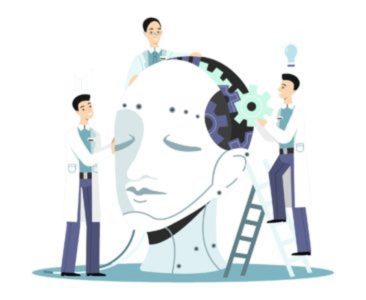 I would say that data science and ML are skills and not just technologies. They are the skills needed to derive useful insights from data and solve problems by building predictive models.

Formally speaking, this is how they are both defined.

Data science is the process of extracting useful information from data in order to solve real-world problems.

Machine learning is the process of making a machine learn how to solve problems by feeding it lots of data.

These two domains are heavily interconnected.

Machine learning is a part of data science that makes use of ML algorithms and other statistical techniques to understand how data is affecting and growing a business.

Python is ranked at number 1 for the most popular programming language used to implement machine learning and data science. Let’s understand why.

The single most important reason for the popularity of Python in the field of AI and ML is the fact that Python provides 1000s of inbuilt libraries that have in-built functions and methods to easily carry out data analysis, processing, wrangling, modeling and so on. In the below section, we’ll discuss the libraries for the following tasks:

Statistics is one of the most basic fundamentals of data science and machine learning. All ML and DL algorithms, techniques, etc. are built on the basic principles and concepts of statistics.

Python comes with tons of libraries for the sole purpose of statistical analysis. In this blog, we’ll be focusing on the top statistical packages that provide in-built functions to perform the most complex statistical computations.

Here’s a list of the top Python libraries for statistical analysis:

NumPy or Numerical Python is one of the most commonly used Python libraries. The main feature of this library is its support for multi-dimensional arrays for mathematical and logical operations. Functions provided by NumPy can be used for indexing, sorting, reshaping and conveying images and sound waves as an array of real numbers in multi-dimension.

Built on top of NumPy, the SciPy library is a collective of sub-packages that help in solving the most basic problems related to statistical analysis. SciPy library is used to process the array elements defined using the NumPy library, so it is often used to compute mathematical equations that cannot be done using NumPy.

Pandas is another important statistical library mainly used in a wide range of fields including, statistics, finance, economics, data analysis and so on. The library relies on the NumPy array for the purpose of processing pandas data objects. NumPy, Pandas, and SciPy are heavily dependent on each other for performing scientific computations, data manipulation and so on. 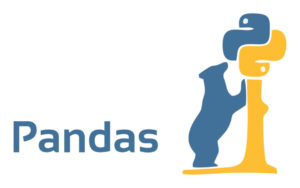 I’m often asked to choose the best among Pandas, NumPy, and SciPy, however, I prefer using all of them because they are heavily dependent on each other. Pandas is one of the best libraries for processing huge chunks of data, whereas NumPy has excellent support for multi-dimensional arrays and Scipy, on the other hand, provides a set of sub-packages that perform a majority of the statistical analysis tasks.

Built on top of NumPy and SciPy, the StatsModels Python package is the best for creating statistical models, data handling and model evaluation. Along with using NumPy arrays and scientific models from SciPy library, it also integrates with Pandas for effective data handling. This library is famously known for statistical computations, statistical testing, and data exploration.

So these were the most commonly used and the most effective Python libraries for statistical analysis. Now let’s get to the data visualization part in Data Science and Machine Learning.

A picture speaks more than a thousand words. We’ve all heard of this quote in terms of art, however, it also holds true for data science and machine learning. 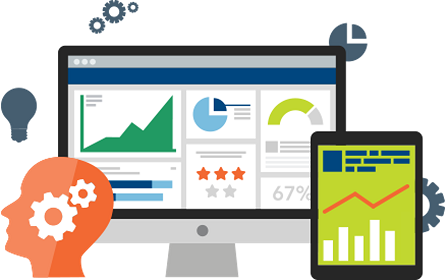 Data visualization is all about expressing the key insights from data effectively through graphical representations. It includes the implementation of graphs, charts, mind maps, heat-maps, histograms, density plots, etc, to study the correlations between various data variables.

In this blog, we’ll be focusing on the best Python data visualization packages that provide in-built functions to study the dependencies between various data features.

Here’s a list of the top Python libraries for data visualization:

Matplotlib is the most basic data visualization package in Python. It provides support for a wide variety of graphs such as histograms, bar charts, power spectra, error charts, and so on. It is a 2 Dimensional graphical library that produces clear and concise graphs that are essential for Exploratory Data Analysis (EDA).

The Matplotlib library forms the base of the Seaborn library. In comparison to Matplotlib, Seaborn can be used to create more appealing and descriptive statistical graphs. Along with extensive supports for data visualization, Seaborn also comes with an inbuilt data set oriented API for studying the relationships between multiple variables. 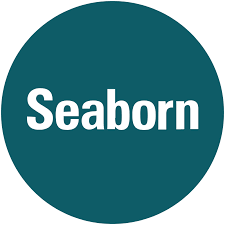 Ploty is one of the most well know graphical Python libraries. It provides interactive graphs for understanding the dependencies between target and predictor variables. It can be used to analyze and visualize statistical, financial, commerce and scientific data to produce clear and concise graphs, sub-plots, heatmaps, 3D charts and so on. 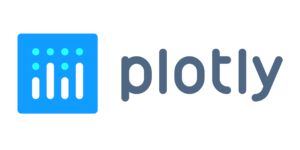 Here’s a list of features that makes Ploty one of the best visualization libraries:

One of the most interactive libraries in Python, Bokeh can be used to build descriptive graphical representations for web browsers. It can easily process humungous datasets and build versatile graphs that help in performing extensive EDA. Bokeh provides the most well-defined functionality to build interactive plots, dashboards, and data applications. 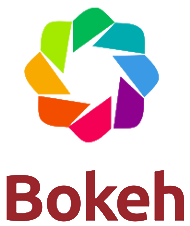 Creating machine learning models that can accurately predict the outcome or solve a certain problem is the most important part of any data science project.

Implementing ML, DL, etc. involves coding 1000s of lines of code and this can become more cumbersome when you want to create models that solve complex problems through neural networks. But thankfully we don’t have to code any algorithms because Python comes with several packages just for the purpose of implementing machine learning techniques and algorithms. 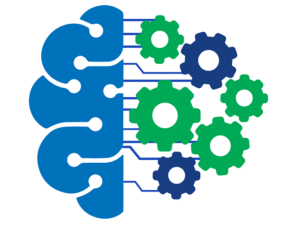 In this blog, we’ll be focusing on the top ML packages that provide in-built functions to implement all the ML algorithms.

Here’s a list of the top Python libraries for Machine Learning: 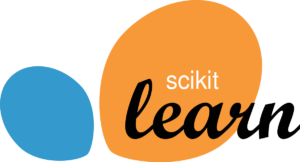 XGBoost which stands for Extreme Gradient Boosting is one of the best Python packages for performing Boosting Machine Learning. Libraries such as LightGBM and CatBoost are also equally equipped with well-defined functions and methods. This library is built mainly for the purpose of implementing gradient boosting machines which are used to improve the performance and accuracy of Machine Learning Models.

Here are some of its key features:

Here are some of its key features:

The biggest advancements in ML and AI is been through deep learning. With the introduction to deep learning, it is now possible to build complex models and process humungous data sets. Thankfully, Python provides the best deep learning packages that help in building effective neural networks. 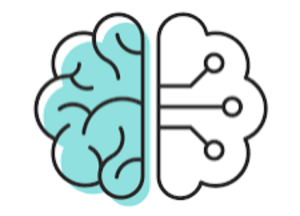 In this blog, we’ll be focusing on the top deep learning packages that provide in-built functions to implement convoluted Neural Networks.

Here’s a list of the top Python libraries for deep learning:

One of the best Python libraries for Deep Learning, TensorFlow is an open-source library for dataflow programming across a range of tasks. It is a symbolic math library that is used for building strong and precise neural networks. It provides an intuitive multiplatform programming interface which is highly-scalable over a vast domain of fields. 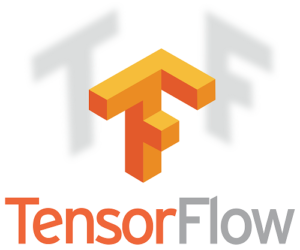 Here are some key features of TensorFlow:

Pytorch is an open-source, Python-based scientific computing package that is used to implement Deep Learning techniques and Neural Networks on large datasets. This library is actively used by Facebook to develop neural networks that help in various tasks such as face recognition and auto-tagging.

Here are some key features of Pytorch:

Keras is considered as one of the best Deep Learning libraries in Python. It provides full support for building, analyzing, evaluating and improving Neural Networks. Keras is built on top of Theano and TensorFlow Python libraries which provides additional features to build complex and large-scale Deep Learning models.

Here are some key features of Keras:

Have you ever wondered how Google so aptly predicts what you’re searching for? The technology behind Alexa, Siri, and other chatbots is Natural Language Processing. NLP has played a huge role in designing AI-based systems that help in describing the interaction between human language and computers. 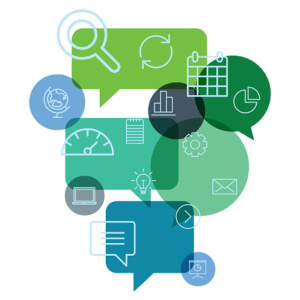 In this blog, we’ll be focusing on the top Natural Language Processing packages that provide in-built functions to implement high-level AI-based systems.

Here’s a list of the top Python libraries for Natural Language Processing:

NLTK is considered to be the best Python package for analyzing human language and behavior. Preferred by most of the Data Scientists, the NLTK library provides easy-to-use interfaces containing over 50 corpora and lexical resources that help in describing human interactions and building AI-Based systems such as recommendation engines. 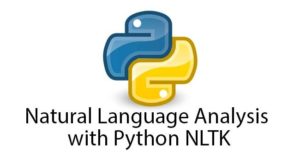 Here are some key features of the NLTK library:

spaCy is a free, open-source Python library for implementing advanced Natural Language Processing (NLP) techniques. When you’re working with a lot of text it is important that you understand the morphological meaning of the text and how it can be classified to understand human language. These tasks can be easily achieved through spaCY.

Here are some key features of the spaCY library:

Gensim is another open-source Python package modeled to extract semantic topics from large documents and texts to process, analyze and predict human behavior through statistical models and linguistic computations. It has the capability to process humungous data, irrespective of whether the data is raw and unstructured.

Here are some key features of Genism:

Data Science vs AI vs ML vs Deep Learning