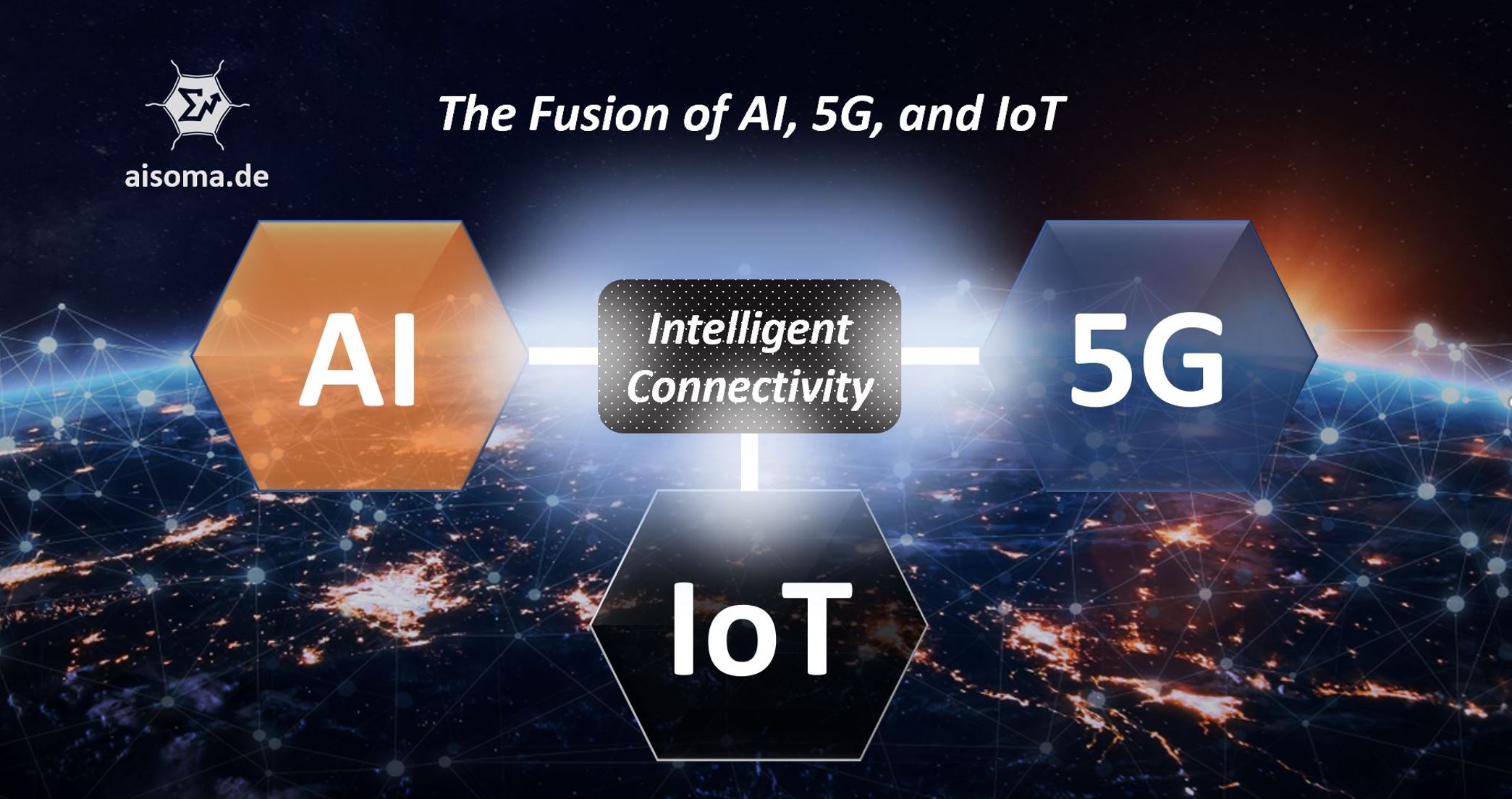 The amount of data is increasing rapidly. More and more devices can produce and transmit data. We live in a world that threatens to drown in the flood of data. The merger of 5G, IoT, and AI could help us and be of great importance when it comes to profiting from the rapid increase in available data.

The Fusion of 5G, AI, and IoT will play a significant role in critical areas like: 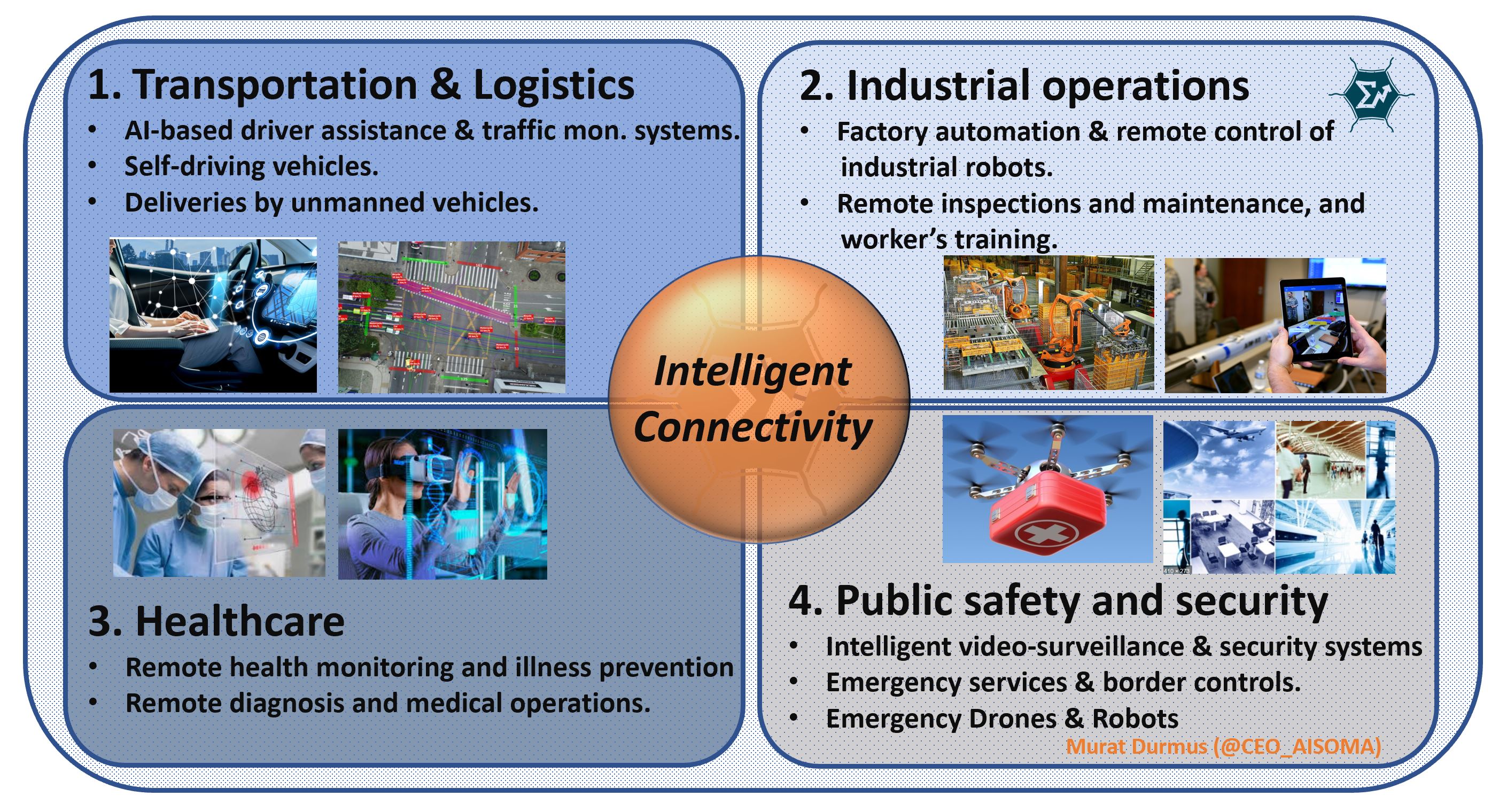 Before I go into the fusion of 5G, IoT, and AI, I would like to explain these three terms briefly.

5G (fifth generation) is the name of a standard for mobile Internet and mobile telephony. 5G is to build on the existing Long Term Evolution. Significant innovations of 5G are only expected when frequencies above 6 GHz are used. The radio cells are expected to be expanded more closely in cities with 5G than with predecessor technologies.

In December 2018, the 3GPP standardization organization published Release 15, the first standard containing the functions of 5G. Further features are planned for Release 16, which will be published in December 2019.

Compared to the 4G standard, the following properties are expected for the 5G technology:

The Internet of Things is a collective term for technologies of a global infrastructure of information societies that makes it possible to network physical and virtual objects with each other and let them cooperate through information and communication technologies.

Functions implemented with technologies of the “Internet of Things” allow interaction between humans and any electronic systems networked via them, as well as between the systems themselves. They can also support people in their activities. The ever-smaller embedded computers are designed to encourage people without distracting or attracting attention. For example, miniaturized computers, so-called wearables, are integrated directly into garments using various sensors.

Artificial intelligence is a branch of computer science that deals with the automation of intelligent behavior and machine learning. The term cannot be clearly defined in so far as there is already a lack of a precise definition of “intelligence.” Nevertheless, it is used in research and development.

In general, artificial intelligence refers to the attempt to reproduce specific human decision-making structures, e.g., by building and programming a computer in such a way that it can work on problems relatively independently. Often, however, this is also referred to as imitated intelligence, whereby mostly simple algorithms are used to simulate “intelligent behavior,” for example, in computer games.

The understanding of the term artificial intelligence often reflects the Enlightenment ideal of “man as machine.” The imitation of which is aimed at the so-called strong AI: to create knowledge to mechanize human thinking or to construct and build a machine that reacts intelligently or behaves like a human being. After decades of research, the goals of strong AI are still visionary. 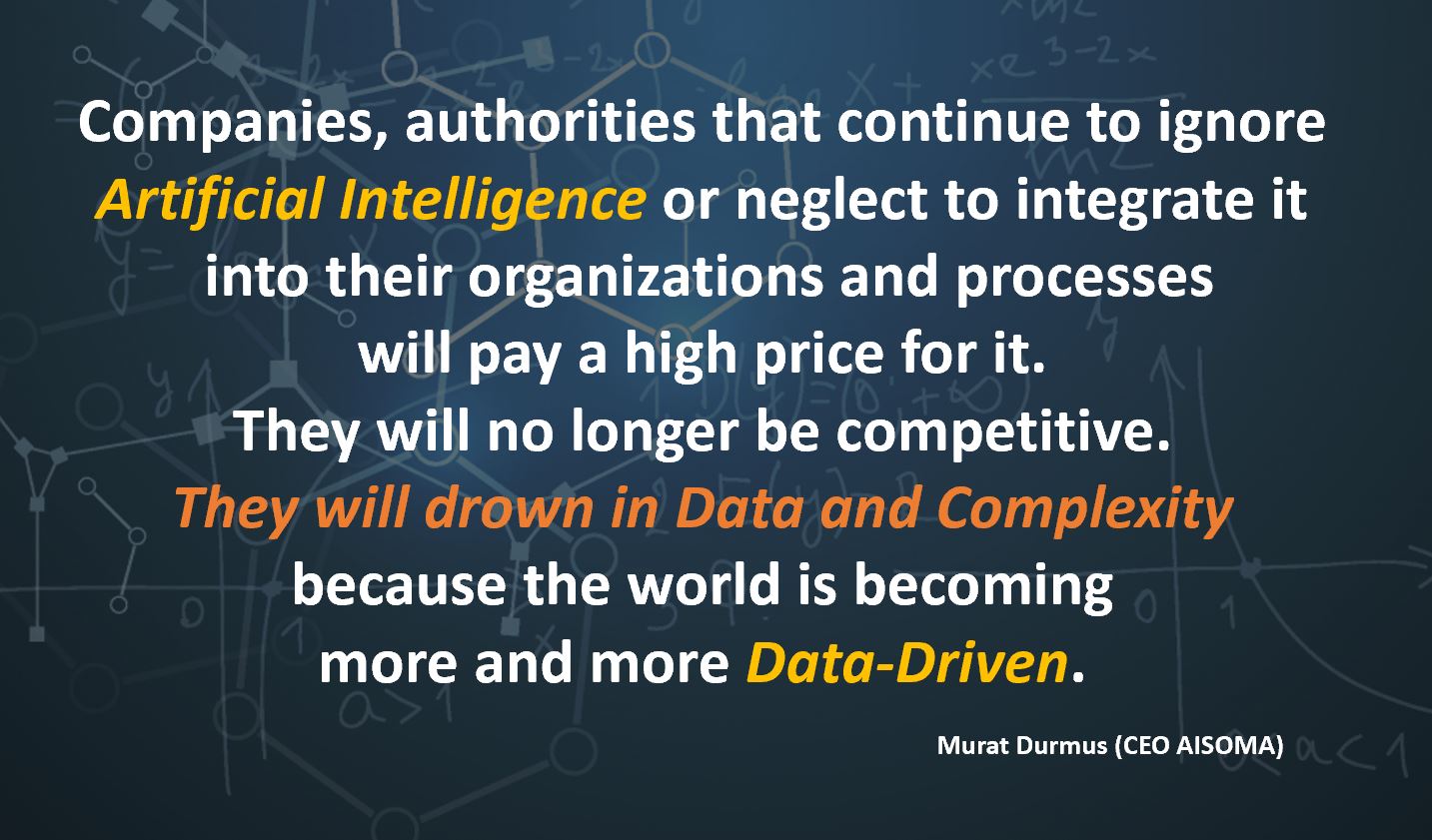 What Makes the Fusion of 5g, IoT, and AI so Unique?

The combination of 5G, the Internet of Things, and artificial intelligence is one of the significant keys to accelerating technological development and enabling new disruptive digital services. The digital information collected by the machines, devices, and sensors of the Internet of Things can now be efficiently analyzed and contextualized by AI technologies.

This would enable both decision making and the provision of personalized experiences to users and would significantly improve them. The more productive and fulfilling interaction between humans and the environment could thus be significantly promoted.

The rapid advances in artificial intelligence, driven by increasing computing power, the training of data scientists, and the availability of machine learning tools to develop advanced algorithms, are moving the efficient use of the Internet of Things into the realms of practical suitability.

5G is the missing link between IoT and AI. The ultra-fast and extremely low-latency connectivity of 5G networks, combined with the vast amount of data collected by the Internet of Things and the contextualization and decision-making capabilities of artificial intelligence technologies, will enable new transformational capabilities in virtually every industrial sector. That can transform our society and our way of life and work.

Published at DZone with permission of Murat Durmus . See the original article here.