The Software-Defined Wide-Area Networking (SD-WAN) market has been maturing for several years now, as a wide variety of enterprises revamp not only their WAN architectures but also begin to shift toward a business-first networking model that enables them to accelerate digital transformation and cloud initiatives.

Yet, in spite of the fact that the ‘SD-WAN’ designation might suggest that these products are little more than a better way of implementing WANs, there is far more to them. To flesh out the specifics, we’re writing a four-part BrainBlog series for Silver Peak, one of the leaders in the burgeoning SD-WAN marketplace.

As the first in the series, this BrainBlog focuses on perhaps the most familiar benefits of an SD-WAN: simplifying and unifying the WAN edge. 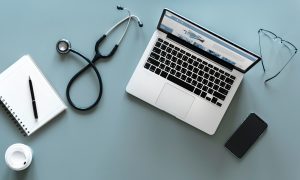 From the perspective of the network, the edge is nothing more than the devices that people use to access the network and the facilities that support them. The edge, therefore, might include computers, mobile devices, point-of-sale (POS) systems, Internet-of-Things sensors, and actuators, as well as the offices, branch locations, retail establishments, or any facility that a business might use to contain such equipment.

But, of course, the more important perspective is that of the human in the equation. From an end-user’s perspective, the edge is where we interact with technology and applications — the point where our fingertips end and the technology begins.

If we take a simple example, say a fast food restaurant, then where is the edge? The POS systems to be sure. The computer in the manager’s office. The Wi-Fi the restaurant provides to its customers.

There’s one more part of the edge that customers never see — the equipment in the network closet. Traditionally, this closet might contain a router, a firewall, a print server, a Wi-Fi hotspot, a WAN optimization appliance, and for some businesses, a file server or other equipment.

Someone has to manually configure, deploy, and manage each of these devices. This necessary on-site IT support is both time consuming and expensive.

The last thing the restaurant manager wants, of course, is for employees of the restaurant to fool around in that closet. As a result, the restaurant has two costly items on its balance sheet: the capex for the equipment in each of these closets (at least one closet per facility) and the recurring management operating costs of servicing such equipment.

An SD-WAN helps on both accounts. First, it can simplify and consolidate much of the conventional networking gear in the closet. Second, an administrator at a central office can manage it, largely by automating the necessary configuration, deployment, and management tasks, thus lowering both equipment and support costs — a double win.

Civil engineering firm J-U-B Engineers was one company that took advantage of these operational efficiencies. J-U-B has 17 offices scattered across five western states – and many of its project teams contain people from multiple offices.

From the perspective of the engineers and other employees at J-U-B, they simply saw the greatly improved performance for a better overall quality of experience.

However, behind the scenes, the company not only reduced the equipment in its network closets, but it also centralized management at its headquarters so that no one at the branch offices had to worry about configuring, managing, or securing their network equipment.

There are other business reasons for deploying an SD-WAN beyond unifying the network closet itself. Chief among these is segmenting the network into end-to-end secure zones.

Depending upon the use case, a business may wish to treat its network as two or more separate network zones — and not simply the distinction between local-area networks (LANs) and WANs, either.

A bank branch may want to segment social media and streaming video traffic to have a lower priority than corporate applications traffic. Or, a doctor’s office might want to segment guest Wi-Fi for patients on a separate network zone from patients’ electronic medical records (EMRs), for example.

Tennessee Oncology is a leading physician group, participating in both clinical trials and new treatments, and it delivers cancer treatments through a network of over 30 community-based clinics.

The challenge Tennessee Oncology faced was how best to deal with EMRs across its offices, given the strict privacy compliance mandates of HIPAA.

The solution was to implement Silver Peak EdgeConnect, which can segment traffic from LAN to WAN to LAN based on either the application or web domain. In essence, with a unified SD-WAN edge, IT can centrally define separate, geographically independent network zones that comply with security policies across office locations.

The group was pleased with the results. “What we appreciated most about EdgeConnect was the visibility it provided at the edge, with the control to segment application traffic to fit our business needs,” said Robert Holloway, Infrastructure Manager with Tennessee Oncology. “It was easy and improved efficiency. We could also deploy EdgeConnect quickly with less complexity in the field.”

The benefits that Tennessee Oncology enjoyed at the edge, therefore, comprised both network segmentation as well as an improved quality of user experience, reduced deployment and management overhead, and the zero-touch deployment that J-U-B Engineering also took advantage of.

Holloway emphasized the improved manageability. “With EdgeConnect, we can move beyond a conventional router- and firewall-centric WAN architecture toward a centrally managed and fully integrated WAN edge,” he added.

This BrainBlog focused on the benefits of implementing a unified WAN edge, but there are still plenty more benefits to cover. The next post will take a closer look at the ability to use any combination of network connectivity, as distributed organizations take advantage of the favorable economies of broadband connectivity, delivering the highest quality of experience for users, even for voice and video applications.

We’ll round out the series with a post on automation, especially for the IT personnel responsible for the network, followed by how SD-WAN technology is moving in the direction of becoming self-driving.

The primary takeaway from this series, in fact, is the sheer versatility of an SD-WAN, as it becomes a central part of how every organization will implement networking now and in the future.

Copyright © Intellyx LLC. Silver Peak is an Intellyx client. At the time of writing, none of the other organizations mentioned in this article are Intellyx clients. Intellyx retains full editorial control over the content of this paper. Image credit: Sergio Santos.