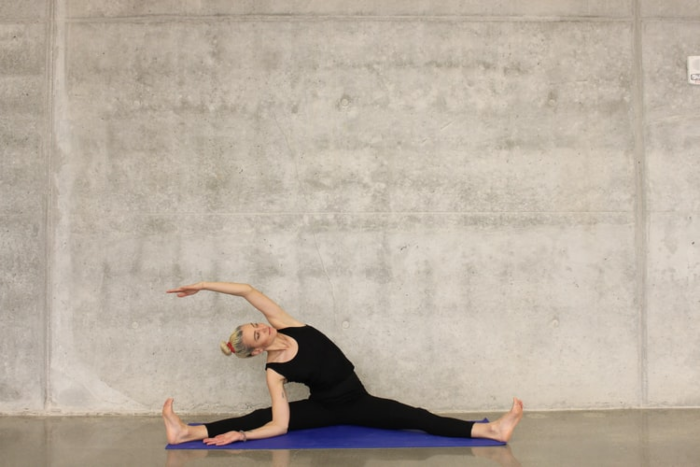 Learn how to 'extend' your VS Code.

In just a few years, the Visual Studio Code has conquered the hearts of a wide variety of developers. It took off very quickly in the web development communities, but it has now also become the IDE of choice for Java, Python, or C/C++ developers as well, whether they run Linux, macOS, or Windows. In fact, in Stack Overflow's most recent developer survey, VS Code is ranked at over 50% market share among the 90,000+ developers who responded.

You may also like: Top 5 Must-Have Visual Studio Code Extensions

Whether you're just getting into IoT or whether you've been working on IoT solutions for some time already, you've probably realized that "full-stack developer" is a term that also often applies to IoT. You may very well be spending most of your days working on developing and testing the firmware of your connected embedded device in C. Still, once in a while, you may want to tune some Python scripts used for you build system, or use a command-line tool to check that your IoT backend services are up and running.

Rather than having to switch from one development environment or command line terminal to the other, I wouldn’t be surprised if, just like me, you’d be interested in doing most of your work without ever leaving your IDE.

In this article, we look at some essential VS Code extensions that will help you become a more productive IoT developer.

VS Code Extension for Arduino

It’s been a very long time since I last opened the Arduino IDE on my computer. It is a great tool, especially for helping newcomers get started with the Arduino ecosystem, but it is lacking some key features for anyone interested in doing more than just blinking an LED or running basic programs. Now that more and more platforms are compatible with Arduino, from RISC-V developer kits such as HiFive1 to ESP32 or STM32 Nucleo family, there are even more reasons for looking for a better IDE for Arduino development.

The VS Code extension for Arduino is built on top of the official Arduino IDE — which you need to install once but will probably never open ever again — and provides you with all the features you'd expect to find in the classic IDE (e.g. browsing code samples or monitor your serial port). 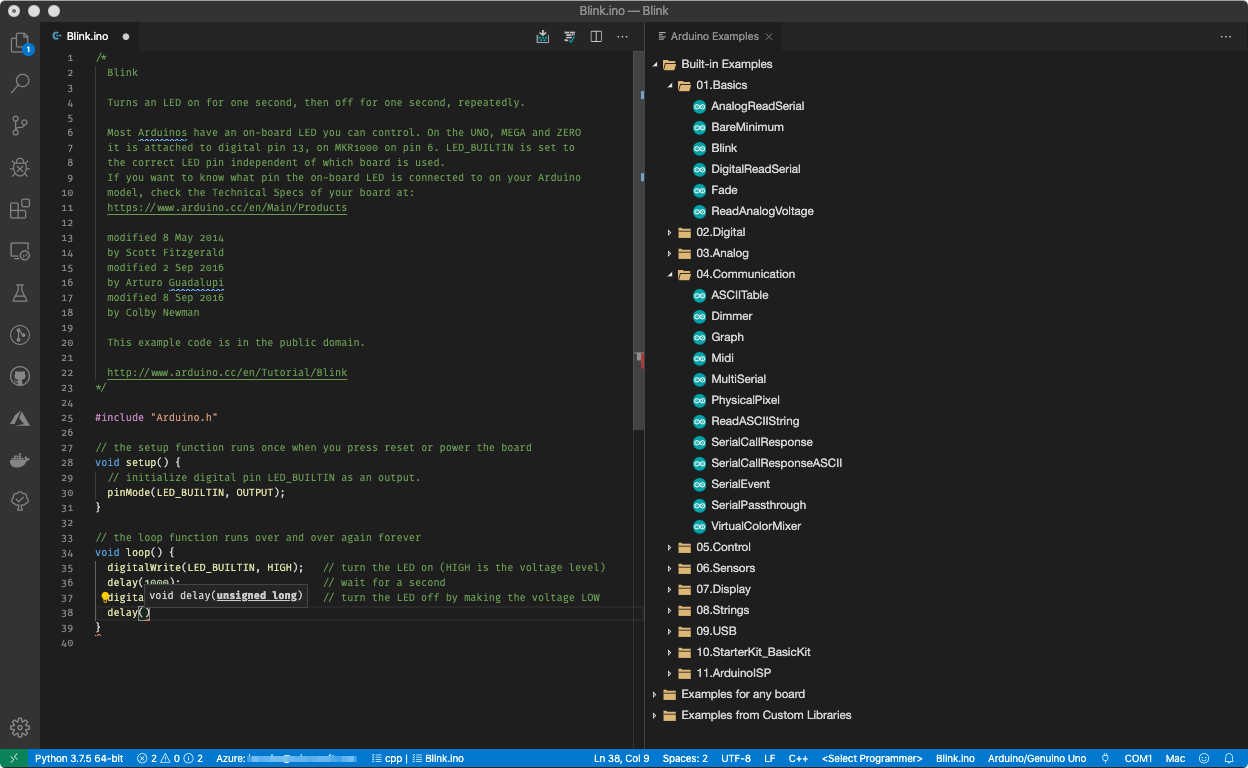 What makes the extension particularly powerful in my opinion, is the fact it builds on top of the VS Code C/C++ tools to provide you with full-blown Intellisense and code navigation for your code, which proves to be very useful

I vividly remember the first time I put my hands on and soldered an Arduino-compatible board, circa 2010, at the TechShop Menlo Park. It's been incredible to see the Arduino ecosystem grow over the years. Equally incredible is to think that until very recently, debugging a so-called sketch was reserved for the most adventurous programmers. If there was only one reason for you to try out the VS Code extension for Arduino, it has to be the fact it makes debugging Arduino programs so much easier (no more ‘Serial.println’ traces, yay!).

Behind the scenes, the extension leverages common debug interfaces such as CMSIS-DAP, JLink, and ST-Link. If your device already has an onboard debugging chip implementing one of these interfaces, you’re all set! If not, you will simply need to look at using an external connector that’s compatible with your chip.

Like I mentioned in the previous section, there are more and more platforms that tap into the Arduino paradigm, but there is, of course, more to embedded development than the Arduino ecosystem.

PlatformIO originated as an open-source command-line tool to support IoT and embedded developers by providing a uniform mechanism for toolchain provisioning, library management, debugging, etc. It quickly evolved to integrate tightly with the VS Code, and the PlatformIO IDE extension for VS Code is now one of the most popular ones on the Visual Studio Marketplace.

Another interesting feature is the ability to convert an existing Arduino project to the PlatformIO format, essentially making it much easier to share with your coworkers (and the world!), since it can then leverage PlatformIO’s advanced library management features. For example, it can automatically pull your 3rd party libraries solely based on the header files you’re including in your code.

The Azure IoT Tools extension for VS Code is essentially an extension bundle that installs in one single click the Azure IoT Hub Toolkit, the IoT Edge extension, and the Device Workbench.

As you look at connecting your devices to the cloud, Azure IoT Hub provides you with all you need to manage your devices, collect their telemetry and route it to consuming services, and more. Using the Azure IoT Hub extension, you can easily provision an IoT Hub instance in your Azure subscription, provision your devices, monitor the data they are sending, etc. all without having to leave your IDE!

If you are interested in using a container-based architecture for making your IoT gateways smart, chances are IoT Edge can help you! Thanks to the dedicated extension, you can easily build your custom IoT Edge modules, and deploy them to your edge devices connected to IoT Hub, either real ones or simulated ones running on your development machine.

Finally, Device Workbench can help you get started very quickly with actual devices. It provides a set of tools to help with building your own IoT plug-and-play device, or simply to try out Azure IoT with an actual device, using one of the many examples bundled with the workbench.

What do I like the most with the Azure IoT Tools extension? Every few weeks, you get tons of awesome updates and new features, as the extension is actively developed.

IoT Development is much more than writing code for embedded devices. Frequently, you will find yourself in a situation where you want to interact with a folder that lives in a container on a remote edge gateway, or on a cloud server. You sure can use SSH and/or SCP to sync your local and remote development environments, but this can be pretty painful and error-prone.

The Remote Development extension pack allows you to open any folder in a container or on a remote machine and to then just use VS Code’s as if you were manipulating local resources.

If you are like me, your go-to tool for testing REST APIs is probably Postman. It is indeed a great tool for creating and testing REST, SOAP, or GraphQL requests and it even allows you to save queries in the cloud and to share them with your colleagues.

I recently found myself in a situation where I wanted to share some sample queries with people during a training session, and I didn’t want them to have to copy-paste unnecessarily from the training instructions to Postman; instead, I wanted the queries to be part of the actual training material!

The REST Client extension turns any file with a .http or .rest extension into an executable notebook, where you can very easily execute all the queries contained in it.

As you build an end-to-end IoT solution, it is more than likely that you will rely on 3rd party services along the way, and that you will interact with them using some form of REST API. For example, you may rely on a weather service as part of your predictive maintenance computations. Below is an example of how I shared with my students a few queries showing how to use the Azure Maps API to compute routes or render map tiles.

You can also always find me on Twitter to continue the conversation.

Published at DZone with permission of Benjamin Cabé. See the original article here.