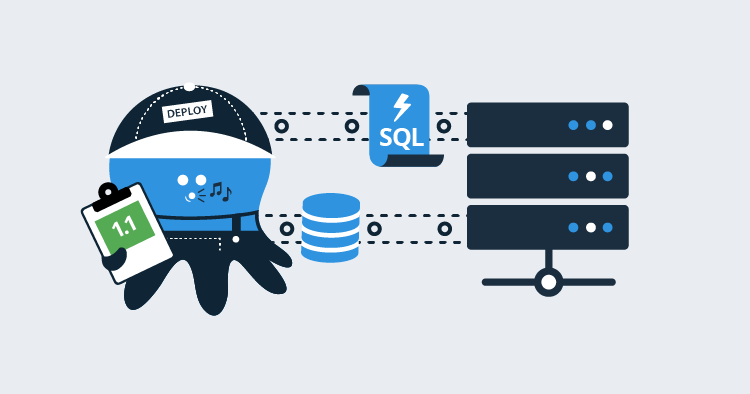 But a common scenario keeps popping up. Being able to run ad-hoc queries on the database server. The most common use case I have seen is needing the ability to fix some data. Typically the data gets in a strange state when a user does something unexpected. In some cases, the root issue won't be fixed (it doesn't happen often enough), or the issue won't be fixed for another week or so. But the data needs fixing right now.

When I've run across this particular scenario in the past the process is:

This process has a lot of flaws in it. At some point in my career, I've been either the developer or the person running the script. It is not an enjoyable process.

Octopus Deploy can do so much more than deploying software. A lot of new functionality has been added to make Octopus Deploy a more complete DevOps tool. In this post, I will walk you through a process to automate running AdHoc queries.

My reason for using Octopus Deploy is because it can provide the following to this process:

For the purposes of this blog post here are the use cases:

With the use cases in mind, next up are the requirements for the process.

Our database deployment documentation recommends you install Tentacles on a "jump box" sitting between Octopus Deploy and the database server. When using integrated security those Tentacles are running under service accounts who have permissions to handle deployments. These Tentacles will handle normal deployments.

You have a few options for setting up an ad-hoc process and permissions.

Option #1: Continue to use the deployment Tentacles, but give them elevated rights to perform additional tasks.

This process allows people to run scripts directly in production. Using a default lifecycle of dev -> test -> pre-production -> production doesn't make very much sense. Create a new lifecycle to allow for deployments to any environment. I called mine Script Lifecycle. 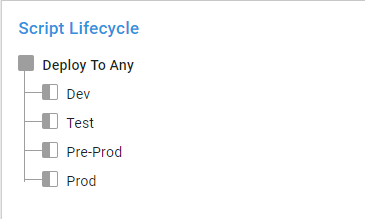 The way to do this is to add a single phase and all the environments to that single phase. 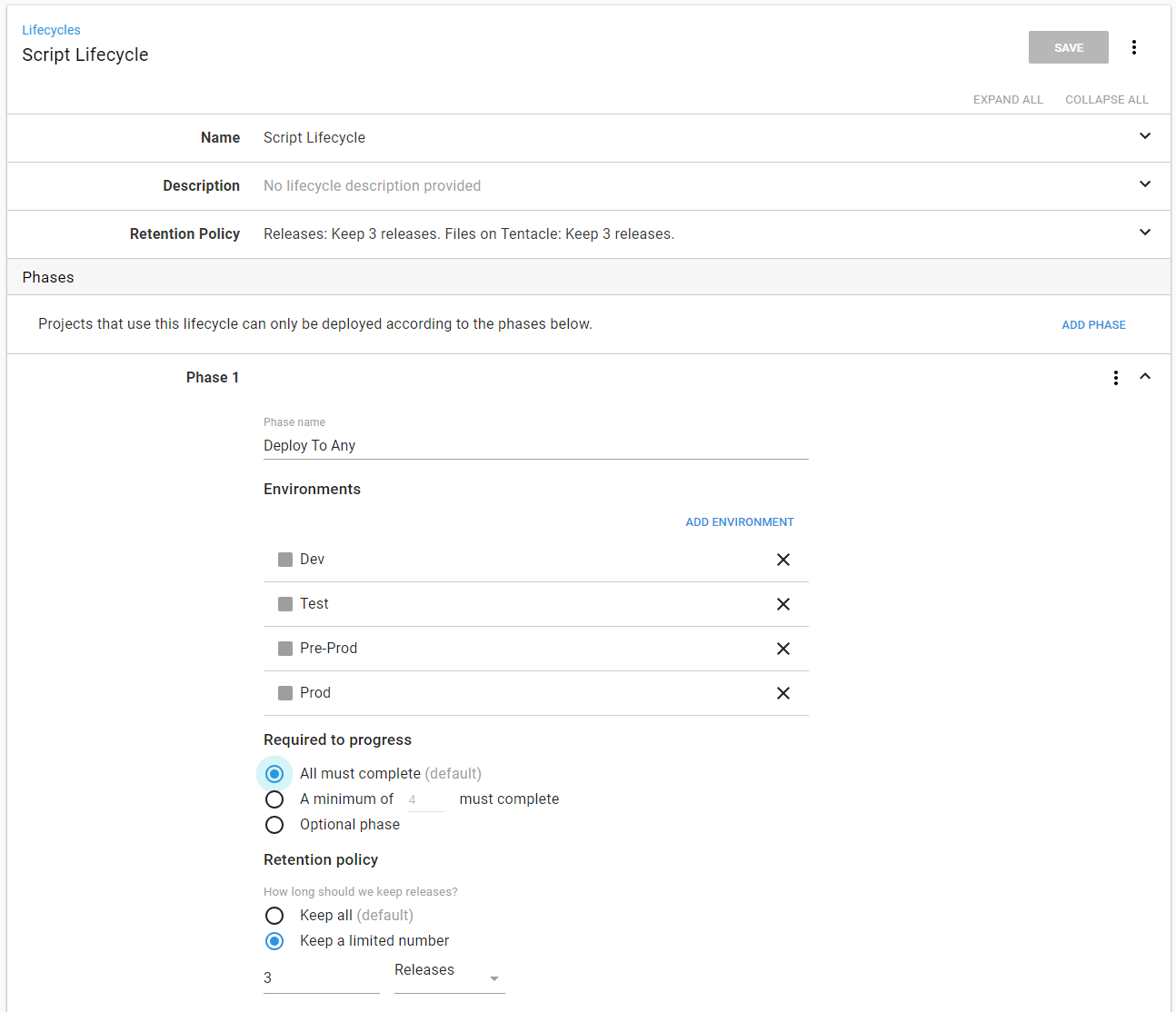 For this process, I created a number of step templates. I don't want to submit those to the community library because they aren't generic enough. You can find them on our GitHub samples repository.

I am going to be writing a database script for this use case.

"As a business analyst, I need to clean up a data issue for a user."

A couple of questions come to mind:

Okay, we know the answers. Now, how do we get those from our brain to Octopus Deploy? For this, I will be using a YAML file called MetaData. It will contain all that information.

The next question is, how will that YAML file and SQL Scripts be sent to Octopus Deploy to run? To make this as easy as possible for the people submitting a script, I will be making use of hot folder. I wrote a PowerShell script which will:

I could set up a scheduled task to run on the server. But there is no real visibility to that task. If it starts failing, I won't know that it fails until I RDP onto that server.

Rather than go through that nightmare, I set up a new project in Octopus Deploy called "AdHoc Queries Build Database Package." It has a single step in the process, run the PowerShell script to build the database package. Make note of the LifeCycle, and it is only running on a dummy environment which I called "SpinUp." 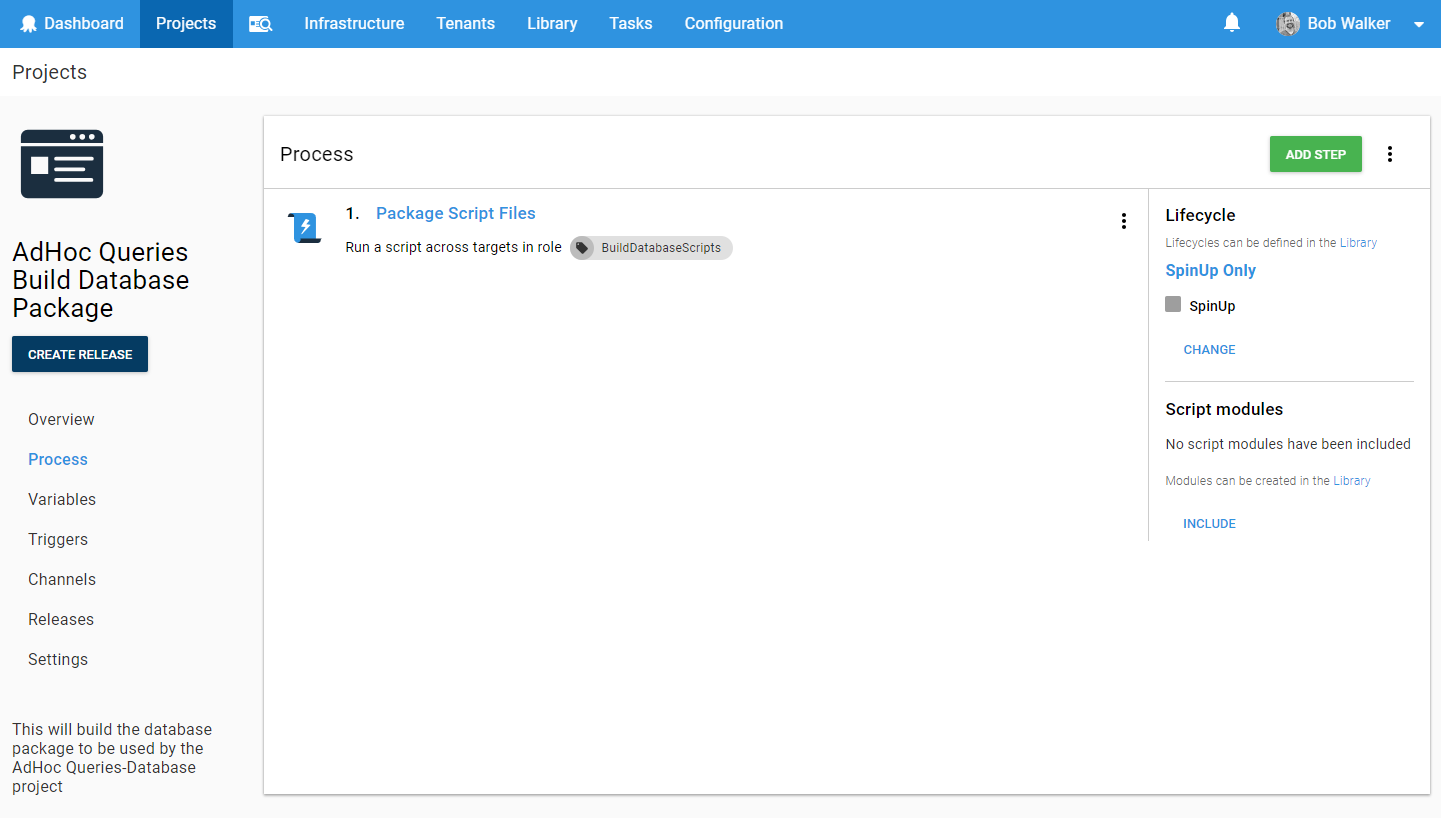 It has a trigger which creates a new release every five minutes and run this process. 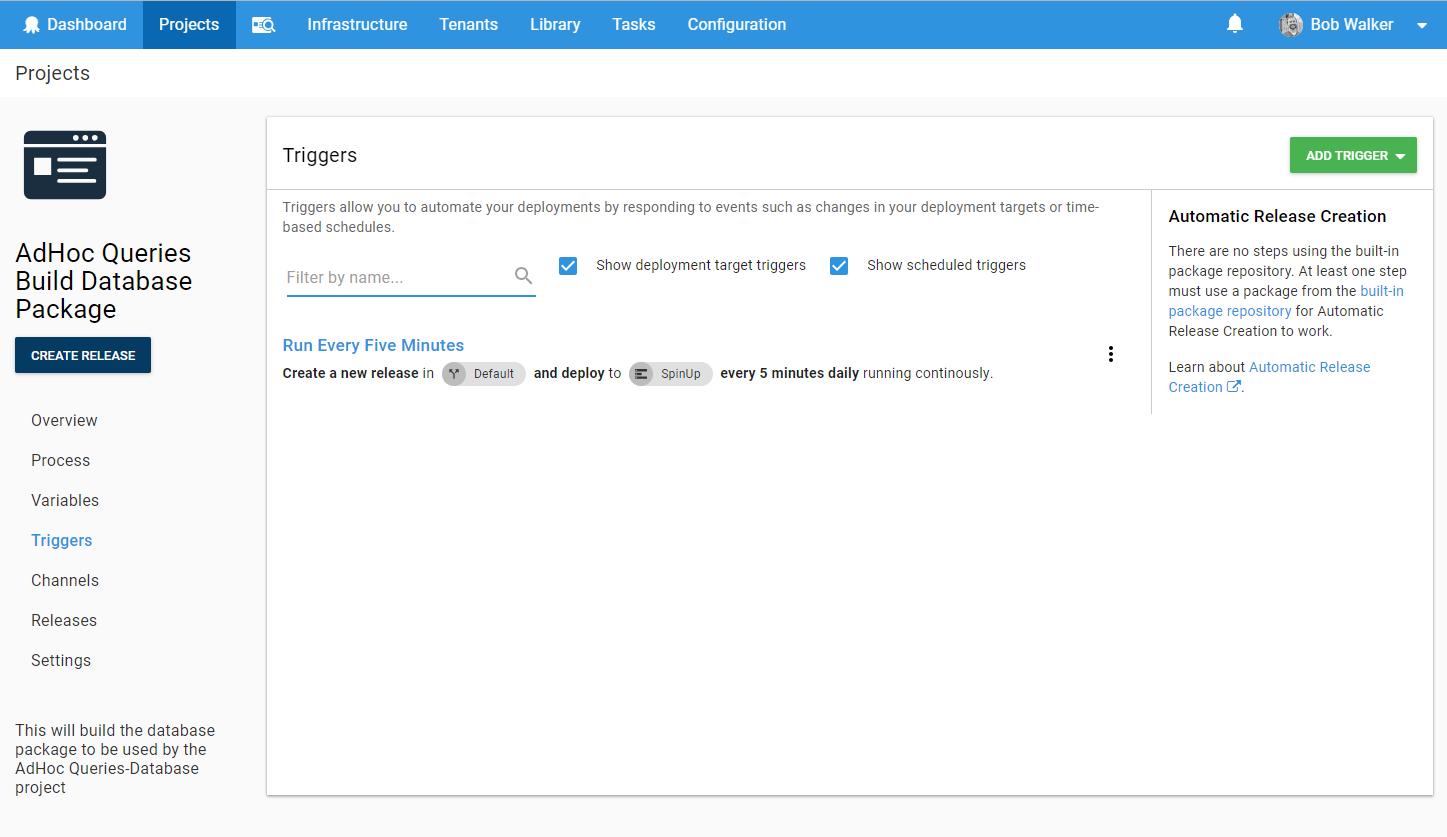 In the event, I wanted to extend this process to support other types of scripts I made it a step template. 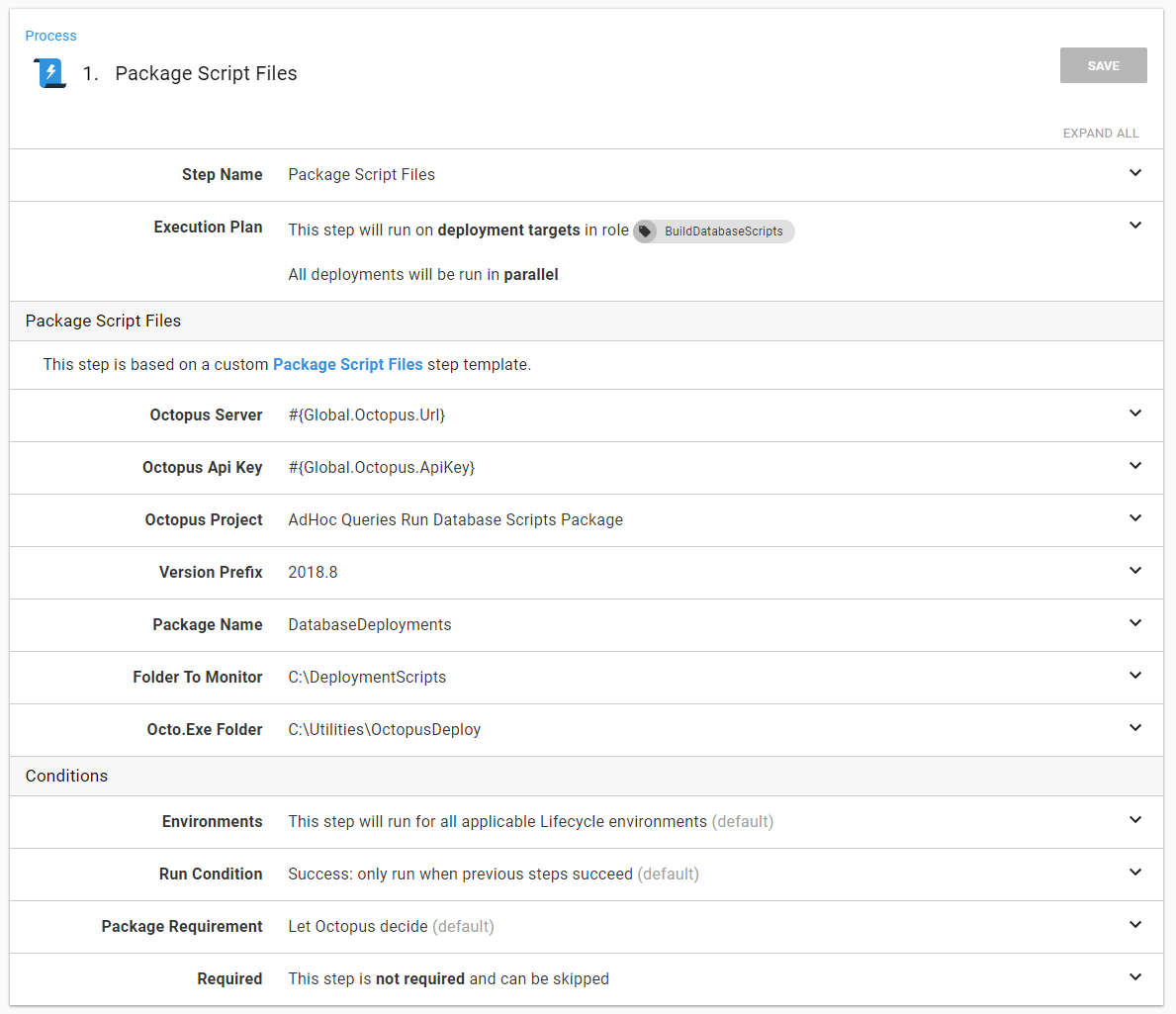 The eagle-eyed reader will see the parameter "Octopus Project." That is the project that runs the scripts.

In order to meet the requirements above I wanted the process to do the following: 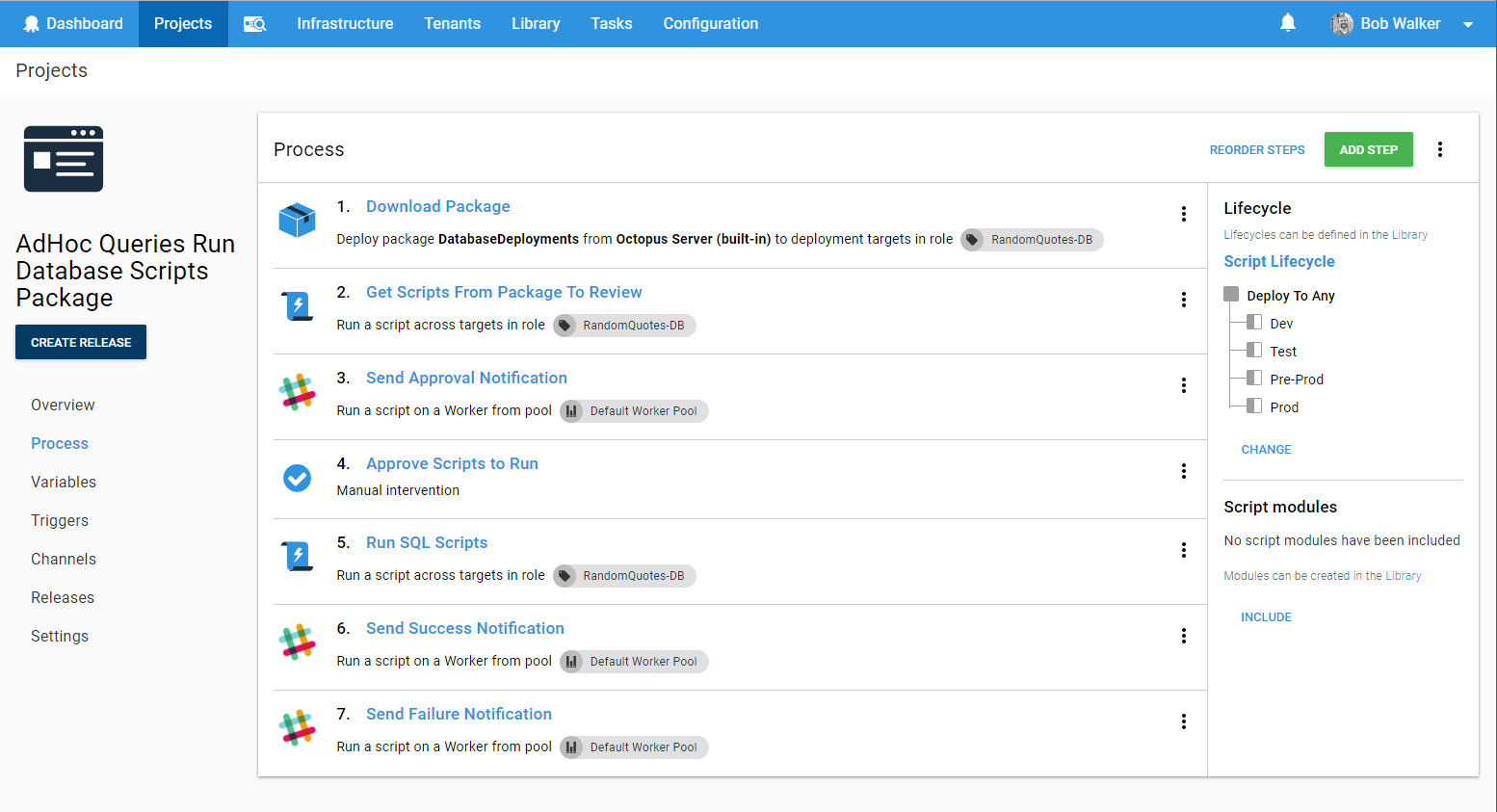 The download package step is very straightforward. Download the package to the server. Don't run any configuration transforms. Don't replace any variables. Just deploy the package. 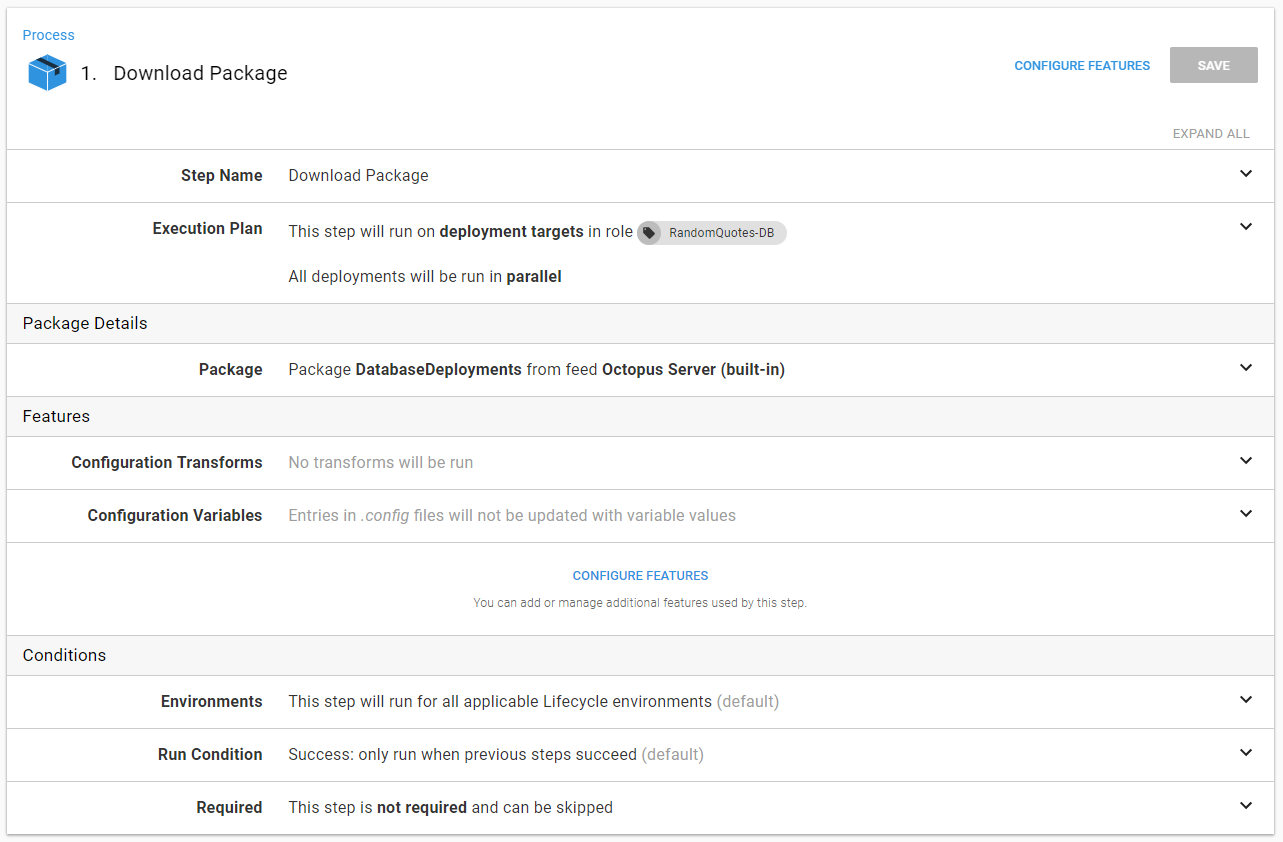 The Get Scripts From Package to Review is a step template. It will do the following:

This is all done in a step template. The only parameter required is the step which downloaded the package. 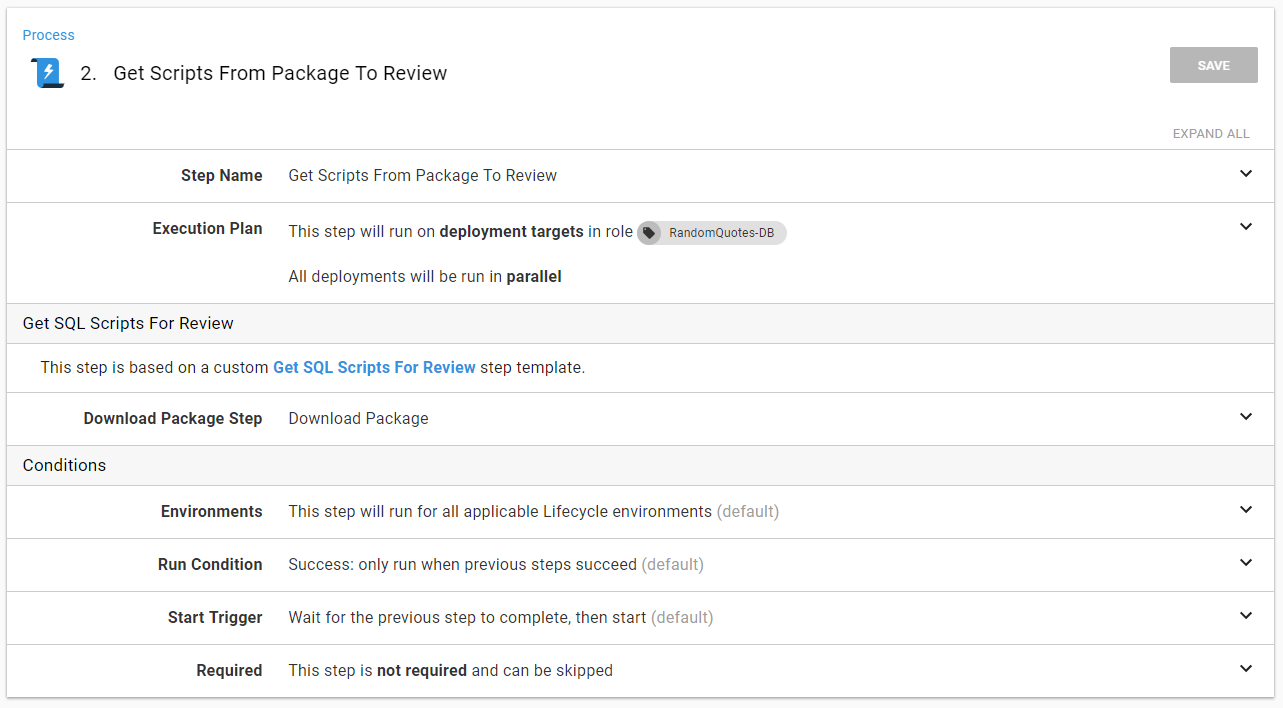 The format for output parameters with Octopus Deploy is...a little tricky to remember. I know I would mistype something. Rather than do that I used variables. This way if I do change something I only have to change it one place.

Now when I notify someone, I can include that information very easily. Also, make note that this step will run based on the ManualInterventionRequired output variable. 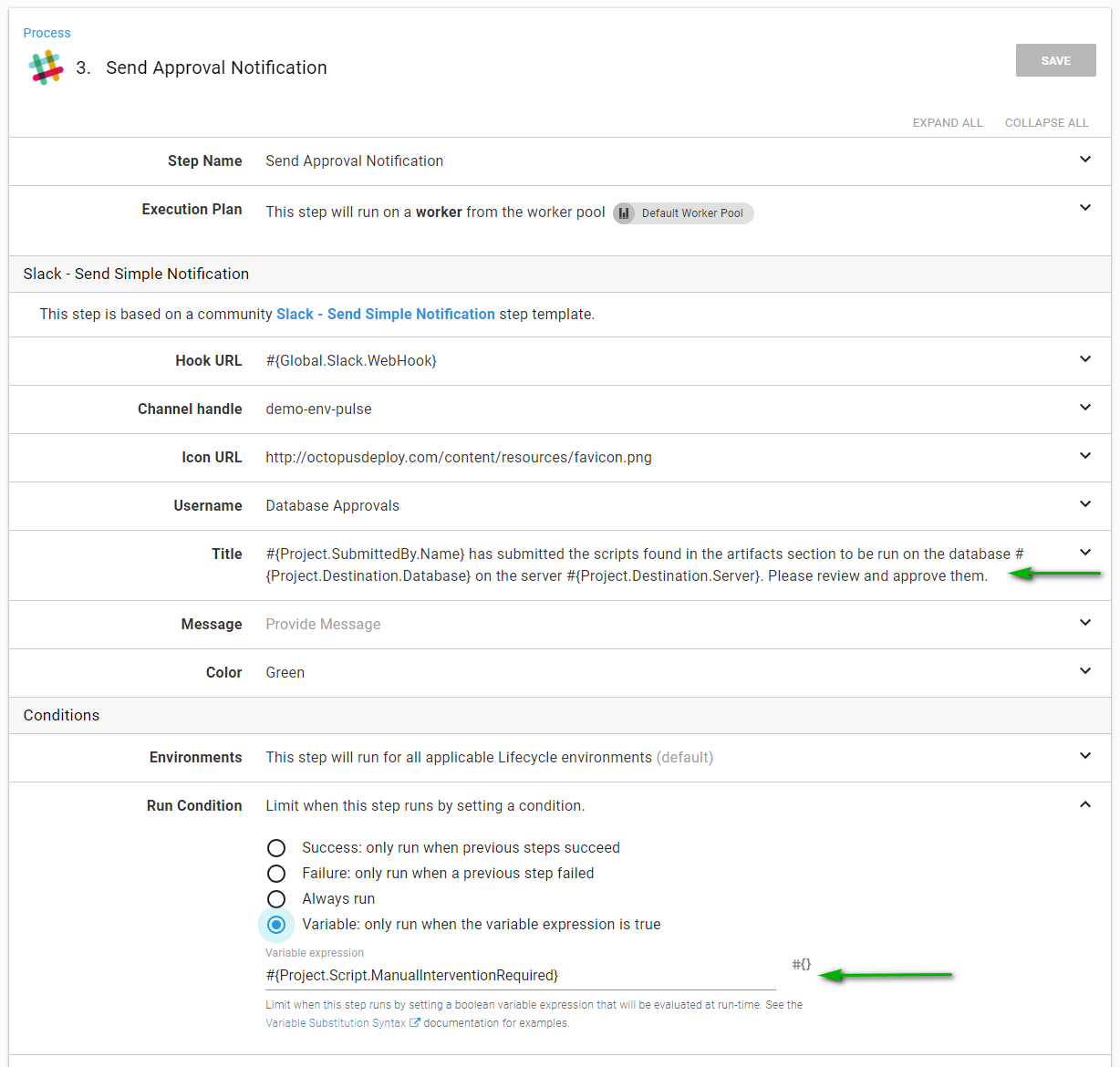 The same is true for the manual intervention. The run condition is based on the ManualInterventionRequired output variable. 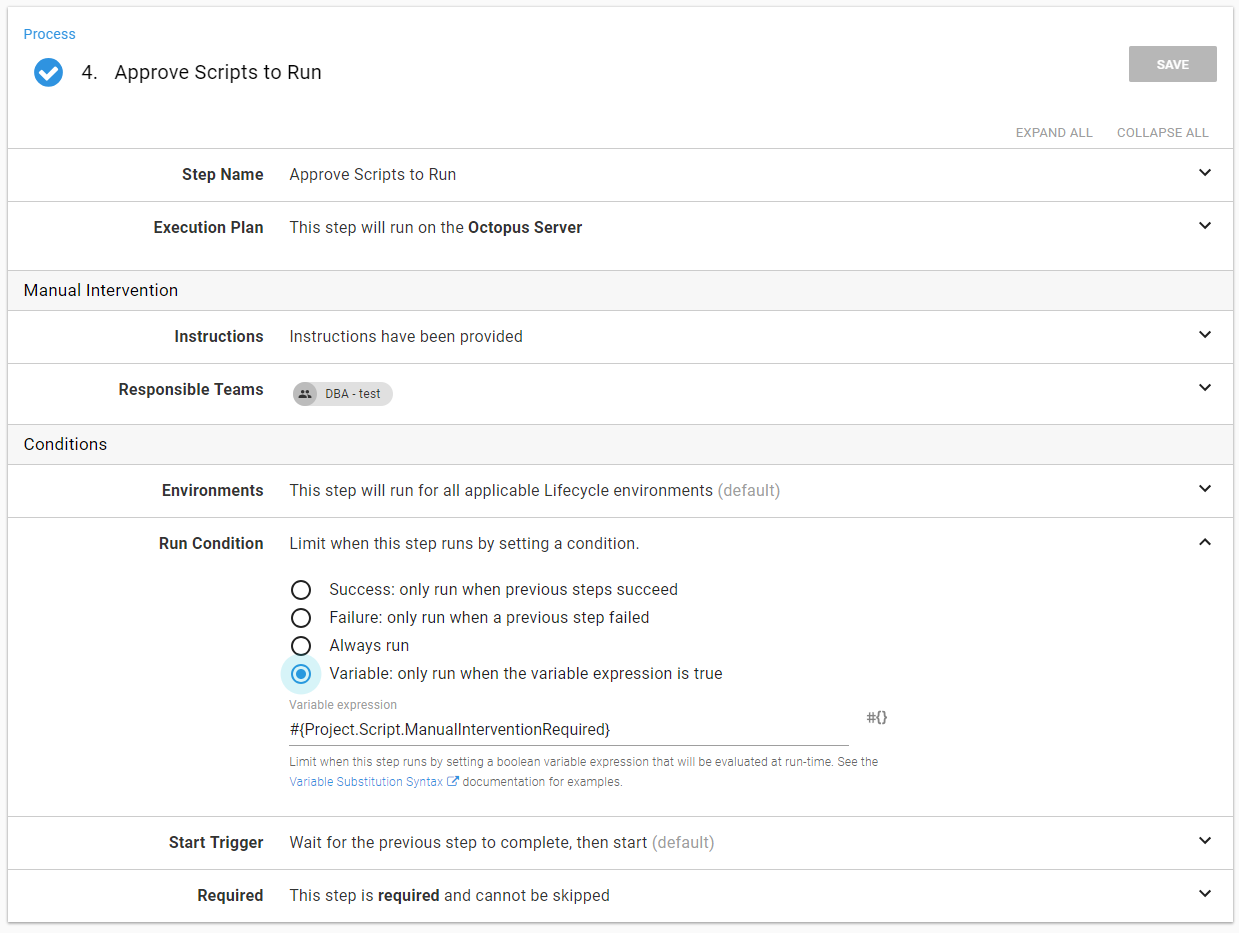 The Run SQL Scripts step will go through all the SQL files and run them. Again, to make it easier I used a step template. This process used invoke-sqlcmd. The nice thing about that is it will capture the output and add task history. 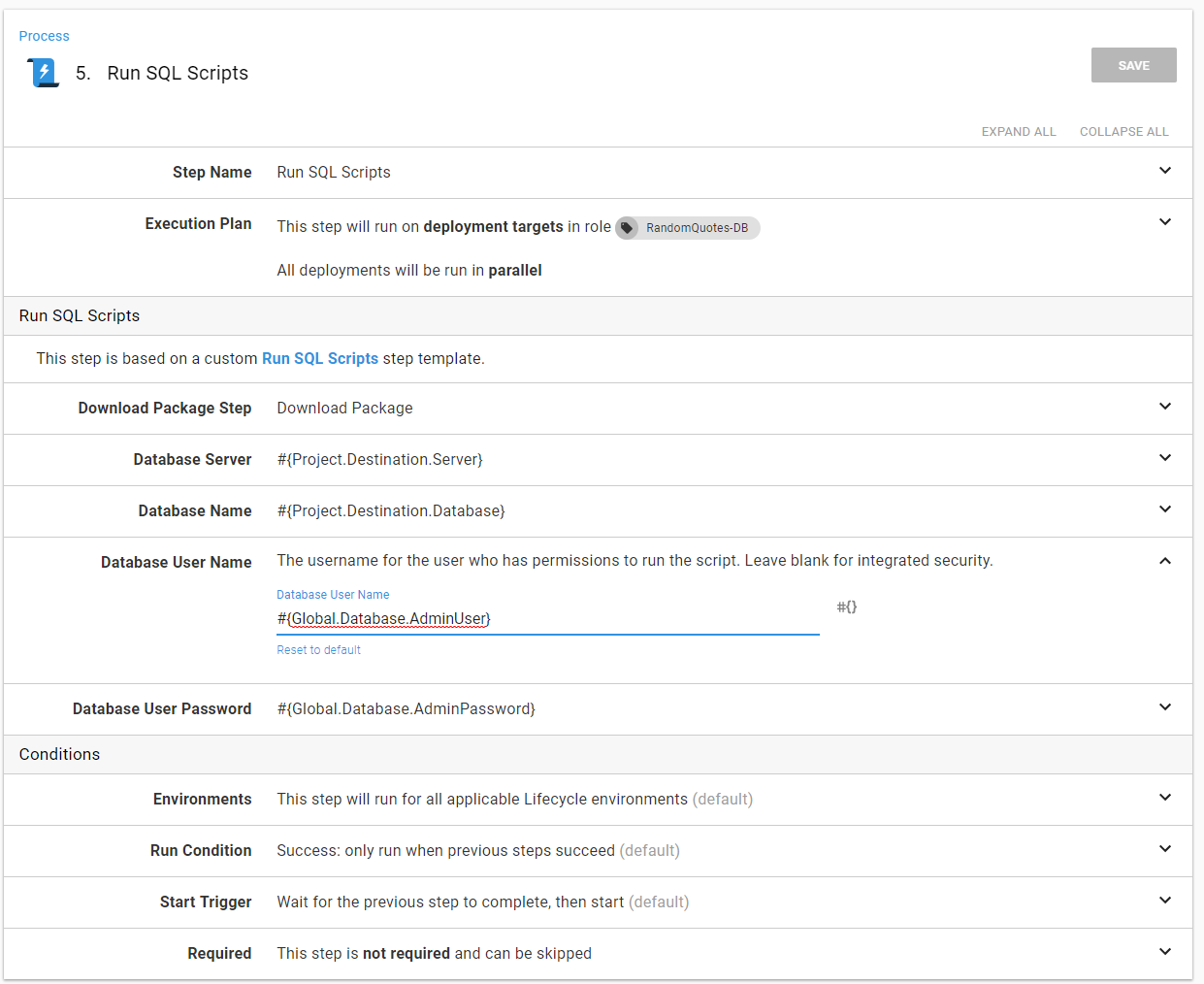 Assuming everything went well the success notification can go out. 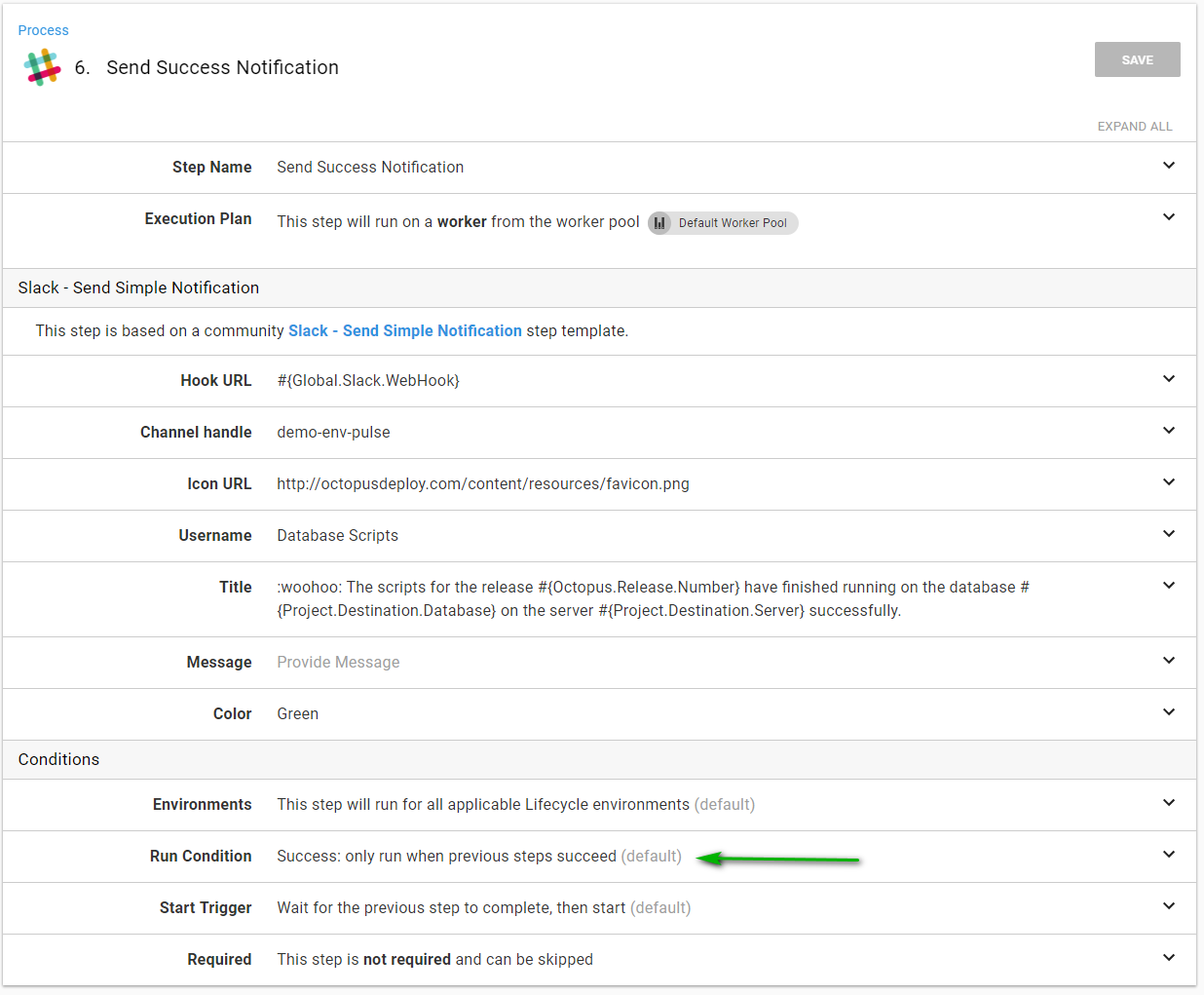 Otherwise, the failure notification can go out. 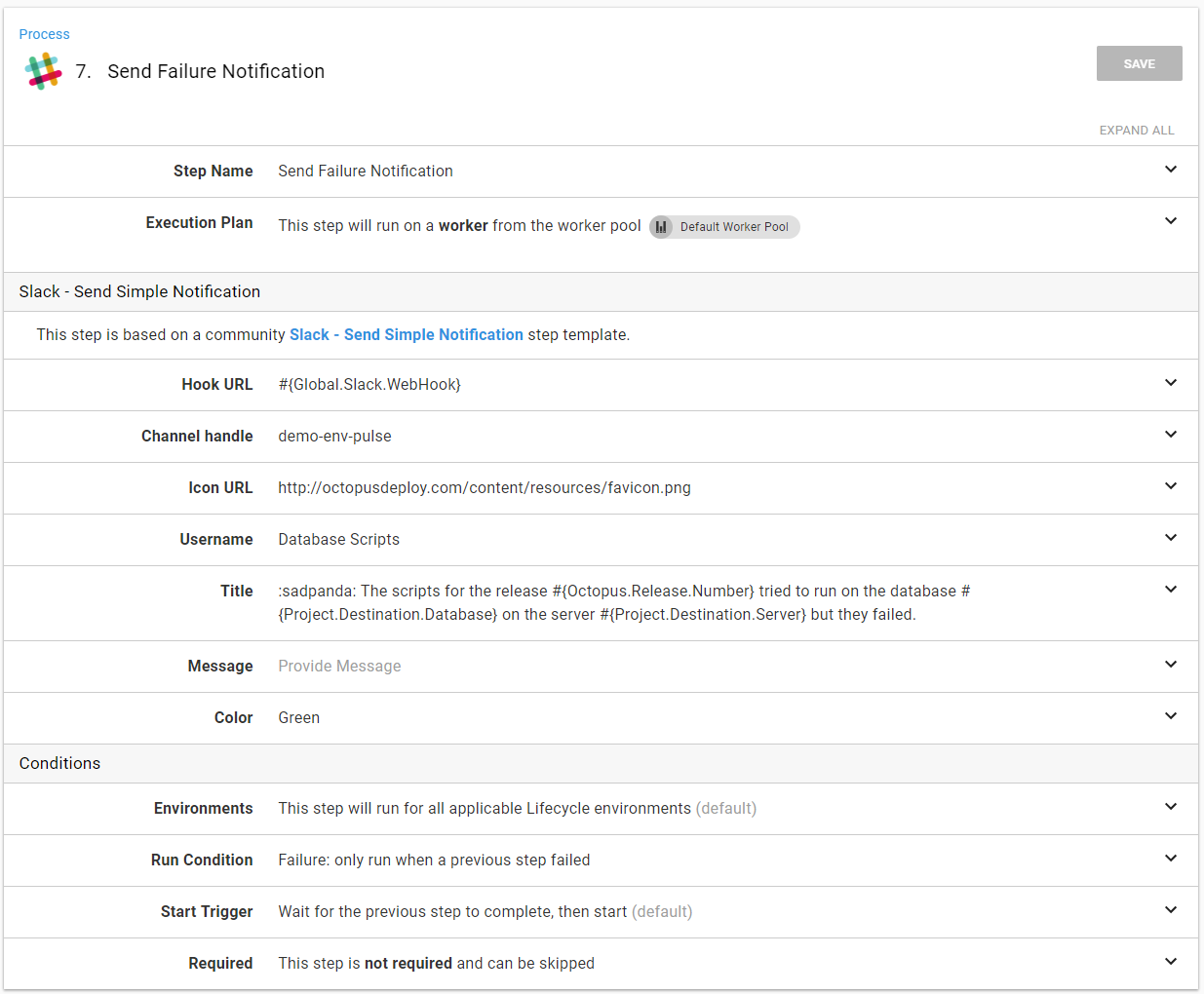 I have this contain a script ready to be run.

The MetaData.yaml file has the script set to run on Dev

The script itself is nothing special. I'm not going to use a transaction to show that the process will pick that up and force a manual intervention.

I've copied that folder into the hot folder.

Octopus picks up that folder. 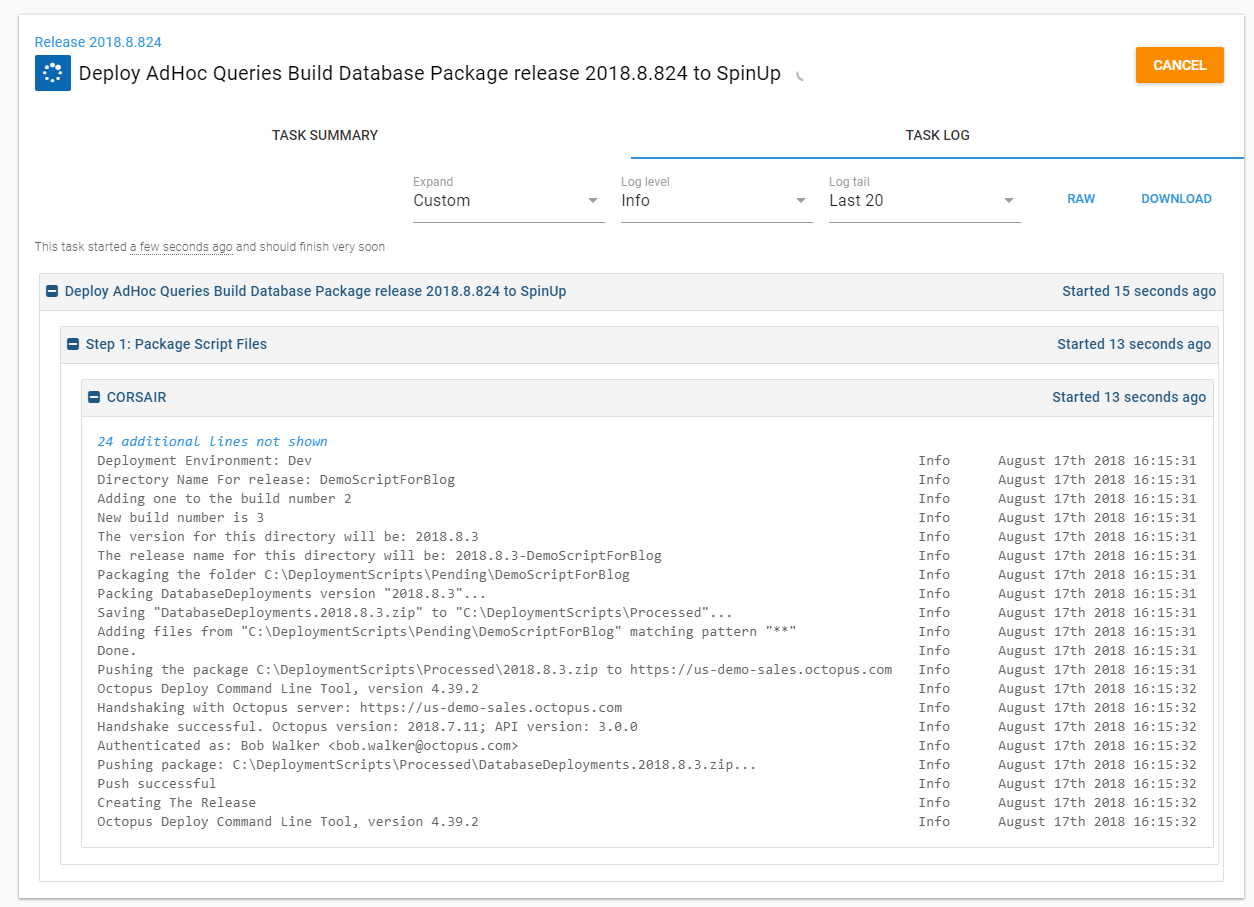 I now see that demo folder has been moved to the processed folder. I put a timestamp on it so that I know exactly when that folder was processed.

Looking at the project which runs the scripts, I now see a new release has been created and a manual intervention is waiting for me.

I can check the Slack channel and see the approval message has been sent.

Going into the release and I can see the artifacts have been generated. If I wanted to, I could download them and view the exact script, which is about to be run. When I view the approval details, I can see the message is the same as the slack notification. 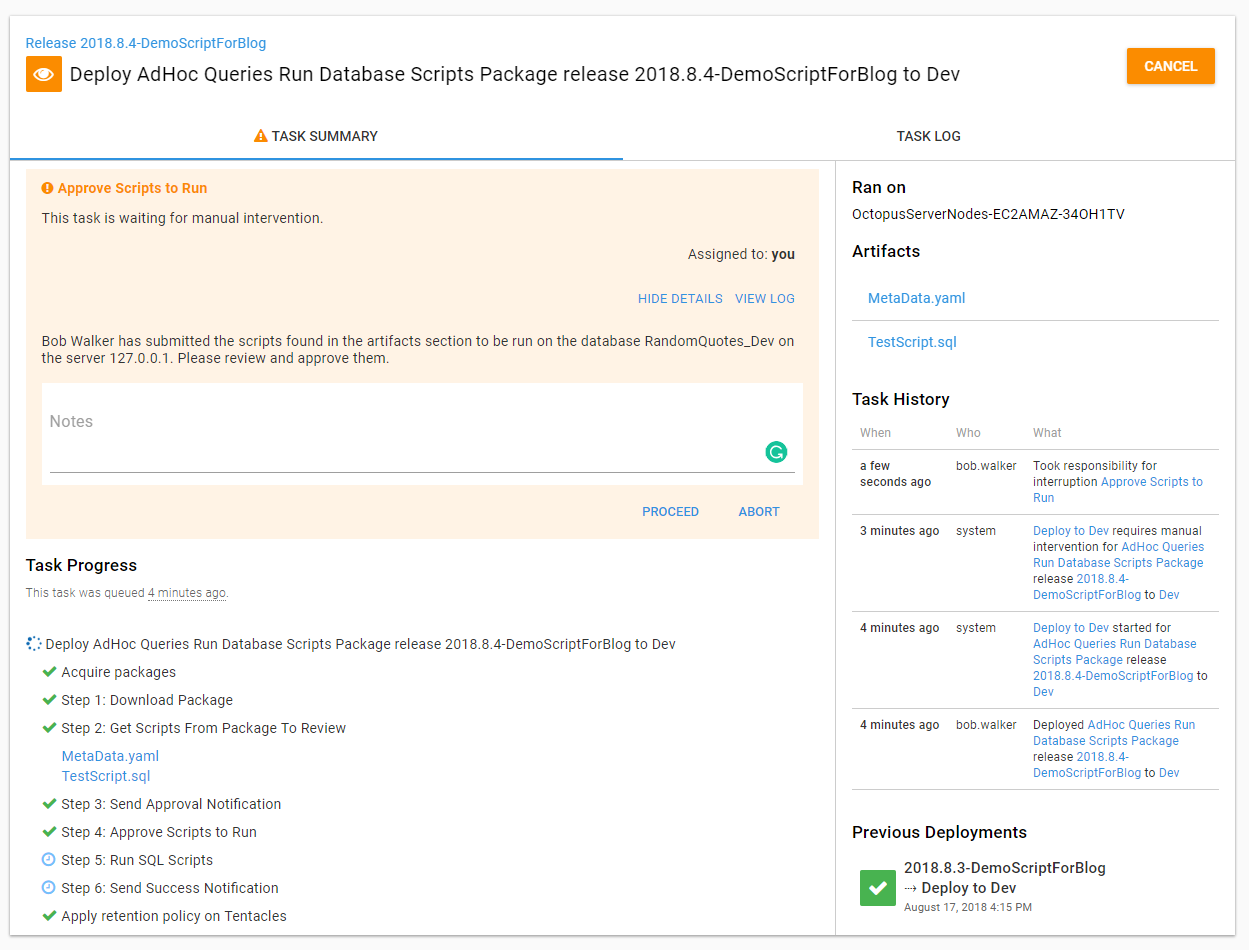 After approving the deployment, the script will run and the output will be captured.

And because the script was successfully run, the success notification was sent to slack.

How would I prevent someone from submitting a script to the dev environment but have it be for a production SQL Server?

What if I want to have every script reviewed when they are sent to pre-production and production?

This seems like overkill. Couldn't you use prompted variables in Octopus Deploy?

Absolutely! I have another project set up to do just that. The question is, who will be submitting these scripts? Should they have rights to create a release and have it go to production? Should everybody have access to Octopus Deploy? For my use cases, my answer was no to all of those. My primary goal for this process was the elimination of as many manual steps as possible. Manually creating a release using prompted variables added too many manual steps.

I will be the first to admit it, this process is far from perfect. It will not work for every company. The goal of this post was to provide an example of a process you could then modify for use in your company.

Until next time, happy deployments! Let me know your thoughts in the comments section.