This is a brief introduction to how you can use the Newman library to make API testing automation a part of the continuous integration process. I will brief you on a few important things before on how we can set up API collections on Newman.

Newman is a command-line collection runner for Postman. It allows you to effortlessly run and test a Postman collection directly from the command line. It is built with extensibility in mind so that you can easily integrate it with your continuous integration servers and build systems.

To get started with the Newman setup, you need to have a node js version greater than 10. My current system has v16.9.1.

Here, we are also going to use the Newman-HTML-reporter library to consolidate the test results within an HTML file.

Let's start implementing the API tests by creating the project directory structure. Inside the root directory of the project, I have created two directories app and report. Inside app there are two directories collections and runner. Collections will contain the collection.json exported from the postman and the runner will have the Newman runner code. Let's start by creating the dependencies of the project by running the command npm init. Once created, create a JSON object as dependencies and include the following dependencies to be installed:

Next, run npm install. This will create the package-lock.json and will install the respective modules and dependencies in the node_modules directory within the project root folder. 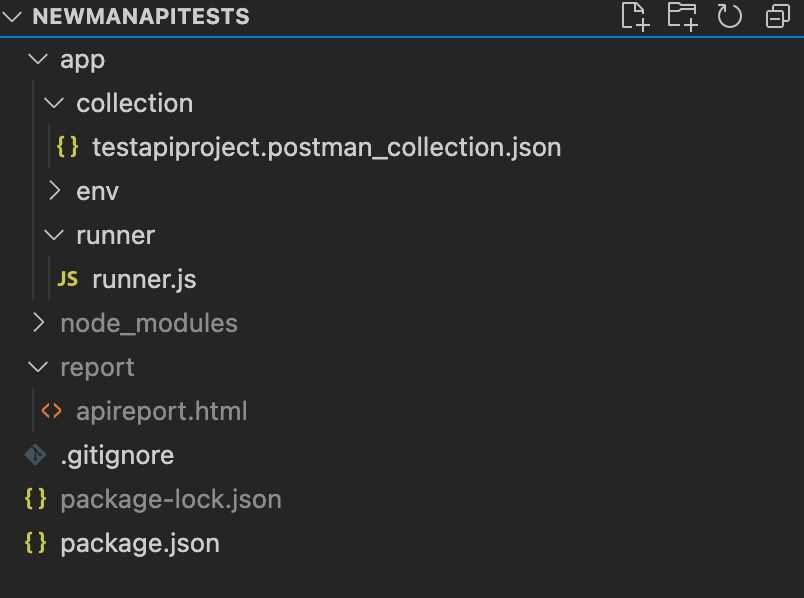 Exporting a Collection From Postman

To export a collection from the postman, click on export from collection to the collection folder in the app directory of the project. 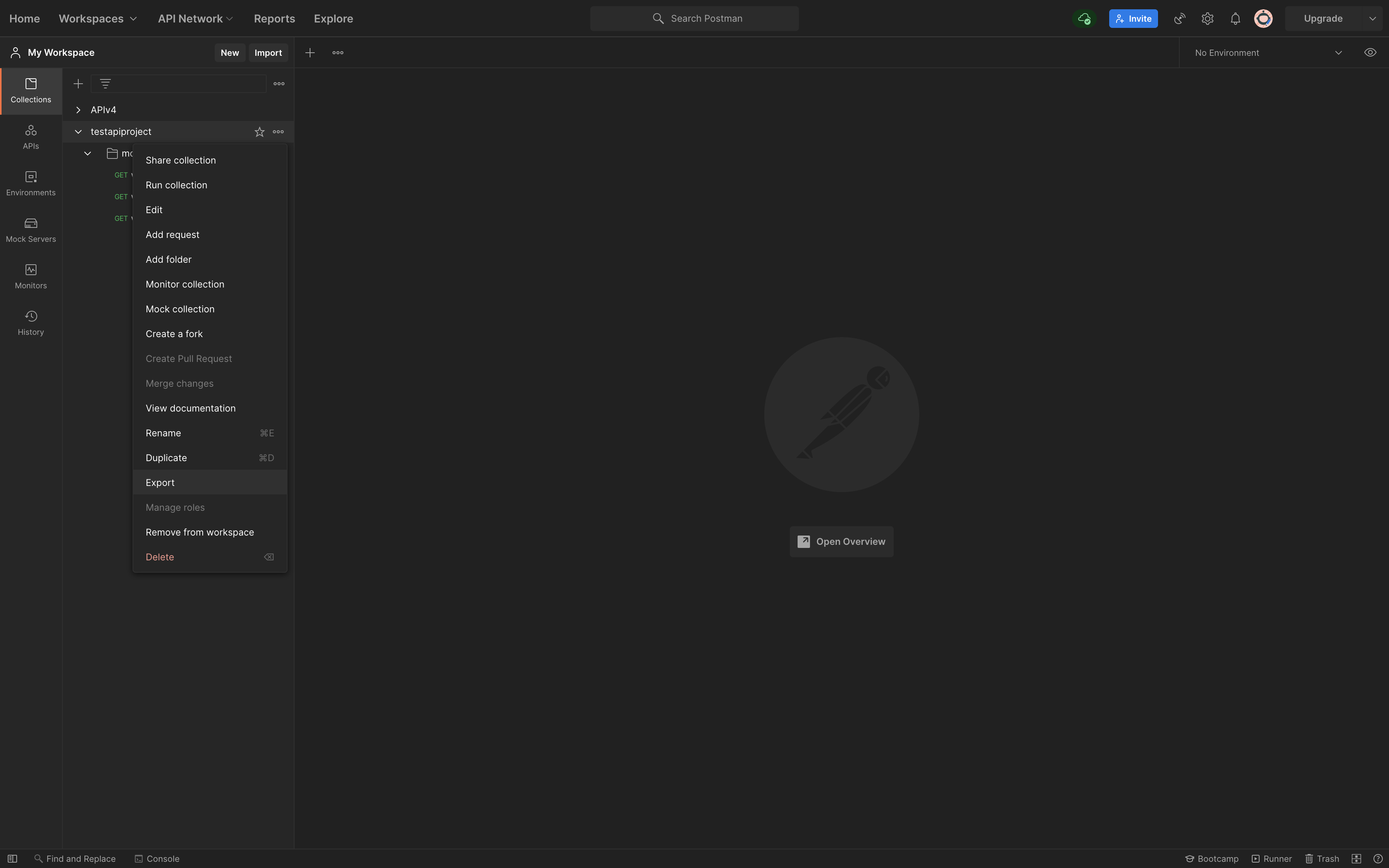 The runner object that I have defined looks like this:

To run the script, execute npm run apitest. This will run the collection using Newman and create the HTML report within the report directory.

The reports from Newman are quite descriptive and elaborate on their own. The reports pretty much look like the following: 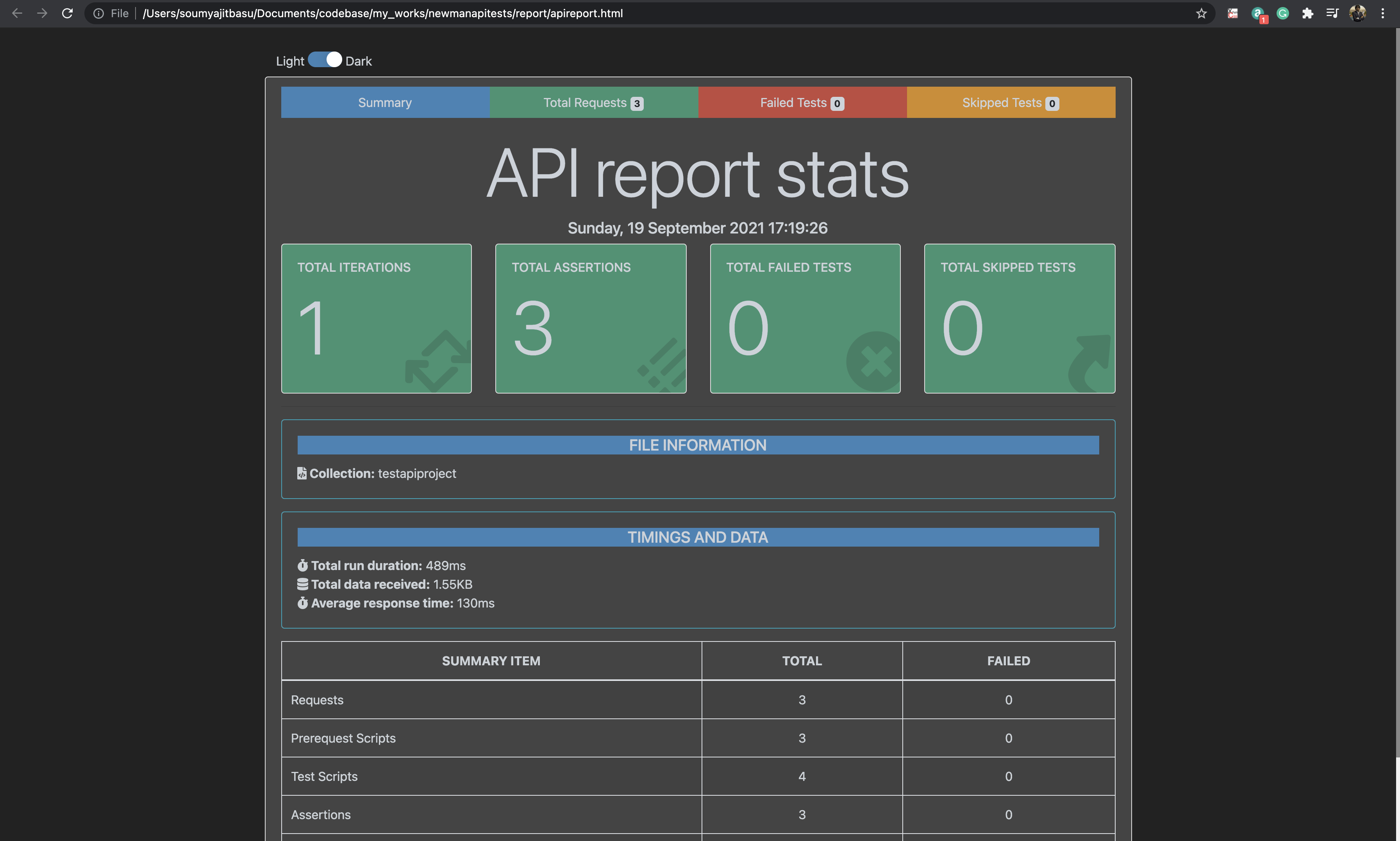 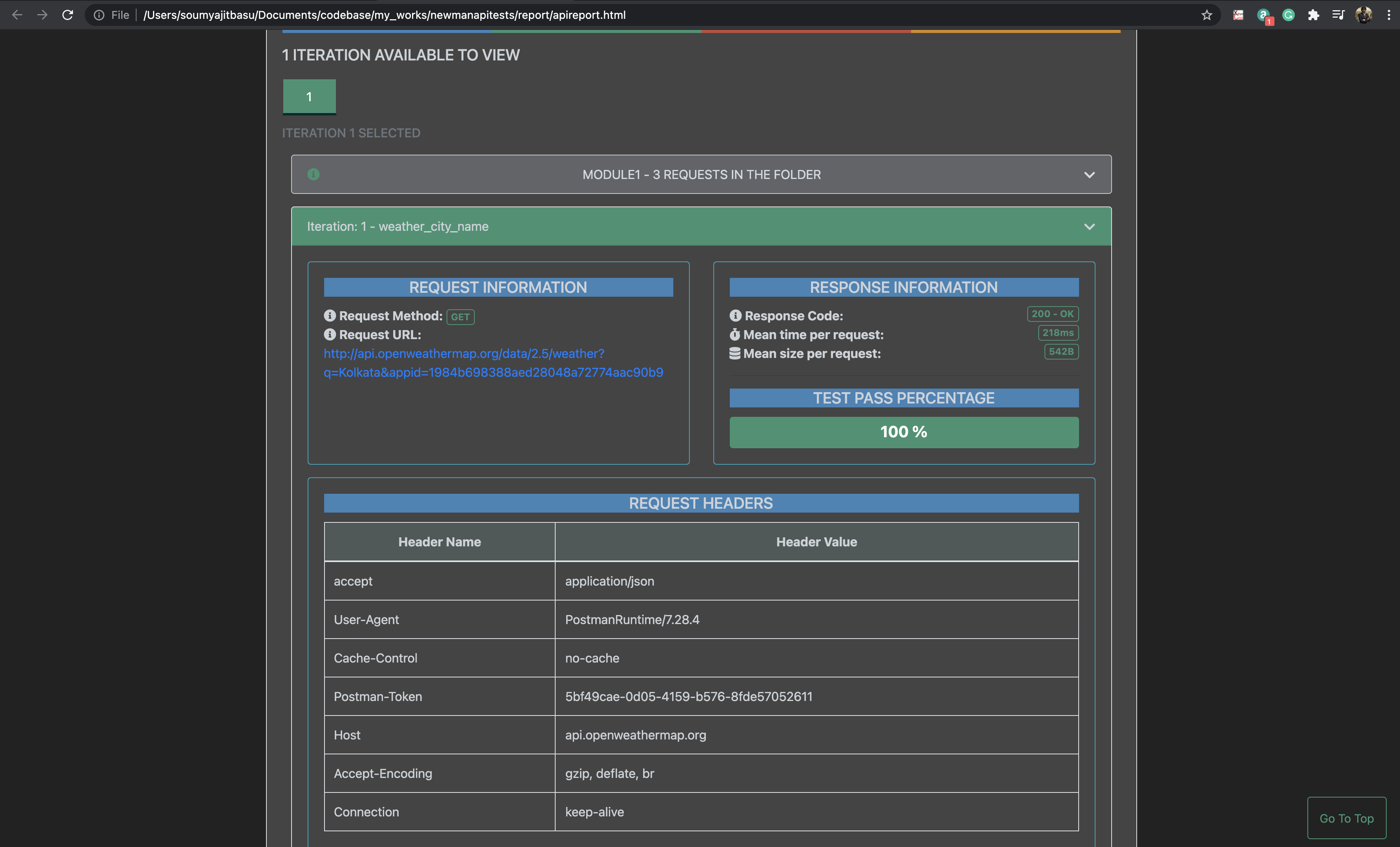 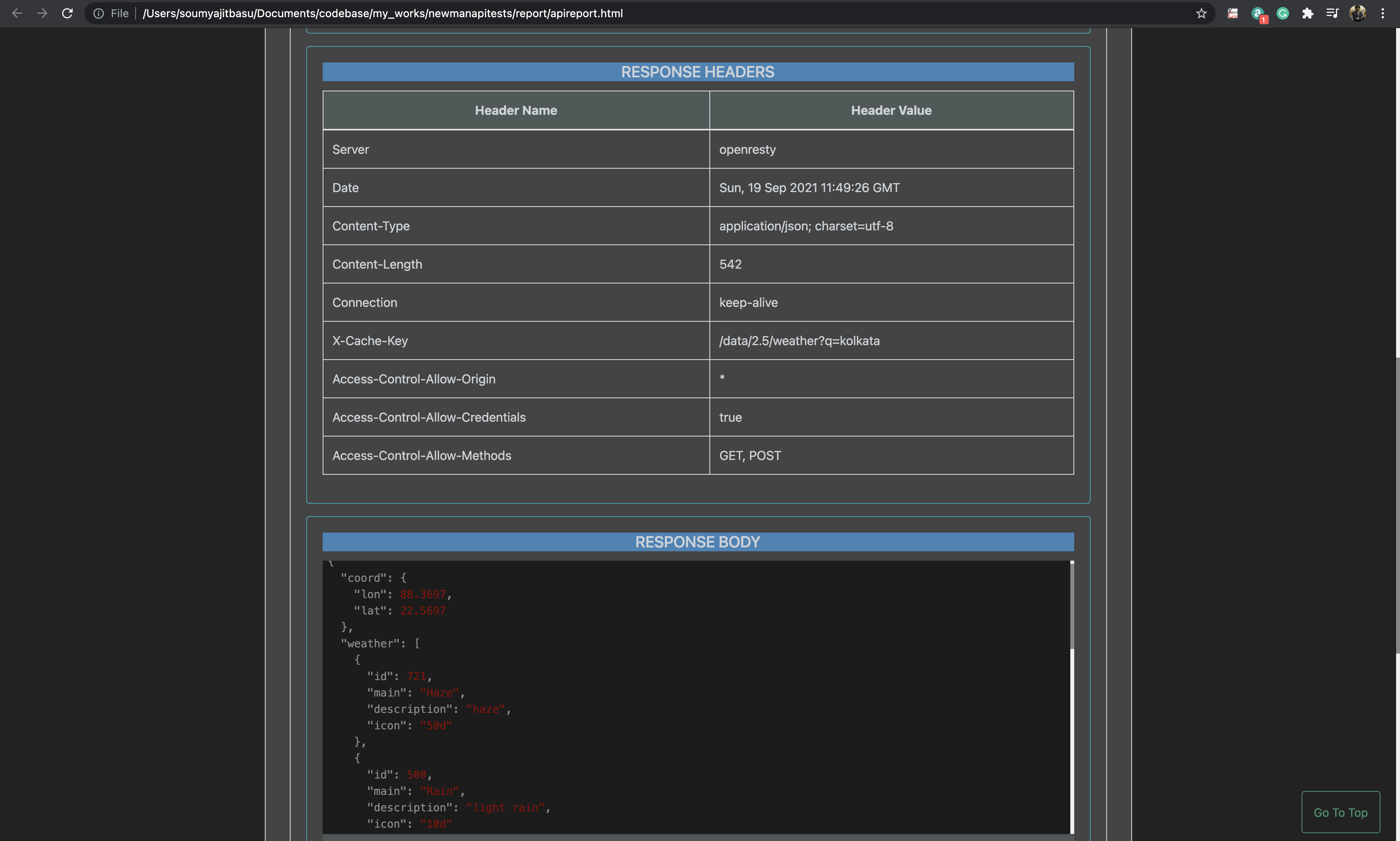 To find out more about the implementation, please look into this Github link.