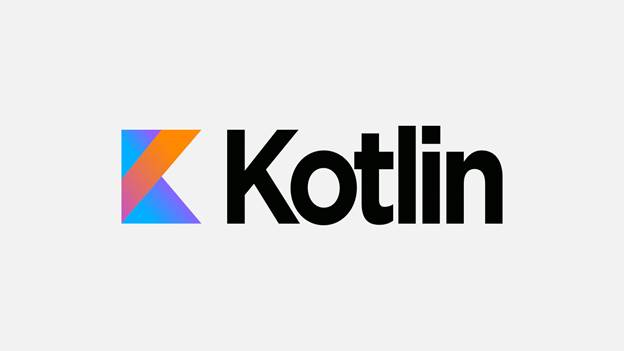 It's about time that you reconsider Java as your go-to language for your Android-based projects. And, it's about time to switch over to Kotlin, the (not so) new support language for Android development. But, what's behind its surging popularity amongst developers? In other words, what are the biggest advantages of Kotlin over Java?

Why should you even consider trying it as an alternative to the sometimes problematic, yet familiar and reliable Java? Now, here are some of the best answers to your questions:

First: What's the “Problem” With Java?

Just think about it: Java was released 20 years ago. Therefore, it has been piling up a legacy baggage that's now dragging it down — each new version of Java has to be compatible with the previous one.

Now, don't think that Kotlin's already eclipsed it! It's not even close — Java's still the official programming language for Android development.

Yet, it does start to show its limitations — and its age. The well-known issues challenging developers have started to grow from “all too familiar” problems to some major sources of frustration.

Its younger rival in Kotlin has two key advantages for winning over developers:

Now, if Java's been the go-to programming language for all Android matters, Kotlin here is the “one-stop language” for all application development.

Being entirely interoperable with Java, you get to use Kotlin code from Java and the other way around. It's easy to compile to Native or JavaScript for developing code that can run on iOS, as well. Kotlin's versatility is just... mind-blowing.

“We have a huge Java codebase developed over a decade, IntelliJ IDEA, and we wanted to switch to a better language without abandoning the code we already have”.

Some of the main goals of Kotlin's development team are rapidly becoming some of the biggest advantages of using Kotlin over Java. Kotlin is:

Since it's completely interoperable with Java and designed to run on the Java Virtual Machine, you can use Kotlin anywhere that you'd normally use Java.

And, this “bi-directional use” of Kotlin will only enable you to:

The 8 Biggest Advantages of Kotlin Over Java

Now, let's get straight to answering the question that's been bugging you:

Why would you even consider trying Kotlin in your future mobile app projects?

Here are the eight strongest reasons why, as an Android developer, you should start seeing this programming language as a viable alternative to Java:

1. It's Completely Interoperable With Java

As already mentioned above, one of the biggest conveniences with using Kotlin is that it's compatible with Java!

With all its tools and frameworks, you can just add these to your Kotlin projects — nice and easy —with no need to change the entire project in Java.

Therefore, it goes without saying that, once/if you make up your mind to switch over to Kotlin, migrating your project from Java is really a piece of cake.

And this is, undoubtedly, one of the biggest advantages of Kotlin over Java Android development: you are able to solve the same problems using fewer lines of code that can only translate into a more reliable code with fewer bugs and crashes on the UX side.

This is not to mention all the other benefits that derive from code conciseness, including code that is:

Some of Kotlin's features that are “responsible” for its code conciseness are:

We've already settled that Kotlin's code is more concise, therefore it goes without saying that a concise, compact, and clear code is implicitly a safer code!

Being more compact, it allows fewer errors. And, I should mention here that it's by design that Kotlin prevents common programming mistakes, translating into:

“But, what do you mean precisely by “preventing mistakes from design?”

I mean that developers get encouraged to consider the potential issues that their code might present from an early stage of the app's development process. And, thus, Kotlin allows developers to be cautious and write more robust and stable code in production.

4. It Comes With a Smarter and Safer Compiler

Adding a good compiler has been one of Kotlin's development team's main goals when they created this programming language.

Here are some of the important aspects of the compiler in Kotlin:

5. It's Easier to Maintain

It's not for no reason that Kotlin's a “one-stop language” for all application development — it supports lots of IDEs, Android Studio included.

Therefore, you're free to use all those already tried and tested development tools that you're comfortable with for maintaining your codebase at scale. This is another one of those "hard-to-resist-to" advantages of Kotlin over Java.

6. It's Been Created to Boost Your Productivity

Another one of the key advantages of Kotlin over Java is that it has been built with developer productivity in mind.

And, it goes without saying that enhanced productivity goes back to concise code itself, including to its intuitive syntax and its overall clean language design. It'll take you less time to write new code in Kotlin, to deploy it and to maintain it at scale.

And, there's more to boosting developer productivity in Kotlin than just its concise and clear code. In this respect, this language's been “equipped” with lots of powerful features that speed up every-day development tasks:

7. It “Spoils” You with Better Support for Functional Programming

8. It Has Null in Its Type System

Nullability issues have been one of Java's well-known sore points.Since it's a common thing in Android for the absence of certain values to be represented as “null,” Kotlin comes to address these issues by placing null right in its type system.

Two things are for sure when comparing Kotlin to Java for Android application development:

But, who am I to tell you that you should migrate from Java to Kotlin? I can only advise you to take it for a spin!

Published at DZone with permission of Adrian Ababei. See the original article here.