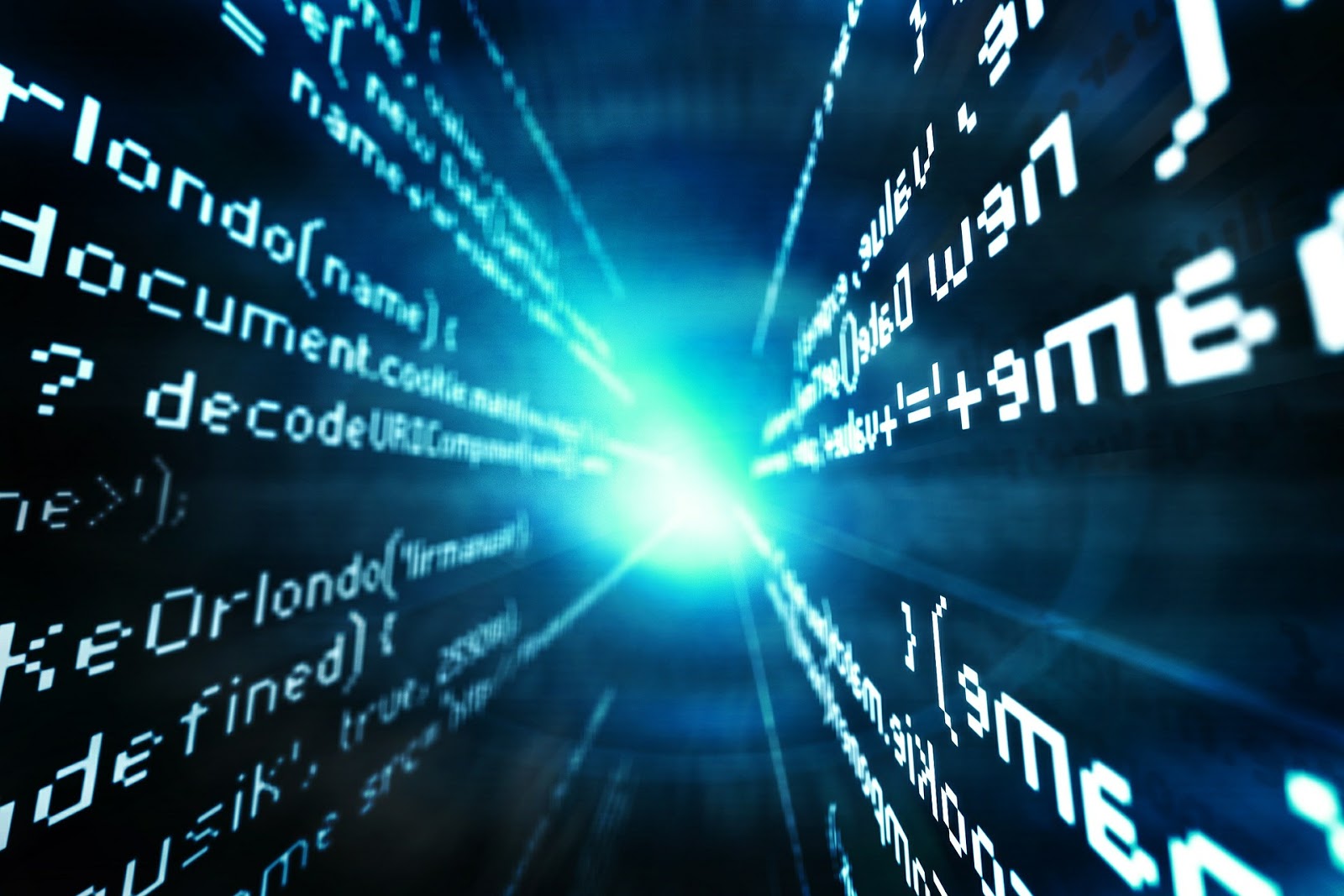 Many developers have asked the same question: what is continuous deployment? We provide an answer.

There are 3 common methods for managing software development and deployment: Continuous Integration Continuous Delivery, and then there’s Continuous Deployment. Although they’re often confused for each other, they’re distinctly different.

So, let’s get started.

What is Continuous Deployment?

Continuous deployment is a software development method that releases or deploys software automatically into the production environment. In this model, no one manually checks the code and pushes into your app.

Now, this doesn’t mean it’s not thoroughly checked beforehand. Obviously, you have to know whether or not the code being deployed is free from bugs and errors before it’s in the hands of end users — your customers. But this, too, can be done by software. Code is automatically tested for issues, and if none are found, then the code is deployed.

To make this work, teams have to design or implement various other automated programs that seamlessly pull software through the later stages of its development all the way into release. The goal of continuous deployment should be obvious: write code and get it into the users’ hands as quickly as possible.

But this can be dangerous. Without proper checks along the way, bad code can be deployed into production and really screw up your product, which is why many teams who use this method are only ever releasing small changes. Changes small enough that if something does go wrong, an error is present that was missed, then it’s not too difficult to roll it back and start again.

But the changes are also big enough to add up quickly and give developers a good chunk of their time back that they would’ve spent testing repeatedly. That also means, to make Continuous Deployment successful, you’ll need to ensure you have a robust testing framework and be confident that when the code passes the tests, it’s truly ready to be immediately deployed without anyone looking at it.

For many developers, this concept is outright scary, which is why they opt for the safer, more common options of continuous delivery and continuous integration.

But what’s the difference between all 3 of these methods?

Read on to find out. 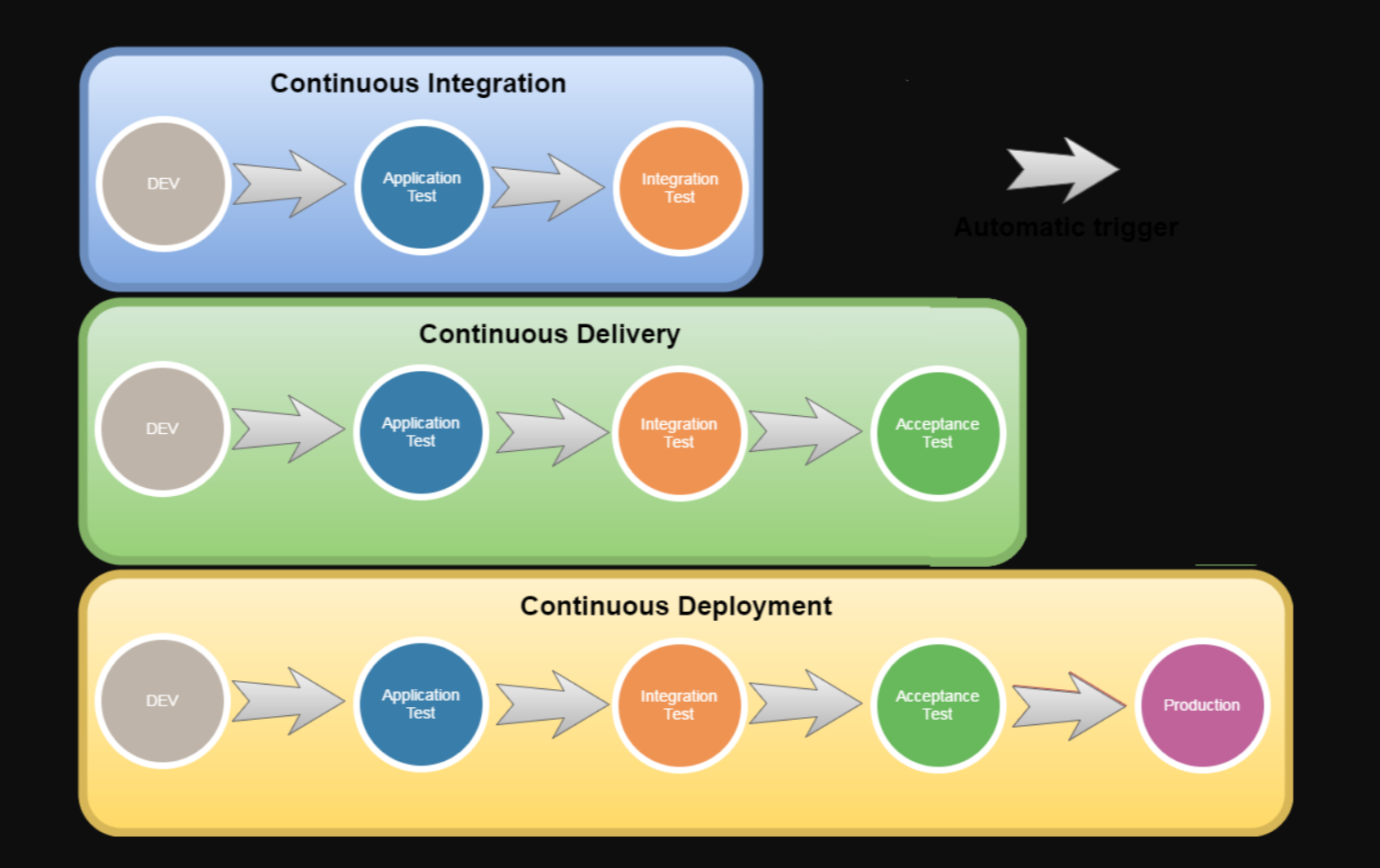 Continuous deployment is often confused for continuous delivery but there are clear differences.

Continuous deployment is partially a continuation of continuous delivery, and partially a substitute for it. Let us explain by going back to where these both come from: Continuous Integration.

According to Aaron Cois, Continuous Integration is a technique designed to continually merge “source code updates from all developers on a team into a shared mainline. This continual merging prevents a developer’s local copy of a software project from drifting too far afield as new code is added by others, avoiding catastrophic merge conflicts.”

By now you’re probably recognizing the differences. Continuous integration takes separate pieces of code and merges them together to ensure they work well, doing this often enough to avoid major problems. Continuous delivery tests all that merged code and once deemed to be ready for deployment, puts it into a holding area until a developer pushes it through. Continuous deployment takes the automated testing of continuous delivery, but instead of stopping there, automates the release of the new software into production, straight on to the end user.

What Is the Continuous Deployment Pipeline?

You’re probably aware of the continuous delivery pipeline, and may be scratching your head when it comes to a continuous deployment pipeline. Truth be told, it’s not really a pipeline so much as it is a process. But pipeline helps get the point across because it is a linear, structured path to follow.

So, the continuous deployment pipeline has four stages:

We cover each of these stages in more detail below.

This is the obvious first step. Software is automatically deployed into production. What may not be obvious is how much is forgone when operating this way. For example, changes to software can be deployed without complete features, and sometimes, without complete user stories. The deployment process should be quick and painless. But it should also be as reliable possible, and when you’re automating the entire deployment process, from server provisioning and infrastructure configuration to database scripting and code migration, you should closely monitor the entire process after first building and implementing it to make sure it works effectively. It’s recommended that you keep all your deployable assets in version control and that you use a deployment automation tool that scripts all the deployment steps.

So your continuous deployment flow should start with software going through a successful build, then an easy integration, and thorough validation after which it is fully deployed. Ideally, the entire workflow would be automated and operate in “one click.” But more so than just being automated, continuous deployment should be reliable enough to operate any day of the year, even in peak times.

The ability to deploy software this way requires you to do seven things:

Now, we’ve been talking about how software is deployed to production and then released to the end user, but what you may not have realized is that testing can and should occur in the production environment. According to Software Testing Help: “Continuous Deployment need not be a ‘Release to Production’. But the code is deployed to the production and kept under mute using ‘Feature Toggles’ and when it is ready, the Feature toggle will be turned on.”

That means deployment and release are sometimes coupled and happen back to back. But other times, they’re decoupled, giving you the space to do a final round of testing. There’s a variety of tests you can perform here:

Some of these can only be done in the production environment.

This is what makes continuous deployment a bit less scary for many teams.

And if you’re following continuous integration, then you would have already had quality assurance make sure the software performs the way it should. But it’s always best to decrease the number of unpleasant surprises later on. Especially because you don’t want to have to roll back or try and quickly fix a major mistake which can severely disrupt the production environment and the flow of business.

Are you done when the software is finally deployed? Hardly.

While nothing broke on its way to production, it’s your job to monitor the performance of the new code deployed to ensure it continues to operate the way it’s supposed to. This is more or less the true final step in continuous deployment. The more insights you can gather, the better you’re able to enable strategic business outcomes. And these insights come from enhanced monitoring capabilities that you should have in place long before software is released.

Of course, there are plenty of business value metrics that can’t be tracked until the software has been fully released to the end user. Regardless, putting monitoring systems in place lets you track every software feature, increasing the responsiveness to any production issues.

While monitoring is the official final step of the continuous deployment pipeline, it won’t be the last step you take if something goes wrong. The secret to effective continuous deployment, apart from excellent automated tests, is the ability to respond and recover from unforeseen issues in production and release. The bottom line is, any production issue will impact your customers and end users. That’s bad for your team and bad for business. Trust in your application can erode quickly.

Most software requires some mix of fixes and patches. But redevelopment, retesting, and redeployment is a whole other headache you should do your best to avoid. That’s why it’s critical to be able to proactively detect problems before they’re understood as problems and quickly recover from them. And when your team is confident in their ability to rapidly find the root causes of issues and resolve them immediately after they’re found, you’ve hit the sweet spot in continuous deployment.

But you have to be careful, as you don’t want to fall in the trap of committing hasty changes. This can make issues worse and lead to long-term risks.

That’s why you should make sure you’re practicing the following:

How to Get Started With Continuous Deployment

Continuous Deployment is one part, one process, that may or may not be implemented as part of a full DevOps program. This means, before you can start using Continuous Deployment, you’re going to need to switch your team over to the DevOps framework.

The best part about DevOps is that it brings together all the teams who would eventually interact with a new software project and allows them to collaborate simultaneously, give and receive feedback, and speed up the development and deployment cycle.

But just like the Agile methodology, DevOps can seem too frustrating and complicated to implement for many organizations, leading them to settle for their current processes instead of trying something new.

Published at DZone with permission of ATC Team. See the original article here.