While you might consider a drone as something akin to a toy airplane embedded with a computer — you can buy one on Amazon after all. But the reality is that a drone can be deployed to cause affray, accidents, and murder.

In the last few years, we've seen drones close down major airports, to deliver drugs and contrabands to prison inmates. In 2018, an attempted assassination attempt was made against Venezuelan President Nicolás Maduro involving explosive drones. In 2019 two drone attacks against key oil installations inside Saudi Arabia damaged facilities that process the vast majority of the country's crude output and raised the risk of a disruption in world oil supplies. ISIS has used drones to drop explosives and guide car bombs from above.

I recently spoke with Adam Robertson co-founder and CTO of Fortem Technologies, producers of the world's most advanced miniature radar for drone detection, a highly autonomous flying DroneHunter system.

Fortem monitors, protects, and defends the world's corridors, venues, infrastructures, borders, and regions from dangerous or malicious drone threats. The same ecosystem is accelerating the safety of the world's airspace for urban air mobility. Their products have been developed and tested over several years through the US Department of Defense applications and are now available for commercial use. 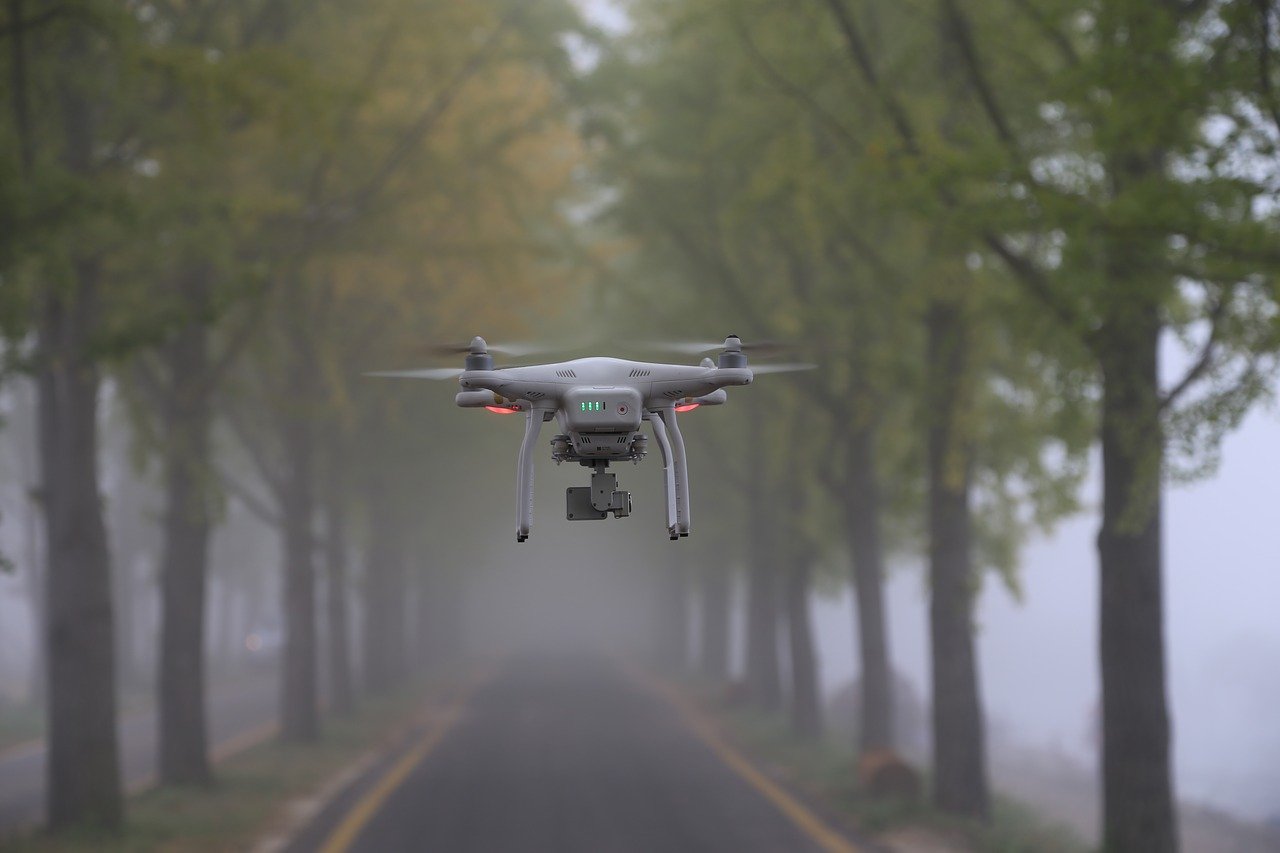 Adam explained that drones with high-definition cameras can be purchased by any consumer for as little as $200, with more impressive functionality for a few thousand dollars. The FAA has primary authority over what happens in the air, and it sets the rules for drone use across the country. When used illegally, they can fly thousands of feet in the sky, take high-resolution photography, be controlled remotely from miles away, or fly autonomously without a remote control.

Defense against drones involves an ability to discover drones, which may be challenging to detect due to speed. Then the kind of drone must be determined and the potential threat, and if needed, appropriate countermeasures.

Through an advanced ecosystem of distributed radar, AI at the Edge, deep sensor integration, and autonomous drone capture, Fortem monitors, protects, and defends the world's corridors, venues, infrastructures, borders, and regions from dangerous or malicious drone threats. Fortem products have been developed and tested over several years through US Department of Defense (DoD) applications and are now available for commercial use.

Commercial customers of drone detection and response services can include oil & gas companies, hosts of large outdoor events such as sports, those with secure facilities such as nuclear power, and government buildings.

How to Effectively Respond to an Attack Drone

The problem is that it is difficult to solve the problem of illegal or attacking drones. Shooting at a drone requires immediate precision and may cause damage to whatever property upon which the drone crashes. RF jamming is technically challenging to achieve with the level of precision needed to accurately jam the drone signal while not interfering with other signals that rely on the same radio band such as air traffic control at an airport.

An AI-engine in SkyDome called ThreatAware analyzes real-time input from multiple sources and sensors to simultaneously assess threats and assign them a threat level. Geofencing and the creation of boundaries and zones can provide automated alerts, texts, and emails when an intruder enters the zone.

The third prong is DroneHunter F700, an autonomous AI-enabled Interceptor Drone. It stops dangerous and malicious drones at a safe distance before they enter a secure area where they could harm people or cause damage to property. DroneHunter can pursue and capture rogue drones that fly too high or too fast for ground-based deterrents.

"This is achieved through net tether — effectively netting a drone and disabling the mechanics," explained Adam. "The drones are then available for forensic analysis as the aim is not only to disable the drone but help deter and prosecute the drone controller."

The SkyDone platform can launch DroneHunter to neutralize dangerous or malicious drones autonomously. 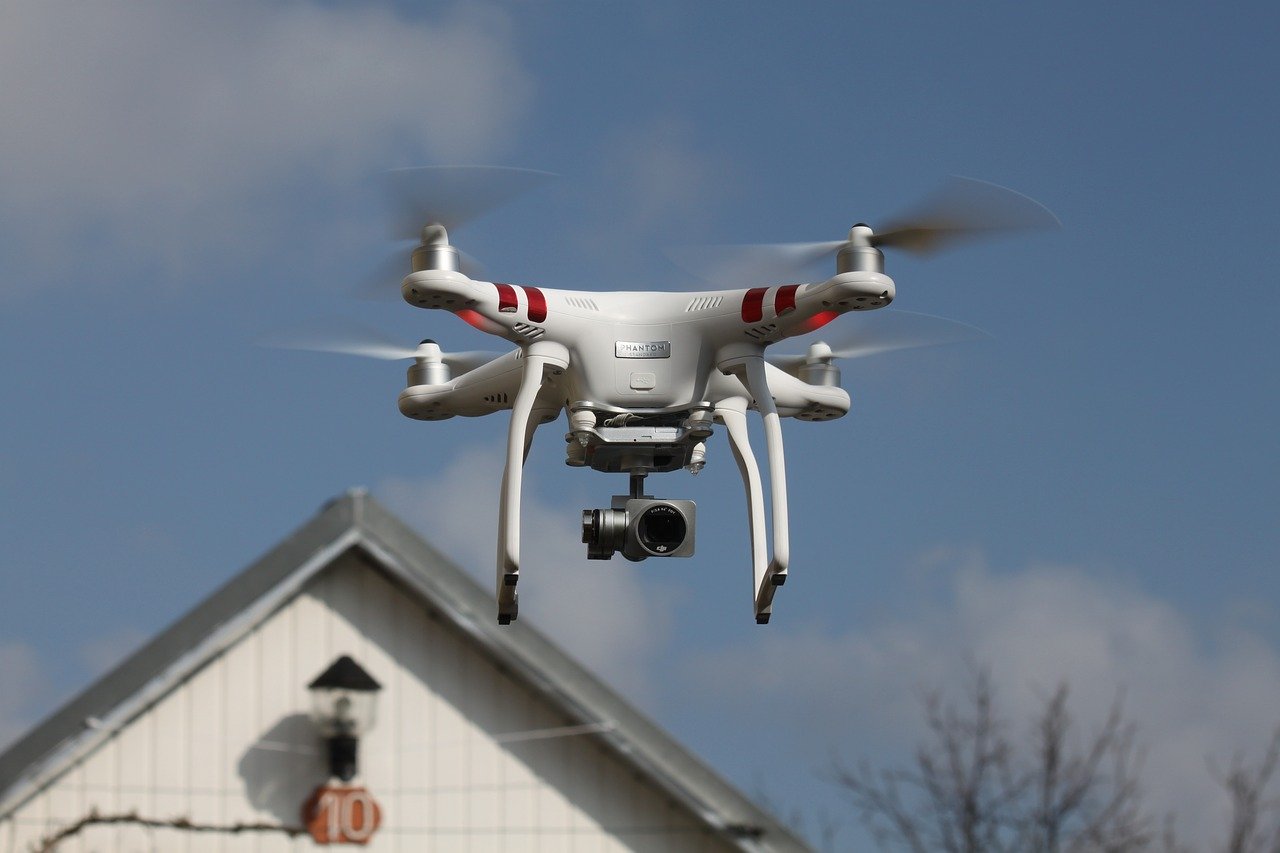 There's a more significant challenge when it comes to drone detection. It's not anything new that drones can be hacked. But Adam also shared,

"In less than 5 minutes an average handy person can turn off the RF signals for both the remote and the drone, converting the off-the-shelf drone into a weapon that can only be tracked by a sophisticated radar system."

"Most criminal or terrorist-operated drones are intentionally flown on a GPS waypoint, thereby eliminating the RF signal entirely. Hence, there is no RF signal to jam. These 'dark drones' or RF silent drones go undetected and undeterred by jammers and can be created by modifying an off-the-shelf drone in a matter of minutes."

Fortunately, Fortem's TrueView radar can detect dark drones and have SkyDome send up a Drone Hunter to capture and retrieve them.

There are many uses of drones for good from crowd control to detecting damage on the roofs of buildings, assisting conservation efforts, and delivering aid during natural disasters. While efforts will be made at a legislative and regulatory level to mitigate the threat of drones in public spaces. Military and law enforcement will continue detection and response solutions such as Fortem Technologies.