In this article, we'll highlight the performance penalties involves by using List or Set in @ManyToMany relationships. We use Spring Data JPA with the default persistence provider, therefore with Hibernate JPA.

In the context of this statement, the entity removal (or reordering) results in deleting all junction entries from the junction table and reinserts them to reflect the memory content (the current Persistence Context content).

Let’s assume that Author and Book involved in a bidirectional lazy @ManyToMany association are mapped via java.util.List, as shown here (only the relevant code is listed):

Further, consider the data snapshot shown in the figure below:

The SQL statements triggered by this deletion are:

The source code is available on GitHub. This is much better since a single DELETE statement is needed to accomplish the job.

Preserving the Order of the ResultSet

There are at least two ways to order the result set by the given columns defined by JPA specification:

This annotation (@OrderBy) can be used with @OneToMany/@ManyToMany associations and @ElementCollection. Adding @OrderBy without an explicit column will result in ordering the entities ascending by their primary key (ORDER BY author1_.id ASC). Ordering by multiple columns is possible as well (e.g., order descending by age and ascending by name, @OrderBy("age DESC, name ASC"). Obviously, @OrderBy can be used with java.util.List as well.

Consider the data snapshot from the below figure:

There is a book written by six authors. The goal is to fetch the authors in descending order by name via Book#getAuthors(). This can be done by adding @OrderBy in Book, as shown here:

When getAuthors() is called, the @OrderBy will:

So, calling getAuthors() will result in a Set of authors conforming to the @OrderBy information. The triggered SQL is the following SELECT containing the ORDER BY clause:

Displaying Set will output the following (via Author#toString()):

If you liked this article then you'll my book containing 150+ performance items - Spring Boot Persistence Best Practices. This book helps every Spring Boot developer to squeeze the performances of the persistence layer. 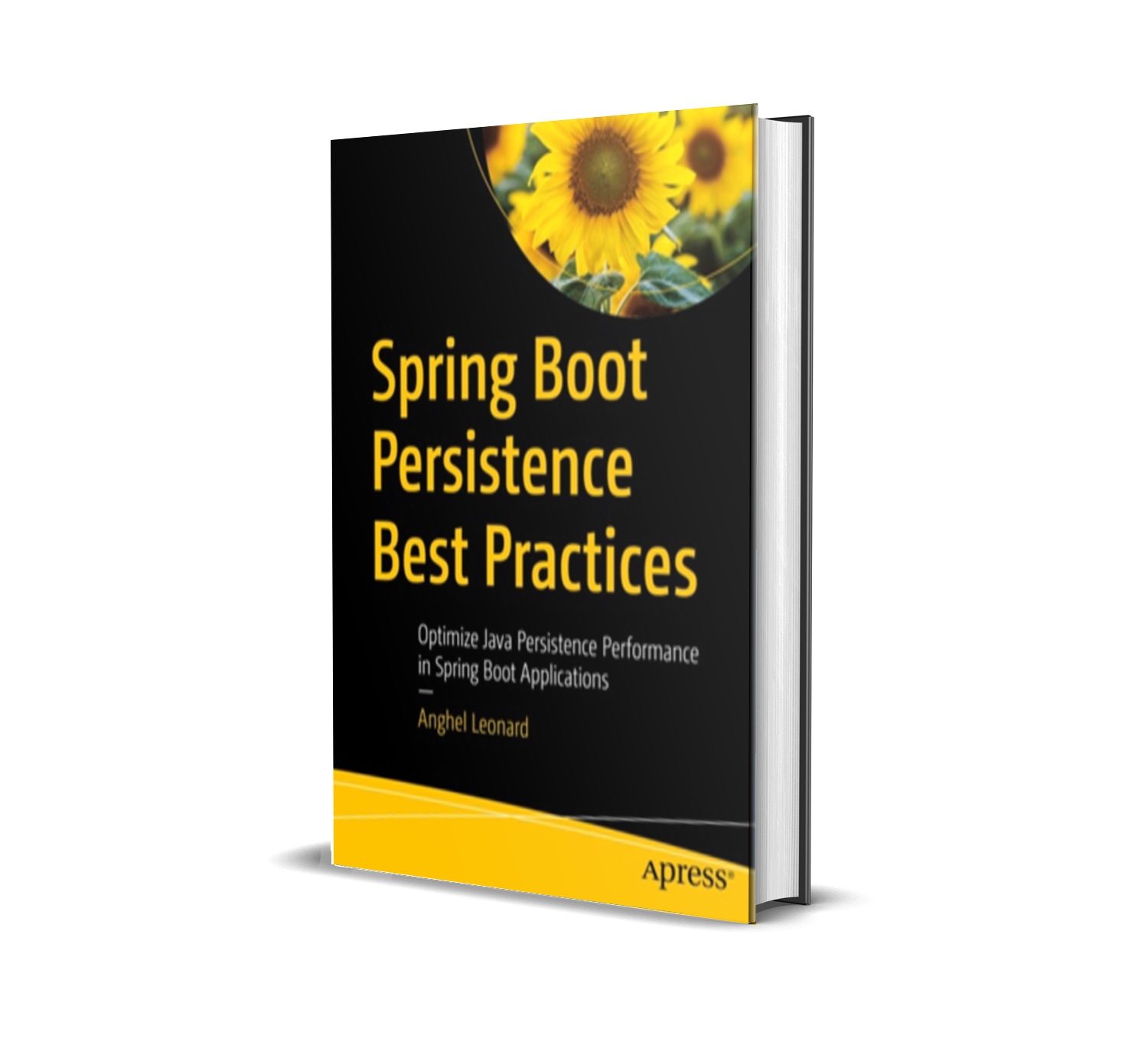 When using the @ManyToMany annotation, always use a java.util.Set. Do not use the java.util.List. In the case of other associations, use the one that best fits your case. If you go with List, do not forget to be aware of the HHH-58557 issue that was fixed starting with Hibernate 5.0.8.