Business agility is built on code agility. For modern digital products and services, the ability to release on demand quickly and safely is a real competitive business advantage.

Continuous Delivery is “the ability to get changes of all types into the hands of users, safely and quickly in a sustainable way.” If you think about Continuous Delivery on an Agile vs. Effort matrix, it falls squarely between Continuous Integration and Continuous Deployment. Often these are collectively referred to as CI/CD.

In the 2019 State of the DevOps Report, over 31,000 respondents reported the effectiveness of their development and delivery processes. The results between the elite and low performers is staggering. The elite performs had 200x more deployments and 100x faster speed to deployment while also being 2,600x faster to recover from incidents and 7x less likely to roll back releases.

This research shows that for elite performing organizations, speed and stability are not opposites! You can have both – in fact you need both – to gain real competitive advantages for your digital products and services.

Code pipelines are the primary technical artifacts of continuous delivery. Modern-day pipelines transform application and infrastructure source code into versioned packages deployable to any environment. By automating all the mundane tasks to build and deploy systems, teams are free to focus on value-added capabilities.

While code pipelines have been around for nearly 20 years – CruiseControl, one of our early favorites, was first released in 2001 – they have evolved quite significantly over the years and really come into their own in the last few years.

Based on our work and observations from our customers, we have identified 7 pipeline design patterns that we see in many modern tech organizations. 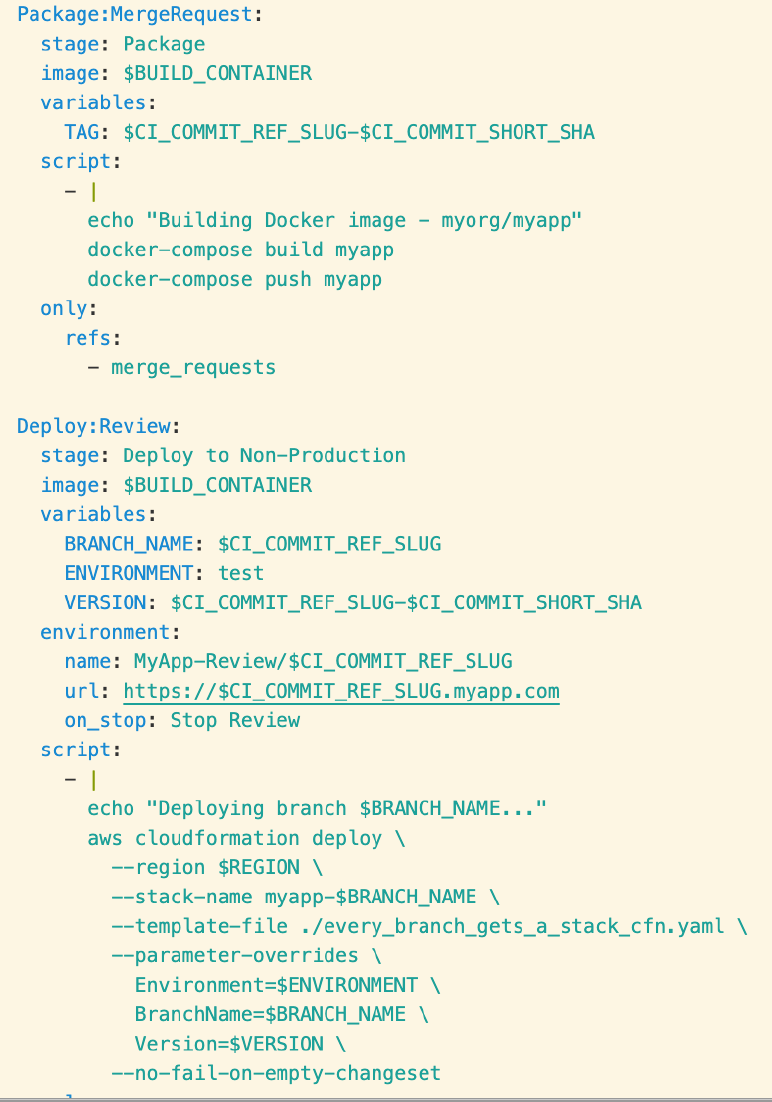 Build and deploy pipelines should be logically separated, independently runnable and triggered by automated or manual events

Branch commits, pull requests, and merges to the mainline can all trigger different pipeline behavior, optimized to the team’s way of working.

Every commit automatically triggers the right pipeline, with build pipelines especially optimized for speed and quick reporting of any issues.

Only versioned packages produced by the build pipeline are deployed and these deployments are triggered by humans or automated events.

Deploy tagged releases to production and automate the paperwork but leave a paper trail.

These are the seven pipeline design patterns we’re increasingly seeing and using in our client engagements. While these present huge leaps forward in terms of speed and stability, code pipelines are not without their challenges.

Security is the biggest challenge we see, due to the complexity that comes with automating what has traditionally been human-centric processes. Pipeline complexity, team adoption, modernizing the change-advisory-board-centric culture, and automating databases are the other big challenges to work through. But it’s possible, we do this every day.

Business agility is built on code agility. For modern digital products and services, the ability to release on demand quickly and safely is a real competitive business advantage. Code pipelines, and these seven design patterns in particular, can help your organization make giant leaps forward in speed and stability and have your teams performing at the elite level.

Published at DZone with permission of Chris Belyea. See the original article here.