A Kumologica API or service integration can be represented as a connected network of nodes, each node is responsible to take a message (request) and produce zero or many outputs, which in turn becomes the input to the next node. A Kumologica flow uses only 3 elements for the propagation and manipulation of data when moving from one node to the other. 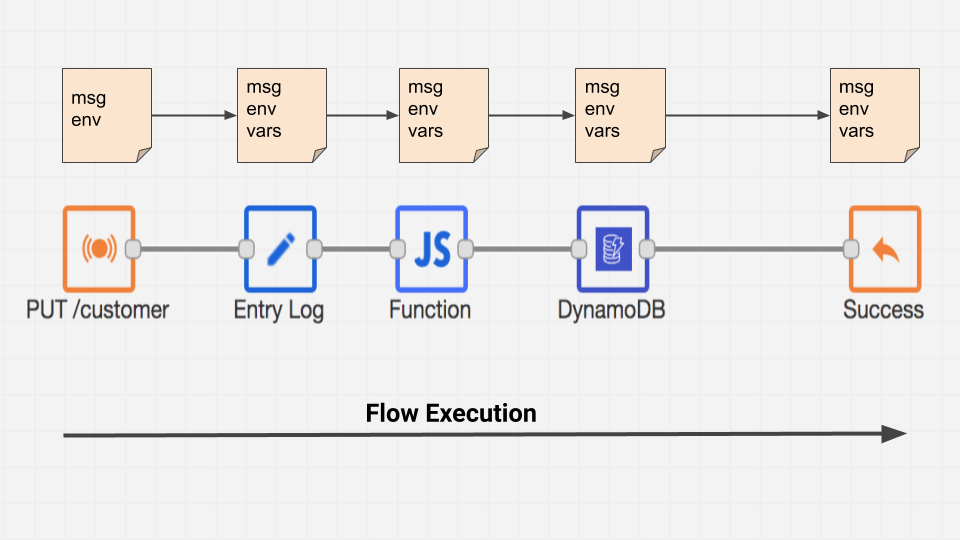 Message (msg) object is a piece of information that node use to communicate with each other. Nodes work on the object their predefined logic and modify the object. The basic structure of the message object is as follows. 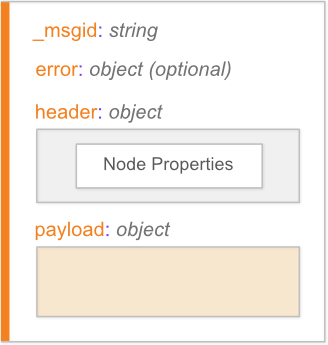 In the above JSON payload, the location field can be accessed in any nodes using the following expression.

Or if you want to introduce a new field in the existing payload you can do as follows.

This will result in the below-given payload output.

Similarly, you can introduce a new field directly on the msg object structure as well.

Variables are temporary storage which can be used when you want to preserve certain content like payload which can be further used at any point in the flow. Variables like message object can be accessed using the expression vars. You can set a variable either using a Set-Property node or a Function node.

Inside the Set-Property node, you need to select $vars from the drop-down to create and initialize a variable.

Environment variable unlike the regular variable is set from outside the context of Kumologica flow. These are variables injected as part of the environment properties of your lambda application.

Know the above 3 elements of Kumologica flow you can manipulate data whichever way you like to build your cool application. All the expressions covered in this article are fundamentally JSONata expressions which means that you can apply the principles of JSONata for the manipulation of your data.