This article shows how you can ping Windows Servers (2008 and 2012) using Ansible Galaxy. You may hook up any plays or windows modules which I will demonstrate in future articles.

Step 1. In our Ansible controller create a directory named "winservers." 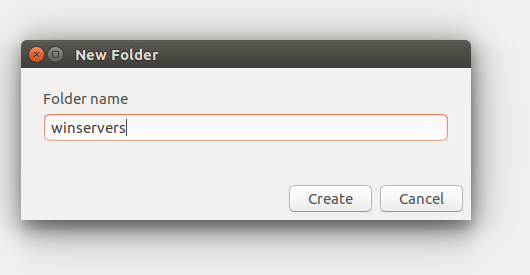 Step 2. Open the Terminal window and browse to the newly created folder "winservers."

Step 3. Create an inventory file (hosts) under  /winservers/ with server the following information:

[winservers] is our group of Windows Servers.

[winservers-vars] contains the ssh access information for both the servers. Both the servers have been configured to have a user named 'Administrator' and the same password.

We are using winrm to connect to the servers.

Since we are not using the default hosts file (/etc/ansible/hosts), we need to instruct Ansible to use the new hosts file that we created in step3.

Create a new file named ansible.cfg and use the following as it's content:

Step 5. We will create a galaxy named "ping."

This command creates our galaxy under  /winservers/ping with the following structure: 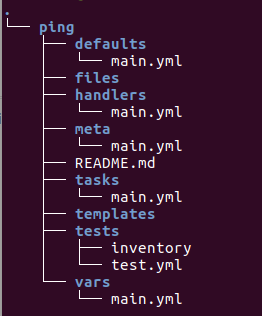 Please note ping is our new role, we will now create a task to ping our Windows Servers.

Step 6. Edit /ping/tasks/main.yml and replace its content with the following:

We are going to use the win_ping module for this.

Step 7. Create a playbook named pingservers.yml under /winservers/ with the following content:

Quick explanation of the above code:

Hosts: all (targets all the servers in our inventory).

Roles: lists all the roles that we want to execute, in our case there is only one role named "ping." 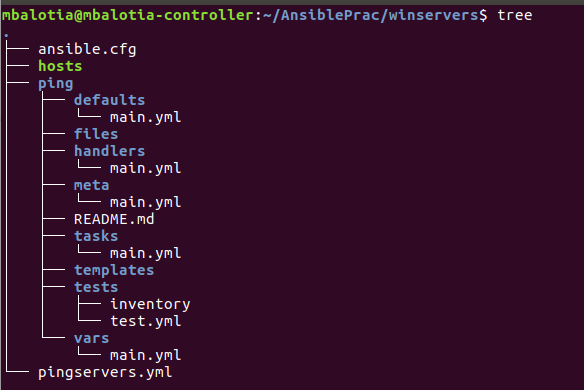 Congratulations! You are now able to ping your windows servers using Ansible Galaxy!