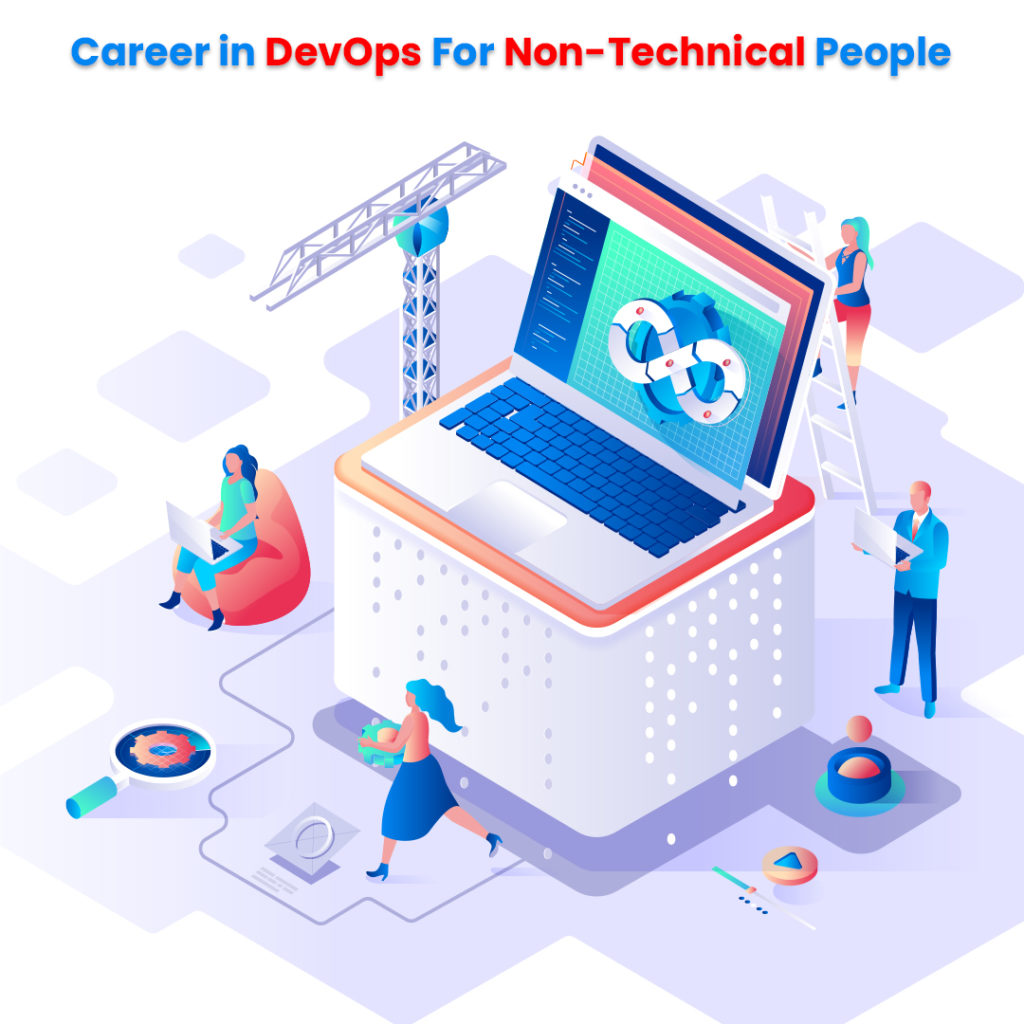 Many of us might be wondering what this DevOps hype is all about. The rise of Industry 4.0 brought with it the trend of automation that is getting into every other sector rapidly. Transforming the industrial manual workflow with the advent of technology and software applications, this change has benefited a lot of organizations and laymen as well. Let’s focus on the DevOps culture (as a part of this industrial revolution) that is gaining huge acclamations in recent times.

As the name suggests, DevOps is a collaboration of the development (Dev) and operations (Ops) teams with its foundation depending on providing IT automation. DevOps is an agile methodology that includes a set of practices to remove manual efforts to build, stage, deploy, and test any software application.

Innovation is paramount to every business and so is creating newer software for increasing the customer base or balancing the workflow in the company. However, software development is associated with risks of failure and resource loss and there is also the very high tension between the development and operations team that every IT industry has to face. However, with the advent of DevOps, there is increased output and better work environments for companies adopting it.

You may also enjoy: DevOps Roles: Which is Your Dream Job?

DevOps attracts people with technical as well as non-technical background. But let’s focus on the prospects that a non-technical guy can get by choosing a career path in DevOps. By learning DevOps skills, you can become:

If you are still unsure about the benefits of choosing a career in DevOps, here is a fact for you: in a survey taken by the DevOps Institute, nearly 66% of the respondents agreed to have adopted DevOps in their business up to some degree.

Now that you have shown interest in the career opportunities that DevOps can bring you, certain skills should be mastered to gain a strong place in the competitive IT scenario.

The virtualization concept is a boon to the cloud computing transformations adopted by the global industrial sector. As such, it is necessary to understand virtualization to build a career in DevOps and any other IT streams. It is a process where a virtual layer for any application such as operating systems, networks, servers, etc. is constructed whereby offering the users to access them from any remote location whenever they want.

In DevOps, virtualization helps in creating a virtual environment for the development and deployment of any software application, which simultaneously reduces project failure. It is possible due to the real-time testing operated in simulated environments that contain all the necessary devices and systems made available to the consumers. As a result, the accuracy level increases due to prior testing of deployment and adding necessary solutions as required.

Moving on to the aspect of clusters of containers for larger applications, DevOps tools like the Kubernetes and Docker provide orchestration of such lightweight containers, which result in efficient work delivery. So if you want to build a career in DevOps, gaining a deep insight into containerization is a much needed and advantageous skill.

As tech competition is growing in every corner of the world, businesses strive to gain dominance through efficiency and reliability. To effectively run any business, there is a need for technology as well as process improvisation. Eyeing on promoting the developers to work efficiently, cloud and DevOps work in a symbiotic relationship to allow more control and speed in the development processes.

Having detailed knowledge about the core of cloud services helps one to gain more job opportunities in this field since it has a huge demand due to the automation trend that it brings along to any organizations’ workflow.

Cisco evaluates that global cloud traffic will have a record of 95% of the total data center traffic by the year 2021.

In light of this, there is a long term benefit for choosing DevOps with cloud since automation is ruling the market.

With so many virtual machines, networks, and connections involved in any IT environment, there is a need to manage and monitor such infrastructures. Infrastructure as Code (IaC) is the management and provisioning of these IT infrastructures by using specific code, which limits the use of any manual, complex, and outdated processes. Another prominent pillar to boost the concept of automation as nurtured by DevOps culture, IaC is a prerequisite to any DevOps practices – automated testing and deploying, continuous integration, code review, and more.

This Agile methodology to bring about more communication between the two core teams of any organization — development, and operations — has turned out to be a prosperous career path for many technical and non-technical candidates. The ever-increasing demand of the DevOps practices by IT and other industrial sectors opens up a new horizon of job opportunities for enthusiasts.

How to Make the Transition to a New Career