Containers are lightweight OS-level virtualizations that allow us to run an application and its dependencies in a resource-isolated process. All the necessary components that are required to run an application are packaged as a single image and can be re-used. While an image is executed, it runs in an isolated environment and does not share memory, CPU, or the disk of the host OS. This guarantees that processes inside the container cannot watch any processes outside the container. 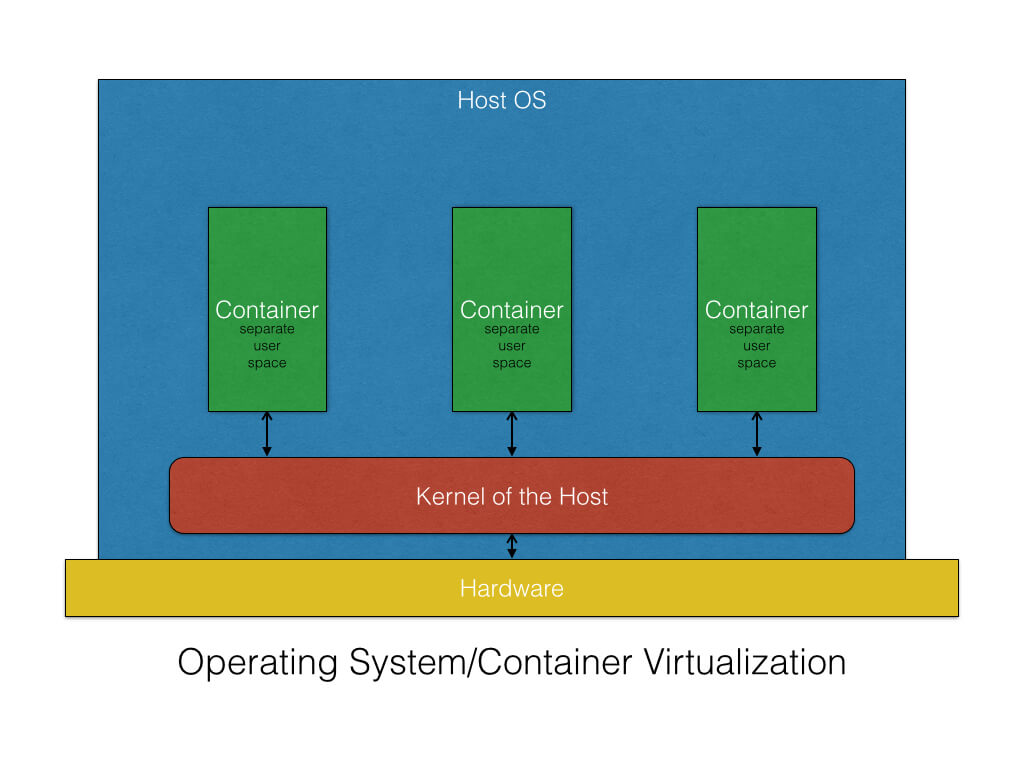 Difference Between Virtual Machines and Containers

Virtual machines generally include entire operating system along with the application. They also need a hypervisor running along with them to control the VM.

As they include the operating system, therefore their size is of several gigabytes. One of the downsides of using VMs is that they take up several minutes to boot up the OS, and they initialize the application they are hosting. At the same time, the containers are lightweight and are, mostly, in the megabytes size range. Comparing their performance to VMs, containers perform much better and can start almost instantly. 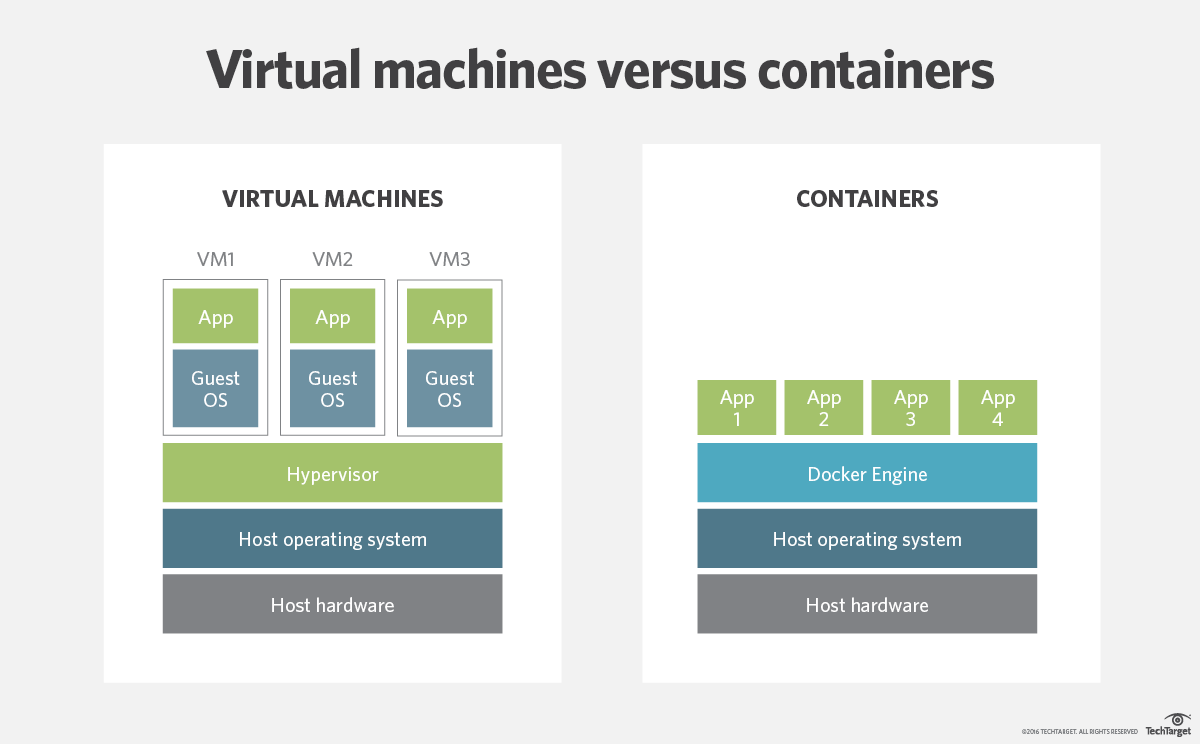 What Problems Do Containers Solve?

Many problems come to light when the application computing environment changes. This could be when a developer pushes code from the dev environment to a test environment, and then further on. For example: A developer wrote the application code in Windows, but the upper environment(s) (test, stage, or prod) are Linux-based. In such a case, there is the chance that some functionality will stop working when the OS changes. So, basically, when the supporting software environment is not identical, then the chances of intermittent failure are higher.

As Solomon Hykes, the creator of Docker, says "You're going to test using Python 2.7, and then it's going to run on Python 3 in production and something weird will happen. Or you'll rely on the behavior of a certain version of an SSL library and another one will be installed. You'll run your tests on Debian and production is on RedHat and all sorts of weird things happen."

OS containers: As per Wikipedia, "Operating-system-level virtualization is a computer virtualization method in which the kernel of an operating system allows the existence of multiple isolated user-space instances, instead of just one. Such instances, which are sometimes called containers, virtualization engines (VEs) or jails (FreeBSD jail or chroot jail), may look like real computers from the point of view of programs running in them."

As stated, they share the kernel of the host operating system but provide user space isolation. Different applications can be installed, configured, and can run just like we run applications on a host OS. Similarly, the resources assigned to a container are visible to that container only. Any other guest OS image will not be able to access resources of another guest OS.

They are useful when there is a need to configure a fleet of OSs having identical configurations. Thus, it helps in creating templates, which can be used to create a similar flavor to another OS. 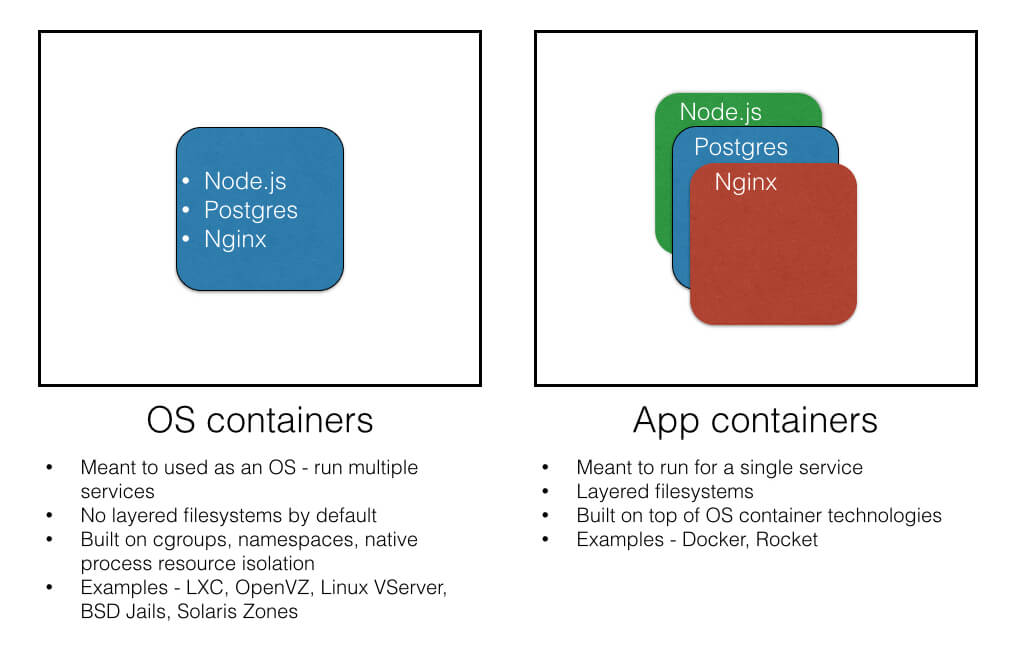 Application containers: As per Wikipedia, "Application virtualization is software technology that encapsulates computer programs from the underlying operating system on which it is executed. A fully virtualized application is not installed in the traditional sense, although it is still executed as if it were. The application behaves at runtime like it is directly interfacing with the original operating system and all the resources managed by it, but can be isolated or sandboxed to varying degrees.

Application containers are designed to package and run services as a single process, whereas in OS containers, multiple services and processes can run.

Container technologies like Docker and Rocket are examples of application containers.