Message or Content Enricher is an enterprise integration pattern that receives an incoming message that doesn't have all the required information, then retrieves that required information from another target system appends it to the data to the message, or forms a new message with everything we need. The image below demonstrates the basic flow. 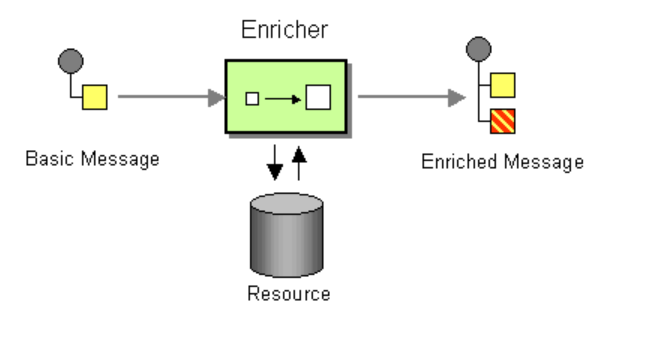 In MuleSoft 4, there is no component like the Message Enricher — it has been removed.  This component is replaced by the Target and Target Value attributes with the message processor.

One use case is if you don't want to change your actual payload when a request has been processed by a particular processor.

Here is a video tutorial explaining step by step how to enrich data with Target and Target Values in MuleSoft.

Now you know how to implement a Message Enricher with MuleSoft.