This post is as an introduction to Azure DevOps. If you are new to this, can check out a helpful DZone article here.

Use the azure-pipelines.yml file at the root of the repository. Get this file to build the Android application using a CI (Continuous Integration) build.

After creating a new build pipeline, you will be prompted to choose a repository. Select the Github/Azure Repository. Need to authorize the Azure DevOps service to connect to GitHub account, Click Authorize, this will integrate with your build pipeline. 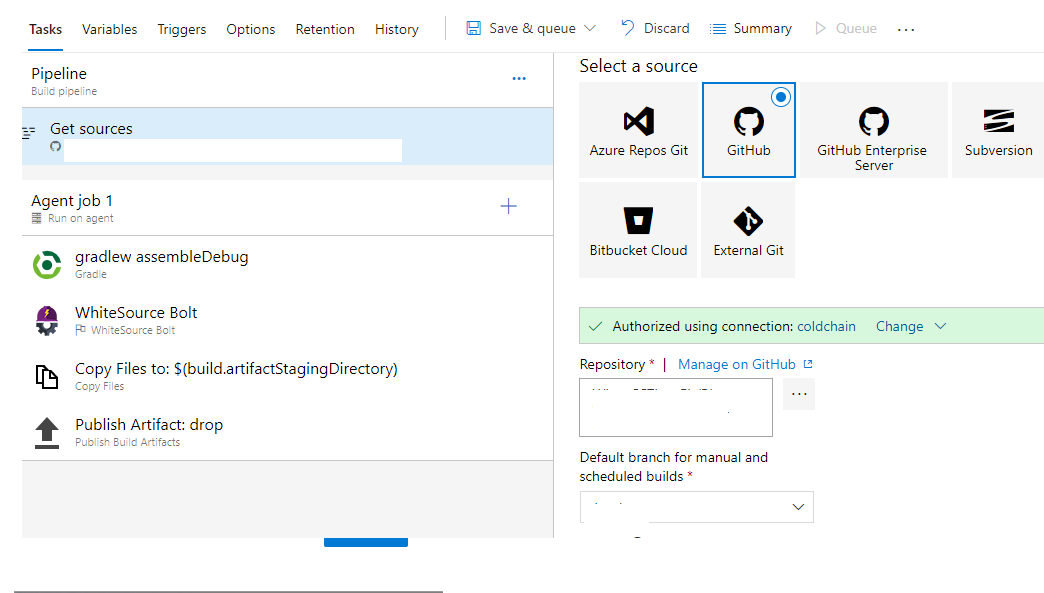 After connection to GitHub has been authorized, select the right repo, which is used to build the application.

This task detects all open source components in your build, security vulnerabilities, scan libraries, and outdated libraries (including dependencies from the source code). You can view from the build level, project level, and account level.

Copy the .apk file from source to the artifact directory.

Use this task in the build pipeline to publish the build artifacts to Azure pipelines and file share.it will store it in the Azure DevOps server.

The new pipeline wizard should recognize that you already have an azure-pipelines.yml in the root repository.

The azure-pipeline.yml file contains all the settings that the build service should use to build and test the application, as well as generate the output artifacts that will be used to deploy the app later release pipeline(CD).

After everything is perfect, save and queue the build so you can see the corresponding task of logs to the respective job. 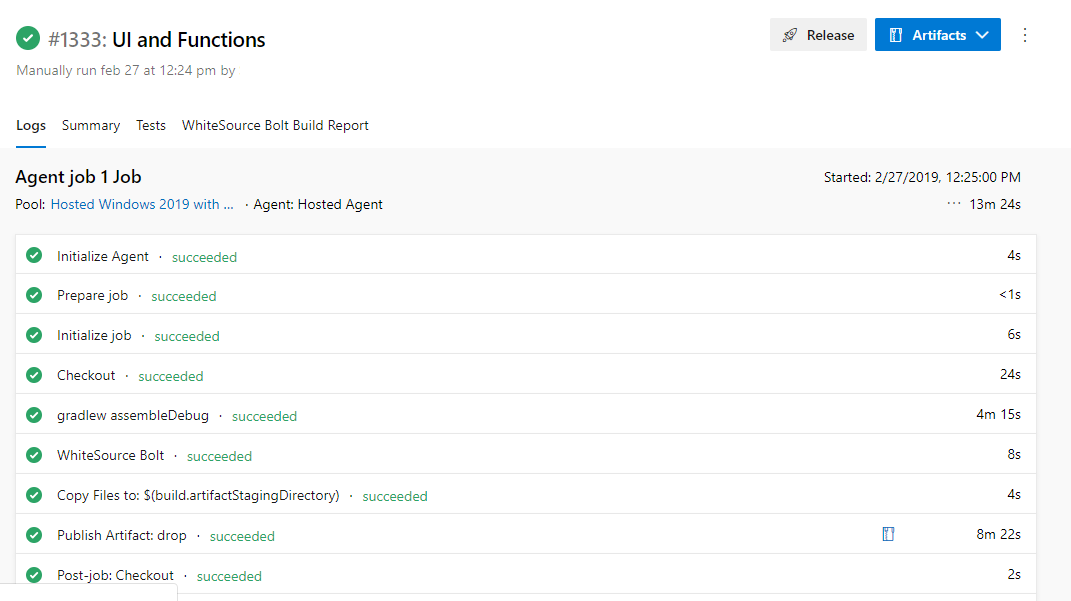 After everything is done, extract the artifact zip folder, copy the .apk file into the mobile device and install the .apk file.