Dedicated Load Balancer is an optional component in Anypoint Platform which allows the route of external HTTP/HTTPs traffic to multiple applications deployed to Cloudhub within VPC.

Each Dedicated Load Balancer has a DNS A record lb-name.lb.anypointdns.net that resolves to the two public IP addresses of the two instances. 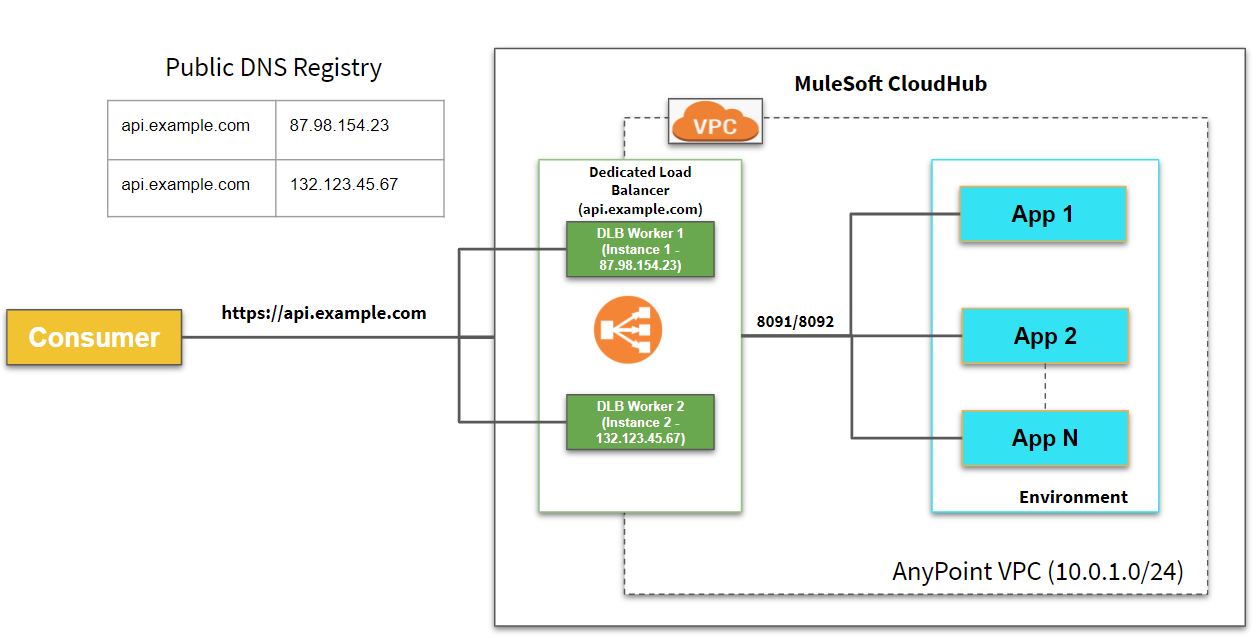 To allow dedicated load balancers must be used by a set of IP addresses or single IP addresses, you need to add those IP addresses in the form of CIDR notations (e.g. 192.168.1.0/24).

Configure SSL certificate to enable HTTPS (Public Key and Private Key). For two way authentication, you can configure Client Certificate and that is optional. The dedicated load balancer must be associated with at least a pair of one certificate.

Generally, we configure the certificates on Dedicated Load Balancer from CA authority. For testing purposes, you can use self-signed certificates.

The above command will generate Private Key and Public Key that can be configured on a dedicated load balancer.

You can generate certificates by adding below content in .cfg file and pass to OpenSSL command.

Mapping rules are used on dedicated load balancers to translate input URI to call applications deployed on Cloudhub. A pattern is a string that defines a template for matching an input text. Whatever value is placed within curly brackets ({ }) is treated as a variable. Variable names can contain only lowercase letters (a-z) and no other characters, including slashes.

One Dedicated Load Balancer Mapped With One Environment

Let's consider that we have 2 DNS (i.e. api-dev.example.com and api-test.example.com) setup on a dedicated load balancer.

We can use this mapping rule to achieve this.

This above rule will be applied when requests come on DLB and route to the Cloudhub application in the VPC. 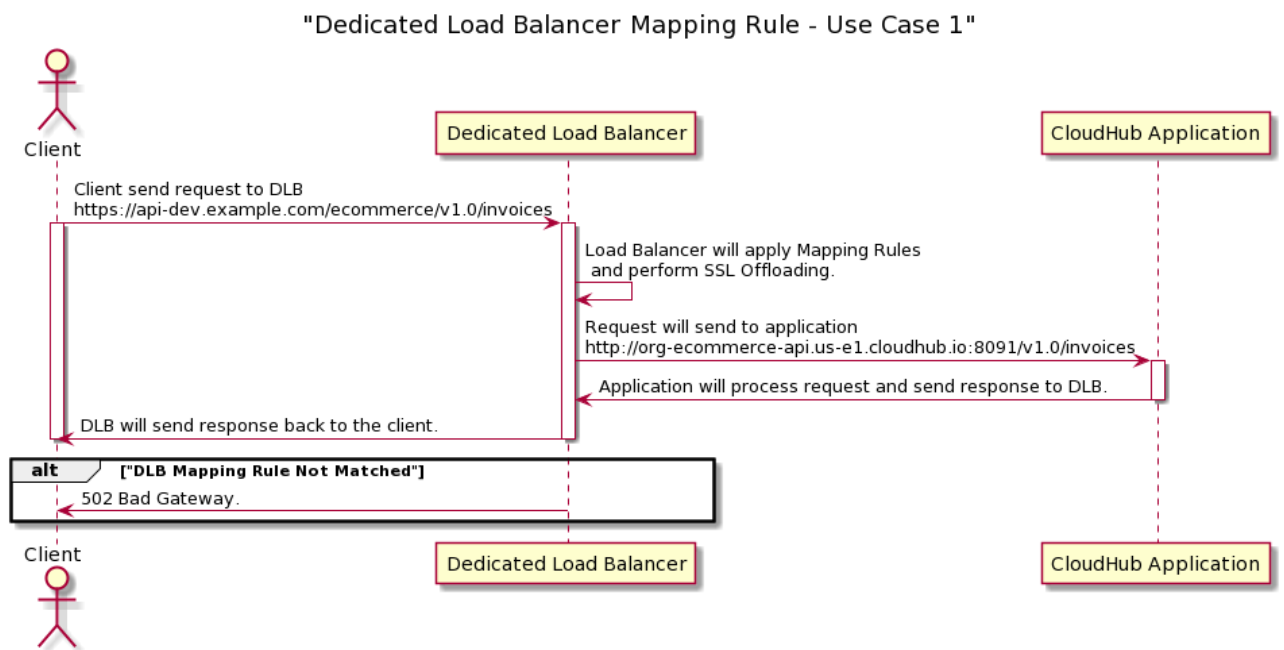 But here we have some problems that on our DLB, we have set up 2 DNSs, one for Dev and another for Test. Now, how will the DLB know this is a request that needs to route to either the Dev or Test application because the same rule will be applied for both?

To avoid this, we will be using a subdomain in the next use case.

In this case, we will be using a subdomain for routing the request to the correct environment from DLB.

subdomain is variable to map any subdomain.

In this use case, we solve the issue of routing the request from DLB to the correct environment. 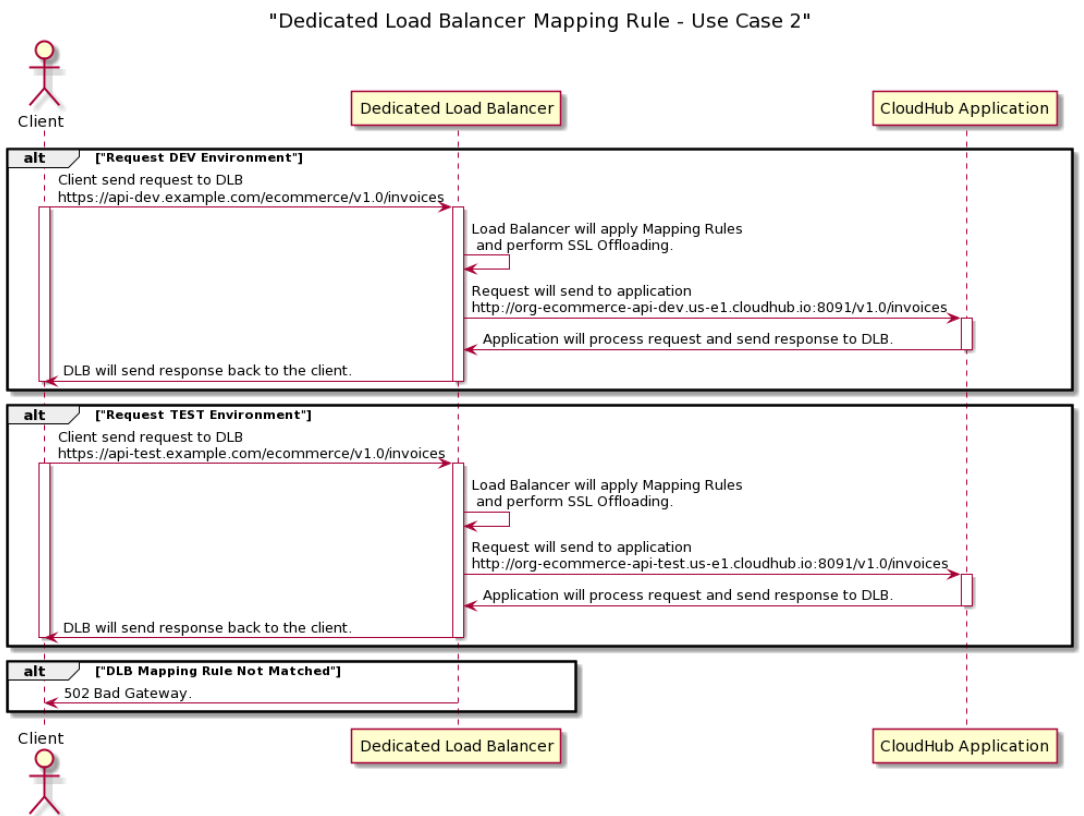 Let's consider another scenario where you want to route the request to CloudHub on the basis of the application version. We will see this in the next use case. 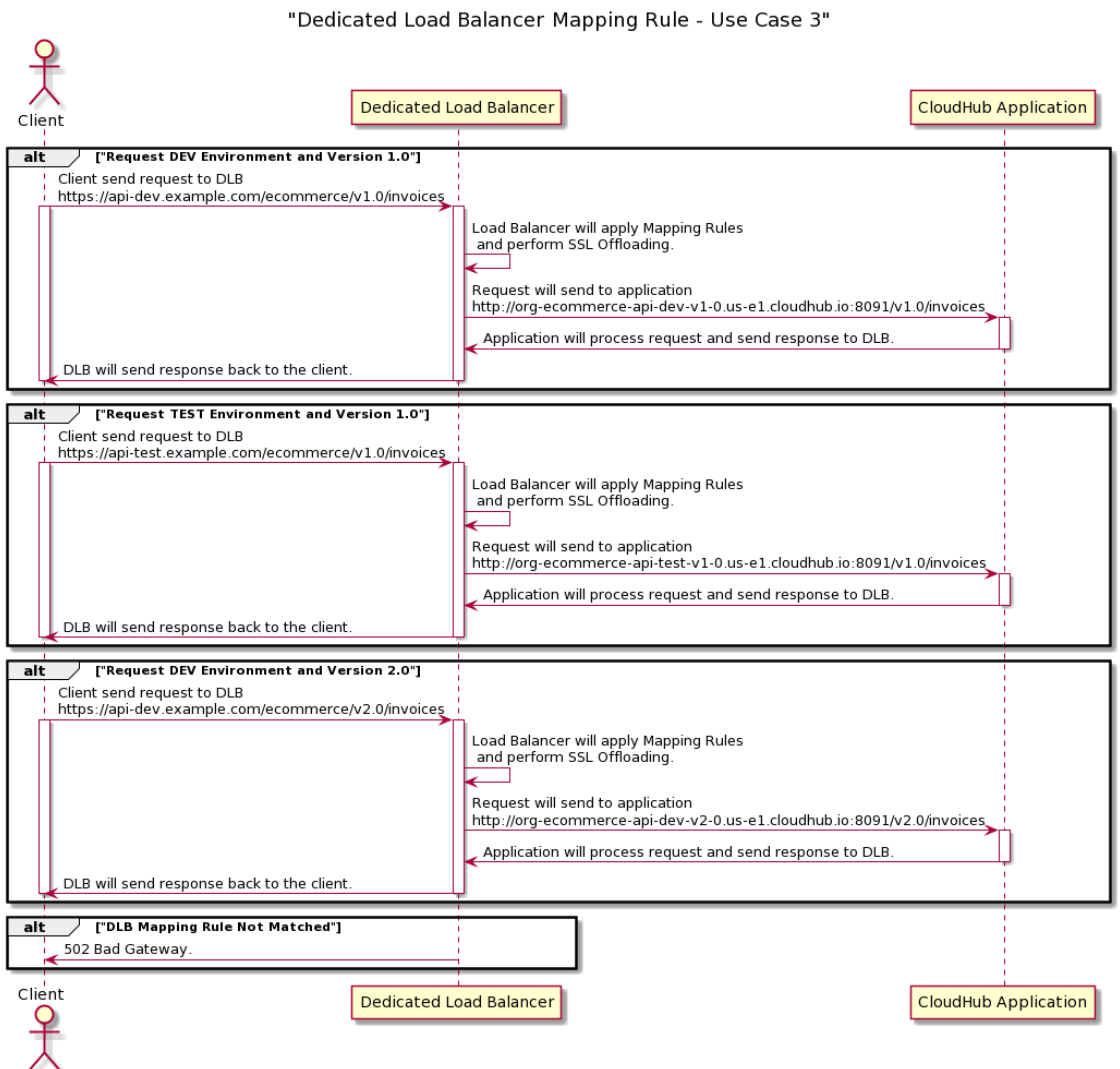 DLB will apply the first matching rule regardless of more exact matching rules available. A rule defined first, at index 0 has higher priority against other rules defined after it. The higher the index assigned, the less priority the mapping rule has.