this article covers kafka producer architecture with a discussion of how a partition is chosen, producer cadence, and partitioning strategies.

generally speaking, producers send records to a partition based on the record’s key. the default partitioner for java uses a hash of the record’s key to choose the partition or uses a round-robin strategy if the record has no key.
the important concept here is that the producer picks partition. 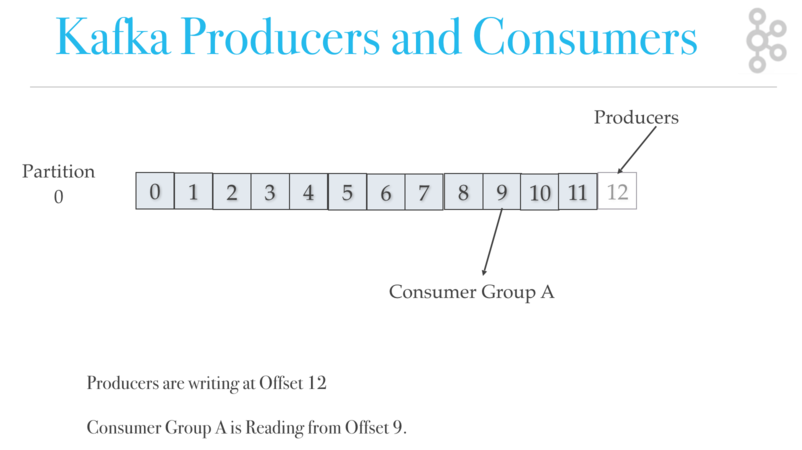 producers are writing at offset 12, while at the same time, consumer group a is reading from offset 9.

producers write at their cadence so the order of records cannot be guaranteed across partitions. the producers get to configure their consistency/durability level (ack=0, ack=all, ack=1), which we will cover later. producers pick the partition such that record/messages go to a given partition based on the data. for example, you could have all the events of a certain ‘employeeid’ go to the same partition. if order within a partition is not needed, a ‘round robin’ partition strategy can be used, so records get evenly distributed across partitions.

yes. a producer could have a burst of records, and a consumer does not have to be on the same page as the consumer.

what is the default partition strategy for producers without using a key?

what is the default partition strategy for producers using a key?

records with the same key get sent to the same partition.

what picks which partition a record is sent to?

the producer picks which partition a record goes to.

please continue reading about kafka architecture. the next article covers kafka consumer architecture with a discussion of how records are divided up among consumers in a consumer group, consumer failover, and consumer load balancing.