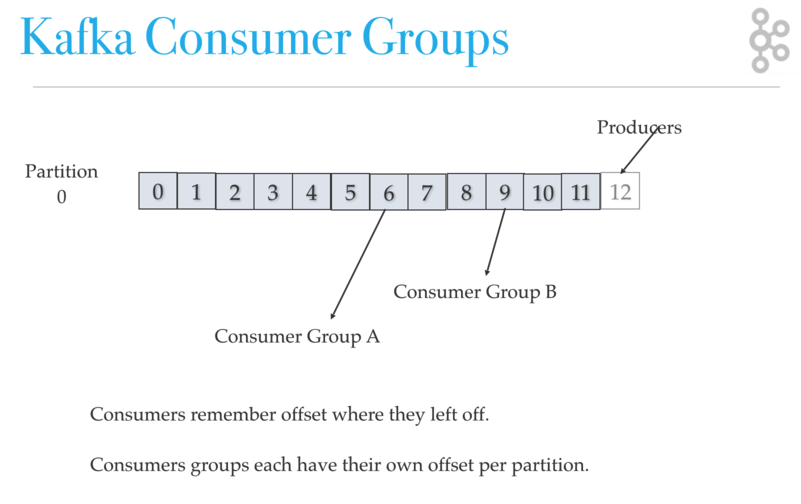 consumers remember offset where they left off reading. consumers groups each have their own offset per partition.

consumers notify the kafka broker when they have successfully processed a record, which advances the offset.

if a consumer fails before sending commit offset to kafka broker, then a different consumer can continue from the last committed offset.

if a consumer fails after processing the record but before sending the commit to the broker, then some kafka records could be reprocessed. in this scenario, kafka implements the at least once behavior, and you should make sure the messages (record deliveries ) are idempotent.

kafka stores offset data in a topic called "__consumer_offset" . these topics use log compaction, which means they only save the most recent value per key.

when a consumer has processed data, it should commit offsets. if consumer process dies, it will be able to start up and start reading where it left off based on offset stored in "__consumer_offset" or as discussed another consumer in the consumer group can take over.

what can kafka consumers see?

“high watermark” is the offset of the last record that was successfully replicated to all partition’s followers. consumer only reads up to the “high watermark”. 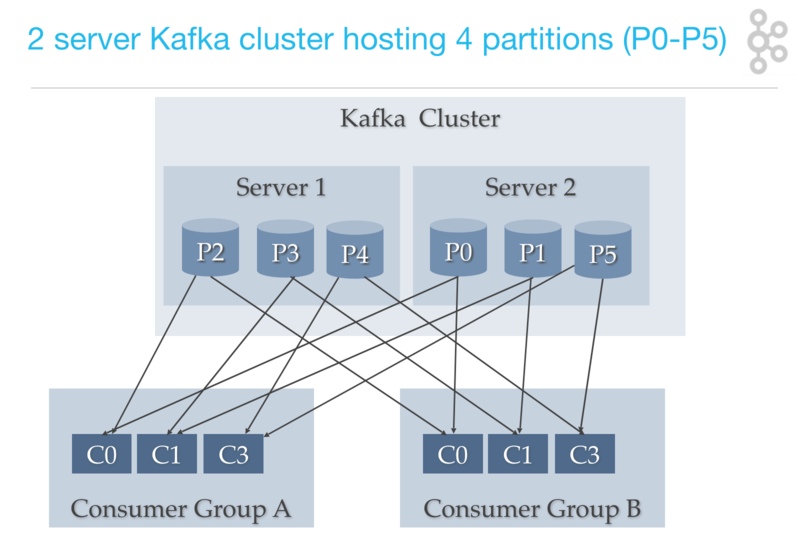 you can run more than one consumer in a jvm process by using threads.

consumer with many threads

if processing a record takes a while, a single consumer can run multiple threads to process records, but it is harder to manage offset for each thread/task. if one consumer runs multiple threads, then two messages on the same partitions could be processed by two different threads which make it hard to guarantee record delivery order without complex thread coordination. this setup might be appropriate if processing a single task takes a long time, but try to avoid it.

if you need to run multiple consumers, then run each consumer in their own thread. this way kafka can deliver record batches to the consumer and the consumer does not have to worry about the offset ordering. a thread per consumer makes it easier to manage offsets. it is also simpler to manage failover (each process runs x num of consumer threads) as you can allow kafka to do the brunt of the work.

what is a consumer group?

does each consumer group have its own offset?

when can a consumer see a record?

a consumer can see a record after the record gets fully replicated to all followers.

what happens if there are more consumers than partitions?

the extra consumers remain idle until another consumer dies.

what happens if you run multiple consumers in many threads in the same jvm?

each thread manages a share of partitions for that consumer group.