Kubernetes is an open-source container orchestration tool that provides a portable platform for automating the deployment of containerized applications.

The Kubernetes platform offers desired state management, which enables the cluster services to run, the fed configuration in the infrastructure. Let me explain with an example. 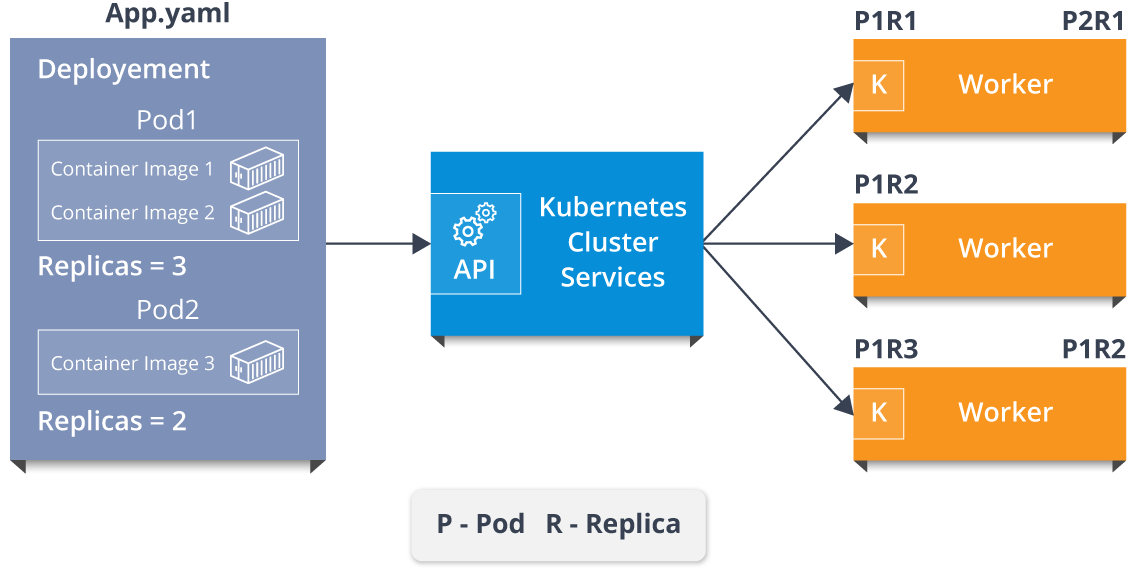 So, this whole setup of cluster services and the workers themselves makes up this Kubernetes cluster!

How do you think these individually allocated pods communicate with each other?

The answer is Kubernetes networking!

There are mainly 4 problems to solve with the networking concepts.

Now, let me tell you how are the above problems are solved with Kubernetes networking.

The communication between pods, services, and external services to the ones in a cluster brings in the concept of Kubernetes networking.

So, for your better understanding let me divide the concepts into the following.

Pods are basic units of Kubernetes applications that consist of one or more containers allocated on the same host to share a network stack and other resources. This implies that all containers in a pod can reach other on a local host.

So, let's start with intra-node communication, but before that let me introduce to you the components of the pod network.

An intra-node pod network is basically the communication between two different nodes on the same pod. Here's an example.

Assume a packet is going from pod 1 to pod 2. 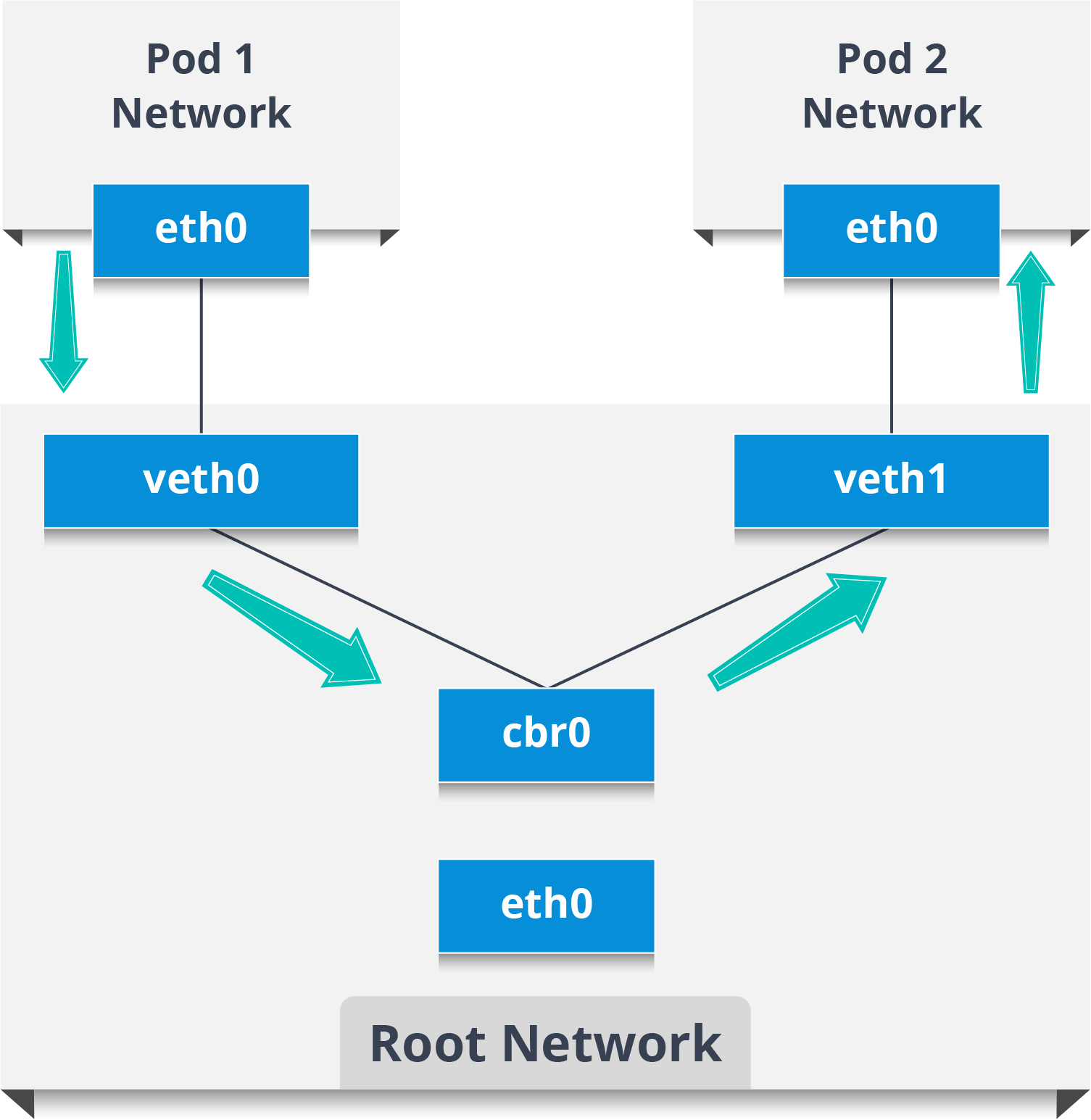 Now, similarly let me tell you about the inter-node pod communication. 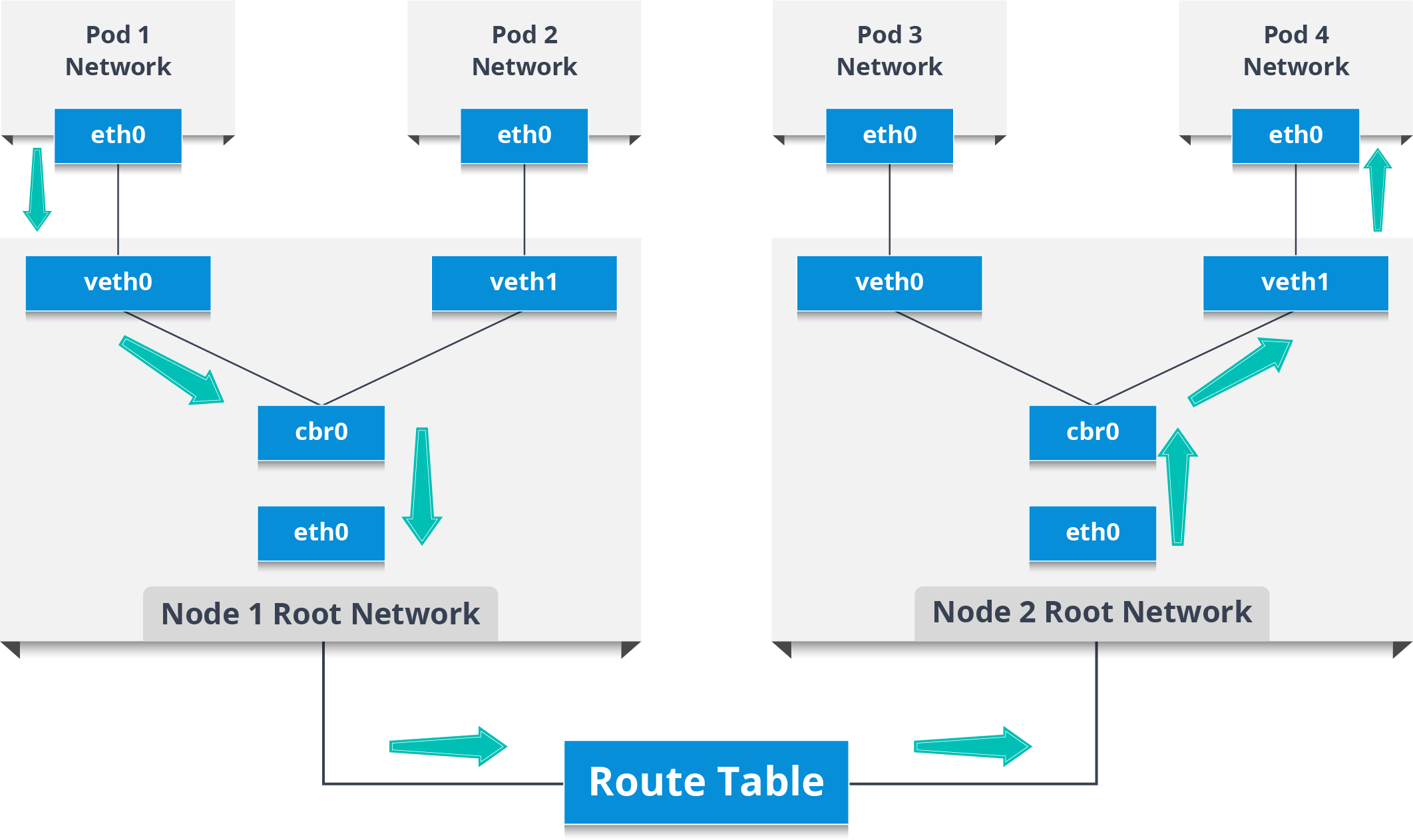 Now, assume a packet travels from pod 1 to a pod 4, which is on a different node.

So, that's how pods communicate with each other. Now, let's move on and see how services help in the communication of pods.

So, what do you think the services are?

Basically, services are a type of resource that configures a proxy to forward the requests to a set of pods, which will receive traffic and is determined by the selector. Once the service is created, it has an assigned IP address which will accept requests on the port.

Now, there are various service types that give you the option for exposing a service outside of your cluster IP address.

There are mainly 4 types of services.

Now, you might be wondering how external services connect to these networks.

Well, that's by none other than an Ingress network.

An Ingress network is the most powerful way of exposing services as it is a collection of rules that allow inbound connections, that can be configured to give services externally through reachable URLs. So, it basically acts as an entry point to the Kubernetes cluster that manages external access to the services in a cluster.

Now, let me explain to you the workings of Ingress Network with an example.

We have 2 nodes, with the pod and root network namespaces with a Linux bridge. In addition to this, we also have a new virtual ethernet device called flannel0 (network plugin) added to the root network. 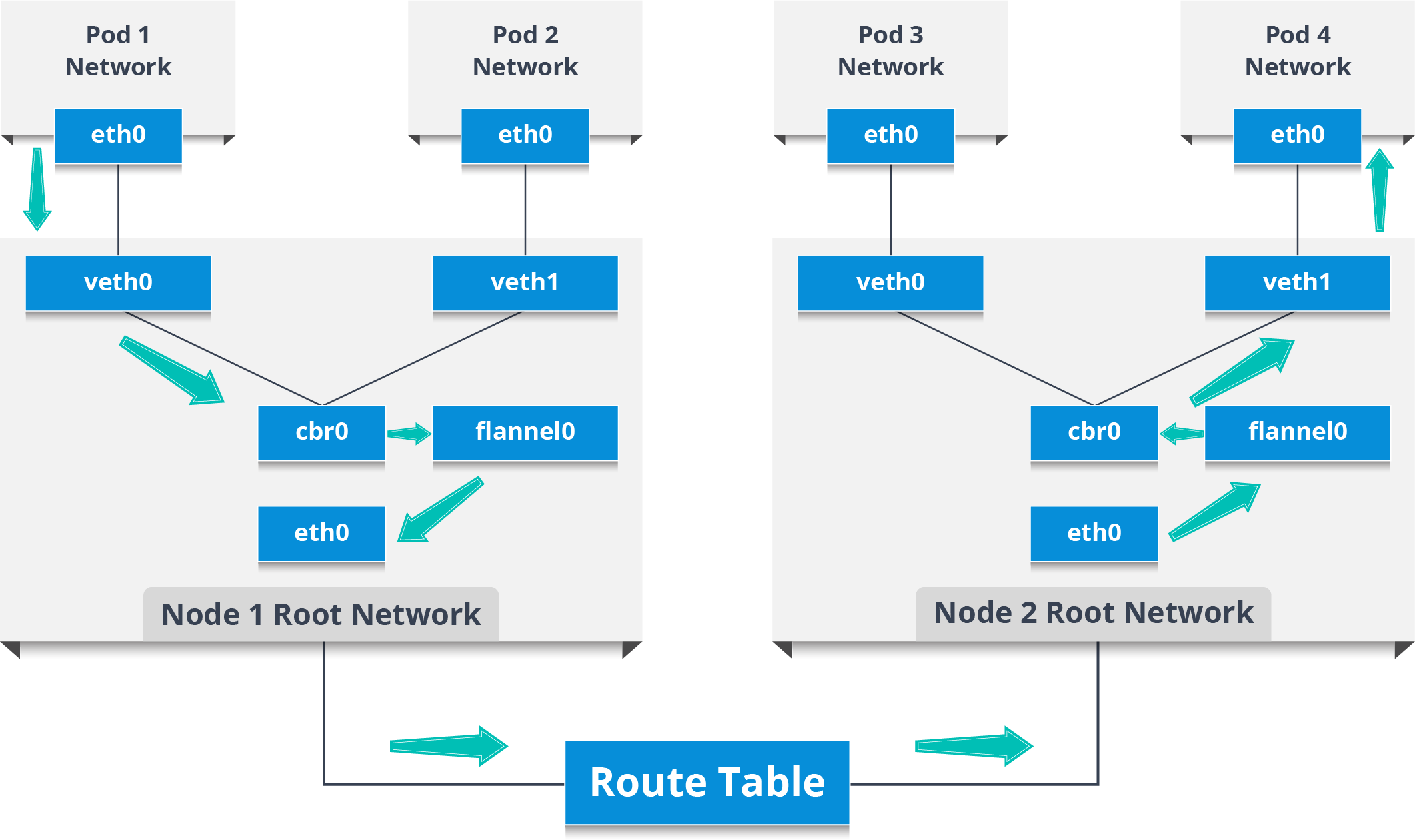 So, that's how external services are connected with the help of an ingress network. Now, as I was talking about Network plugins, let me introduce you to the list of popular network plugins available.

Now, that I have told you so much about Kubernetes networking, let me show you a real-life case study.

It was extremely important for the company to quickly discover and eliminate code vulnerabilities with full visibility of their cloud environment but wanted to control traffic through access restrictions.

So, they used Kubernetes infrastructure to manage the provisioning and rollout of the clusters with the help of tools to manage the deployment and configuration of microservices across the Kube clusters.

They also used a network policy feature of Kubernetes to allow them to control traffic through access restrictions.

The only solution the company could find for this was to use a network plugin, and so they started using Weave Net.

This network plugin creates a virtual network that has a network policy controller to manage and enforce the rules in Kubernetes. Not only this, but it also connects Docker containers across multiple hosts and enables their automatic discovery.

Now, with his deployment on each Kubernetes node, the plugin manages inter-pod routing and has access to manipulate the IPtables rules. In simple terms, each policy is converted to a collection of IPtables rules, coordinated and configured across each machine to translate the Kubernetes tags.

Alright, now that you have gone through so much theory about Kubernetes networking, let me show you how is it done practically.

Step 1: Create a folder in your desired directory and change the working directory path to that folder.

Step 3: Once you create the deployment files, deploy both the applications.

Step 3.1: Check both the deployments.

Step 4: Now, you have to create services for both the applications.

Step 4.2: Check whether the services have been created or not.

Step 6: Go into the container inside the webapp pod.

Step 6.1: Now, change the $servername from localhost to the SQL service name which is  webapp-sql1  in this case, and $password   from "" to edureka . Also, fill all the database details required and save your index.php file by using the keyboard shortcut Ctrl+x and after that press y to save and press enter.

Step 7: Now, go into the MySQL container present in the pod.

Step 7.1: Get the access to use the MySQL container.

Where -u represents the user and -p is the password of your machine.

Step 7.2: Create a database in MySQL which will be used to get data from webapp.

Step 7.3: Use the created database.

Step 7.4: Create a table in this database in MySQL which will be used to get data from webapp.

Step 8: Check the port number on which your web application is working.

Step 9: Once you click on "Submit Query," go to the node in which your MySQL service is running and then go inside the container.

This will show you the output of all the list products, of which you have filled in the details.