In my last blog, we were discussing the biological motivations of the artificial neural network. This time, we will discuss the artificial neural network in practice. In ANNs, we have different layers of networks to solve a problem. How many layers required to solve certain problems is a different topic — and I will be writing a blog on that soon. However, we can still proceed to implement the network and make it learn how to solve the problem.

As programmers, we understand code better than anyone else and we can pick anything up pretty quickly. You can also learn about ANNs directly by going through the code. However, so far, I feel that knowing the math behind ANN algorithms helps more in understanding the process. So before going to the code, I will be discussing the math behind it. The image below is a feedforward network. There are several network structures in ANNs, but let’s start with this one first. 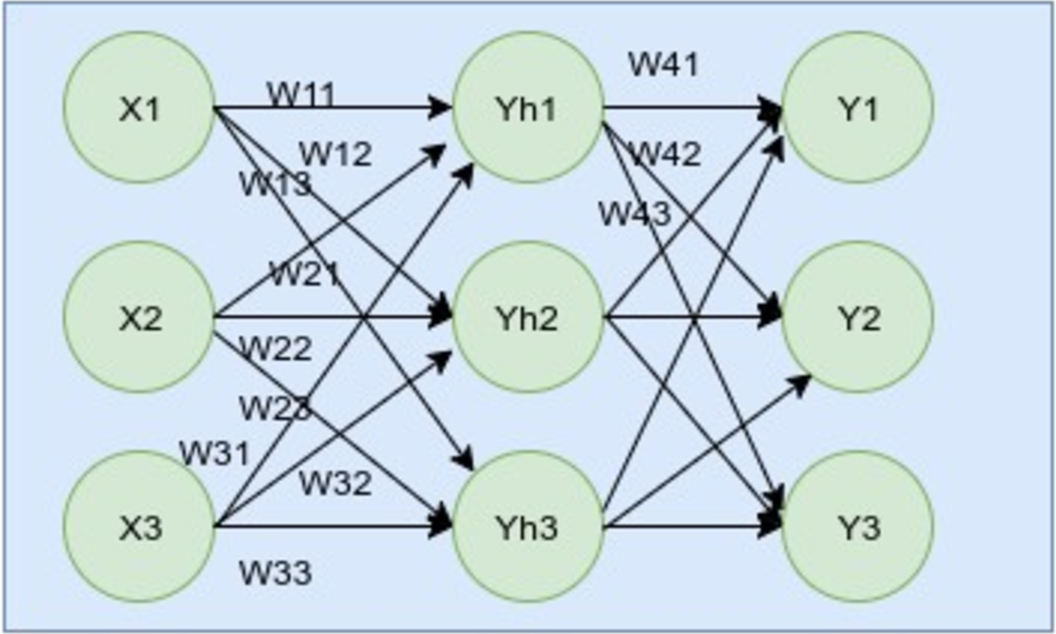 As shown in the above image, the network has three layers: input, hidden, and output. In the input layer, we have the inputs as X1, X2, ... Xn. For the middle and hidden layers, we have its outputs as Yh1, Yh2, …Yhn. For the output layer, we have the outputs as Y1, Y2, Y3. Let’s take the targeted outputs as Ŷ1, Ŷ2, … Ŷn. Similarly, we have different weights among different neurons and have named them like W11 between X1 to Yh1; W12 between X1 to Yh2; W13 between X1 to Yh3; etc. We've done it similarly for the output layer neurons, as well. An important thing to note here is that ANN works on real-valued, discrete-valued, and vector-valued inputs.

To summarize, we have the terms as below. If you’re new to neural networks, I would recommend going through them:

The outputs that the hidden layers release are:

The final output in the output layer is like this:

If you’re reading about neural networks for the first time, you might be wondering what the Sigmoid function is. Here's the formula for it:

Published at DZone with permission of Pranjut Gogoi. See the original article here.