There are several machine learning algorithms that can provide the desired outputs by processing the input data. One of the widely used algorithms is linear regression.

What Is Linear Regression Used For?

For example, We can quantify the impact of advertising on sales in a business, demographics on location tracking, age on height, and many more.

Linear regression is used in machine learning solutions to predict the future values. It is also known as multiple regression, multivariate regression, and ordinarily least squares.

Here we will dive deep into the mathematics of linear regression.

We are taking a simple example of a dataset having some values of houses as per their areas.

As you can see in our machine learning algorithm dataset, we have some value for areas and their respective prices, let’s say our input parameter x is Area and our output parameter y is Price.

When we have fixed output parameter y and input parameter x, this type of learning is called supervised learning.

So for a given machine learning training dataset, our goal is to learn a function h:x y so that h(x) is a prediction value for the corresponding value of y.

Function h is known as hypothesis. 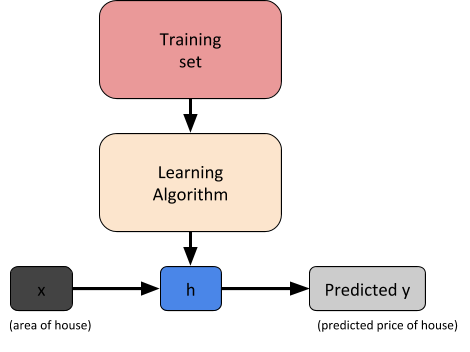 When the target variable that we are trying to predict is continuous such as in our housing price prediction example, we call this learning problem a regression problem.

When y can take only a small number of discrete values we call it a classification problem.

We have three methods to draw the best fit line for linear regression.

Lets make our dataset a little more richer to understand the concept in a broader manner.

According to our hypothesis our equation will be: 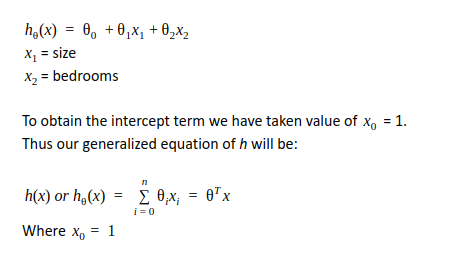 Now before jumping into example and cost function let us make several notations.

Let’s take some random values of x and y to train our model.

Below scatter plot shows relationship between x and y. 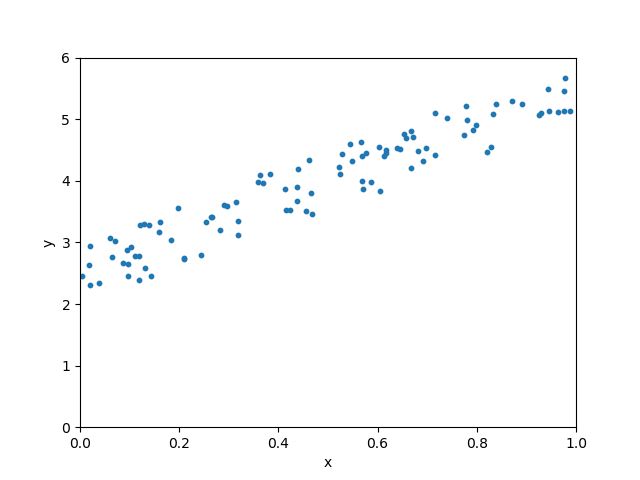 To decide whether our line is best fitted or not we will define a cost function.

The error between predicted values and observed values is called residuals, and our cost function is nothing but the sum of squares of residuals. 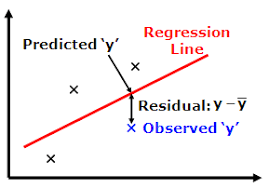 Cost function is denoted by:

The linear regression algorithm in machine learning models passes through 1000s of iterations before arriving on a set of weights used to make the predictions. These iterations train the model to generate the desired output every time we input the predictor variable into the equation.

Linear regression is the most basic type of machine learning algorithm used to predict the relationship between two variables. The factor being predicted is called the dependent variable as it requires the input variable for reaching that value.

One of the widely popular use cases of linear regression is in forecasting the sales of any company. Companies that have steady sales increase or decrease over the past few months can predict the future trend using this machine learning algorithm.

Today, more and more businesses are trying to eliminate uncertainty by utilizing machine learning models that make near accurate predictions. Machine learning as a service is widely used by enterprises of all kinds and industries to forecast demand, supply, estimate market trends, income, expenses, and even the overall growth.

In the next blog, we will try to do hands-on training using our first method Gradient Descent with the help of numpy library, we will also see the result of scikit learn library for the same above dataset.

Published at DZone with permission of Shardul Bhatt . See the original article here.