Suppose we have an API that takes two numeric values, multiplies those values, and returns the result to the user. We need to test the correctness of the multiplication operation that the API performs.

When creating the test, two classes will be used:

These classes contain various methods that correspond to mathematical functions and can be used in testing.

In our test, we will create input values for the API in a random way. In addition, numeric values and the result that the API returns can contain a fractional part with three characters (for example, 4,222 x 1,222 = 5,159).

In order to create a test using the methods from these classes, you need to do the following in JMeter. 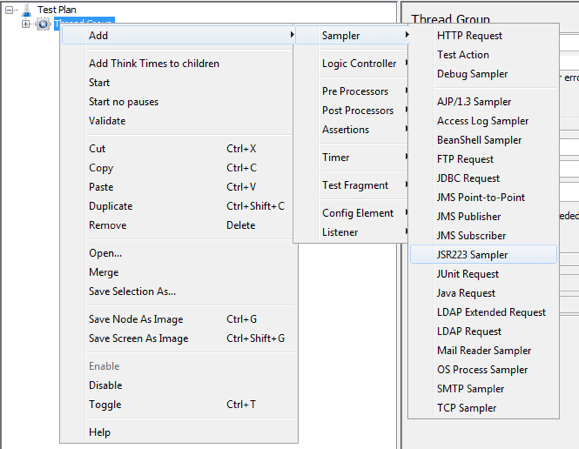 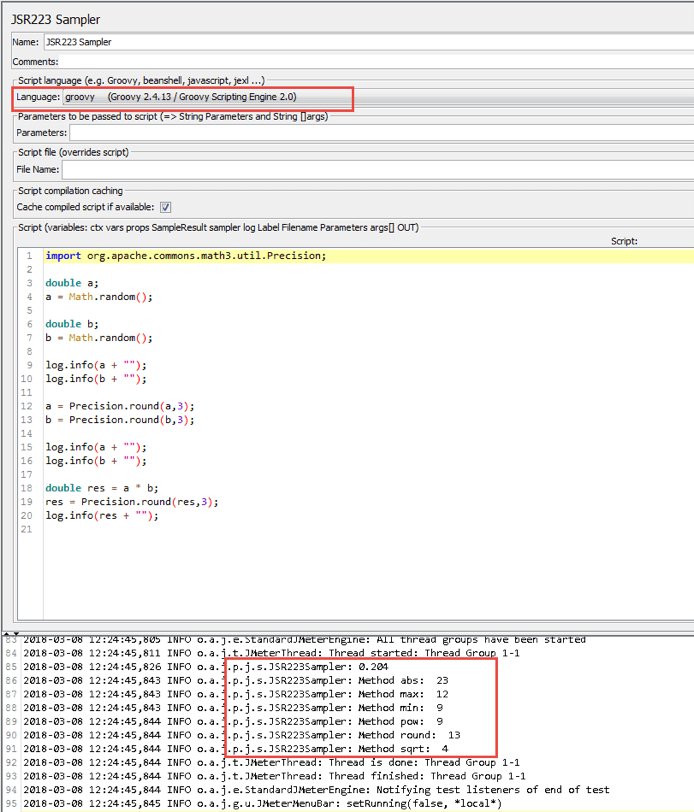 This code does the following:

The code shown above can be written more concisely, as shown below: 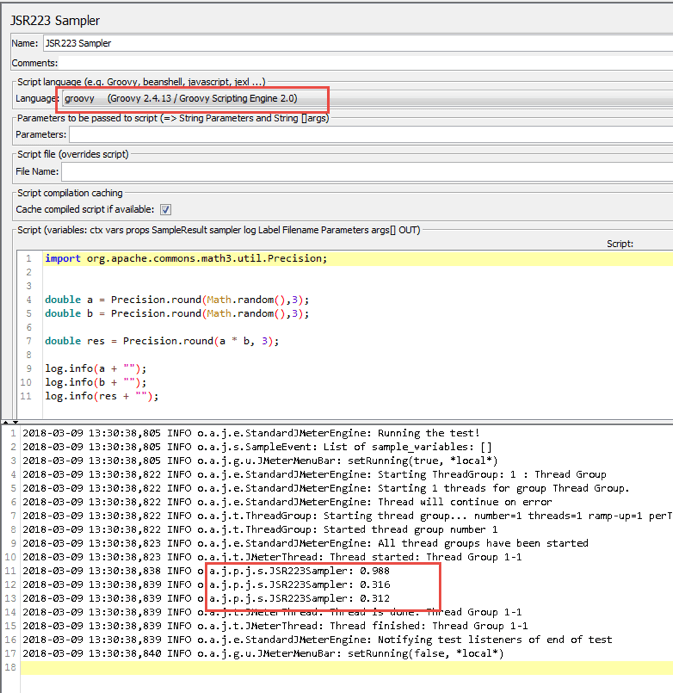 In the code example above, we created the variables "a" and "b", for which the integer part is "0". In order to create variables with an integer part that is not equal to "0", we need to do the following: 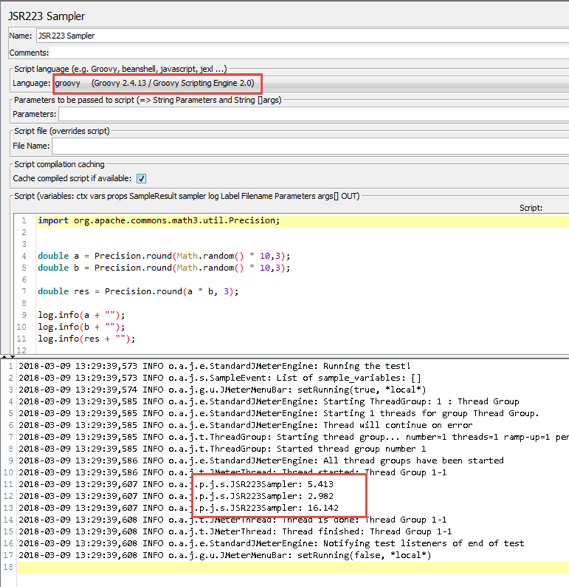 This code sample differs from the previous one only in that after the Math.random () method creates a random value, we multiply it by 10. As a result of multiplication, we get variables for which the integer part is not equal to "0".

Below are the methods that are most commonly used when creating automated tests in JMeter:

An example of when you would need automatic conversion is when performing arithmetic operations on variables of different types.

To perform automatic type conversion, you need to do the following 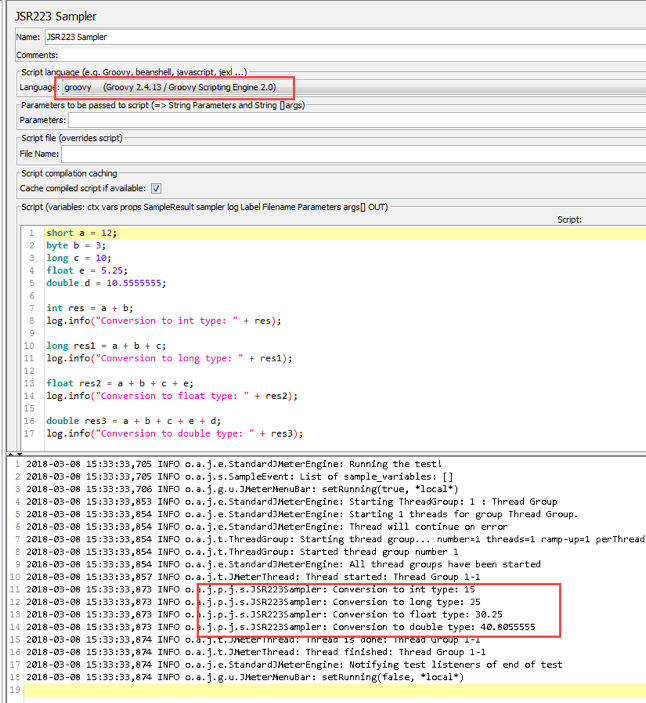 To perform an explicit type conversion, you must do the following: 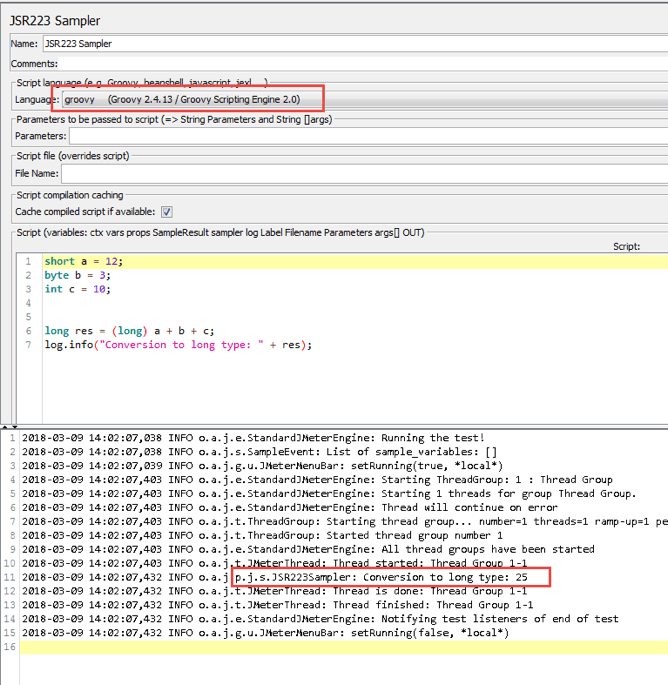 Maintaining and Losing Accuracy When Converting

Automatic and explicit conversion can lead to loss of accuracy, as shown below. 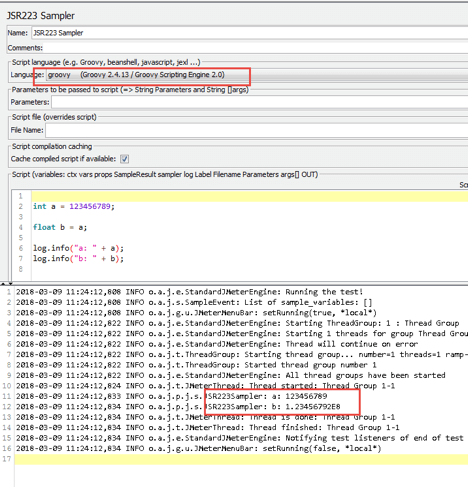 The image above shows that after converting the data type int a = 123456789 to float, we get a different number. This is called loss of accuracy.

Variable b has the same order, but with less accuracy.

Here is a list of conversions with loss and without loss of accuracy:

If we want to convert a data type with a floating point (double) to an integer type (int), then the fractional part will be ignored (the rounding operation will not be performed). An example of such a conversion is shown below. 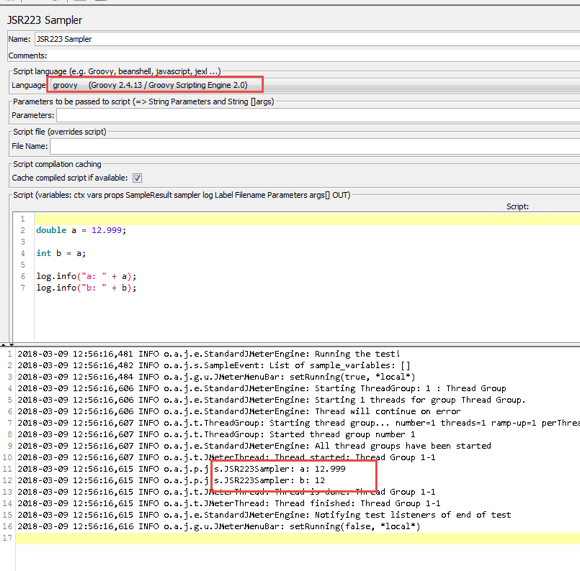 In the image above, we see that as a result of conversion double to int, the fractional part was discarded (the rounding operation is not performed).

Given the material in this article, you can significantly reduce the number of errors allowed in the development of tests that contain mathematical calculations with different types of data.