For many organizations, the move to the cloud means more ways for employees to access sensitive data. The days of the corporate-issued laptop on the network (or VPN) being the only way to access corporate data are well behind us. While this increased flexibility can be a boon for end-user productivity and mobility, it can also mean a greatly increased risk of security events if not enabled in a secure fashion.

As a long staple of cloud access security broker (CASB) deployments, contextual access control allows you to identify the context by which a user is accessing an application and then limit the user's level of access to that application based on the risk of that context. For example, if a user is accessing Office 365 from an unmanaged device, you might want to block the OneDrive sync client. Constantly synchronizing large amounts of potentially sensitive data to an unmanaged device is not only risky, but it's also not necessary for users to have such large quantities of data pre-downloaded to an unmanaged device.

Microsoft's answer to this use case is what they call Azure AD Conditional Access. According to Microsoft, "the objective of a conditional access policy is to enforce additional access controls on an access attempt to a cloud app that is driven by how an access attempt is performed." Available only in Azure AD Premium P1 at $6/user/month (or for $8.74/user/month as part of EMS E3), this functionality is not cheap. Unfortunately, it's also quite limited. 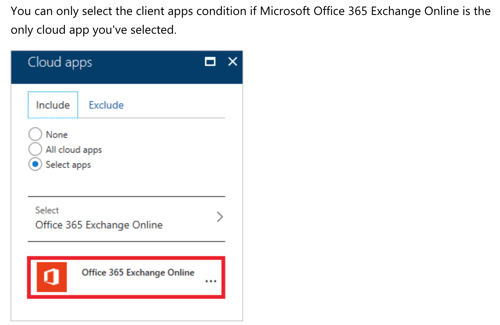 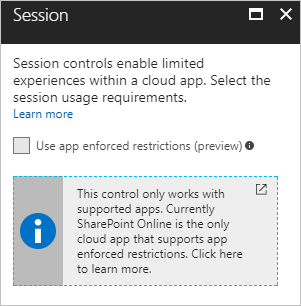 Overall, this feature is high on promise and low on delivery, operating on the design principle of transferring large portions of customers’ money into MSFT's bank account. Hope this helps!