In this blog, we are going to look into the Anypoint platform setup. This is a complete end to end guide for setting up the platform. 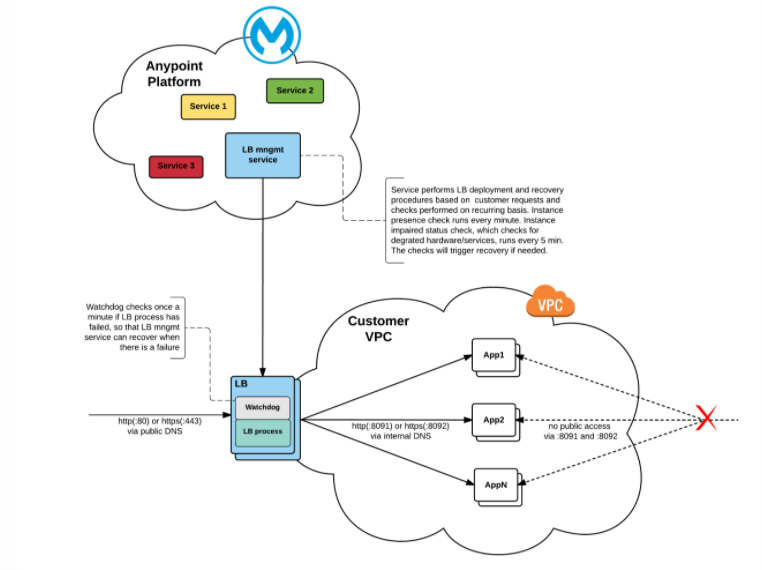 So we are going to look into the below steps: 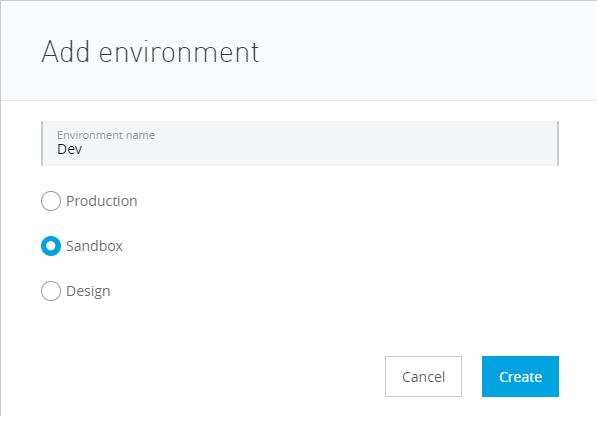 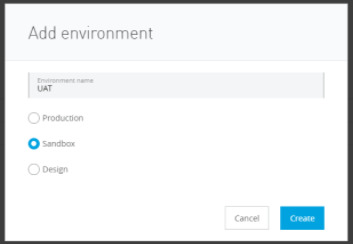 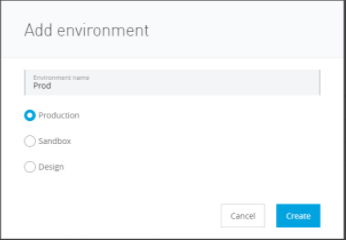 So now we have the below environments:

A Virtual Private Cloud (VPC) allows you to create a private and isolated network in the cloud virtually. This ensures that each customer's data remains isolated from other customer's data, both in transit and inside the cloud provider's network.

As a normal practice, we create 2 VPC's for Production and others for all non-production environments.

Note: VPC does not come with a trial account.

You will need to fill in the below details:

Name: The name to identify your Anypoint VPC. Also, it should be

Region: The region to which the Anypoint VPC is bound, The recommended region to use might vary depending on how you connect to your Anypoint VPC.

How to Decide on the Size of CIDR Block

To calculate the proper sizing for your Anypoint VPC, you first need to understand that the number of dedicated IP addresses is not the same as the number of deployed workers.

For each worker deployed to CloudHub, the following IP assignation takes place:

Note:  Due to this structure, the smallest network subnet block you can assign for your Anypoint VPC is /24 and the largest /16.

So you are planned to have 100 APIs in the VPC, then calculations should be as below.

So we should assign at least 960 private IPs, which is almost 10 times the maximum number of expected apps to deploy in VPC.

Select an environment to which to bind Anypoint VPC.

Select this option to set the Anypoint VPC as the default for the region you set.

By default, all inbound traffic is blocked, and you need to configure firewall rules to allow traffic to your worker.

When you create an Anypoint VPC, four firewall rules are created by default:

These firewall rules allow traffic from within the Anypoint VPC to reach your workers through 8091 and 8092. These are the only ports used by your CloudHub-dedicated load balancer to proxy all external communications to your workers.

Two rules to allow inbound connections from anywhere through ports 8081 and 8082:

These rules allow traffic from any host to reach your workers through ports 8081 and 8082. CloudHub’s shared load balancer uses these ports to proxy external requests to your workers. You can remove these rules if you don’t want your internal workers to be reached by the publicly accessible load balancer.

Once this is completed, VPC will be created as below.

Similarly, we will create a VPC for Production.

Note: As shown in the above image, we can have only 2 VPC's per business group, so normal practice is to create one VPC for the non-prod environment and another for a production environment.

For creating a load balancer, we need to go to Runtime Manager --> Load balancers.

Name: Should be unique across all DLBs defined in Anypoint Platform. (You cannot rename once created, so delete it and create it with a new name).

The domain name for your LB will be as <lb-name>.lb.anypointdns.net

Target VPC: Select target VPC for which this LB should be created

Timeout in Seconds: Specify the amount of time the DLB waits for a Mule application response.

Whitelisted CIDR's: IP addresses which can access this LB, default is 0.0.0.0/0

Inbound HTTP Mode: Specifies the behavior of the load balancer when receiving an HTTP request

Input path: This will be the path used to invoke the application using LB.

Target app: This will be the app for which this mapping we are maintained.

Output path: This will be an actual path for your application.

Protocol:  You can use HTTP or HTTPS.

If you add more than one URL mapping rule, order the list's rules according to the priority in which they should be applied. The one on the top will take precedent to have specific mapping on top and a generic one at the bottom; otherwise generic one will affect all the mappings.

So why we create a VPN connection? We create Anypoint VPN to create a secure connection between your MuleSoft Virtual Private Cloud (VPC) and your on-premises network. You can create multiple site-to-site VPNs if required.

In Anypoint Platform, we can create VPN from Runtime Manager --> VPNs

Name: Name must be unique

VPC: Select the VPC for which you want to create a VPN.

Remote IP Address: The public IP address of your VPN endpoint. This must be a single, static IP address.

Routing type can be decided depending on the device type of router.

Static Routes: Enter a subnet to make it accessible through the VPN; you can add a maximum of 95 entries per VPC.

Initially, the VPN's status is Pending; after the status changes to Available, continue with the next steps. 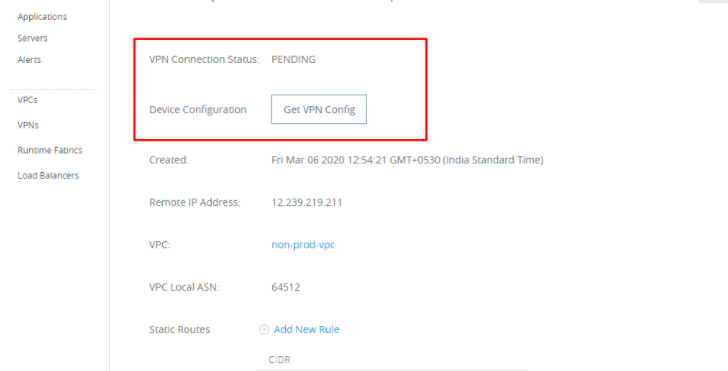 Click on Get VPN config to download the VPN config file; you will need to select the dropdown device type down. If you don't know the device type, then select Generic.

Once done VPN is configured as below.

From the target system, this VPN tunnel will need to be configured, which your network team will do.

We are done with the Anypoint platform setup; now, you can test whether everything is working or not. I normally like to use the Network tool provide here https://help.mulesoft.com/s/article/How-To-Use-Network-Tools-Application. Using this, we can try connectivity to the VPN endpoint.

Also, for other testing, you can use tools such as Postman, SOAPUI, JMeter, and so on.