MuleSoft created an XML SDK that lets developers write custom connectors and it's actually easier than using the Java-based Mule SDK. The new XML SDK is one of the easiest ways to write code for a custom connector with MuleSoft.

Here are the basic components of the new SDK:

To get started, add the below profile to the settings.xml file located in your .m2 repository.

Next, add Anypoint credentials to your settings.xml file located in the .m2 repository.

Use the below command to generate a Maven project using an archetype. This command can be executed in command prompt or any command line interface.

Here is a brief description of all the attributes contained in the above command:

Once the project is generated, you can import it into Anypoint Studio. This will generate the skeleton of your project and it will look like this: 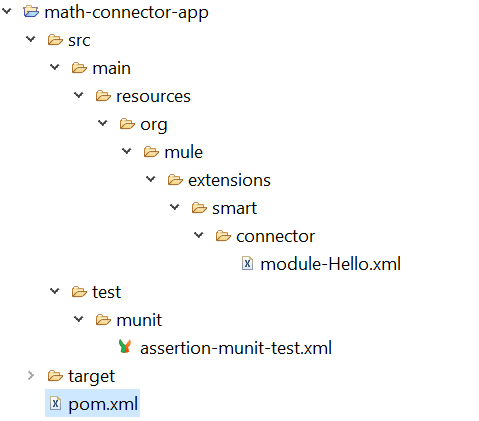 We will write all our code in the module-<app>.xml file contained in the following folder: src/main/resources/org/mule/extensions/smart/connector.

Next, we will write the following four operations and deploy the connector to Anypoint Exchange.

Here is the code with these four operations:

Deploying a Connector to Exchange

Add the below Anypoint Exchange repository to the pom.xml file under the distributionManagement tag. Make sure {orgId} is replaced with your AnypointOrganizationId.

Execute the below command on the root of your project and it will deploy the project to Anypoint Exchange.

Adding a Connector to a Mule Application

We need to add a connector dependency to the application's pom.xml file. We can fetch this from the Anypoint Exchange connector details page.

You need to click on the Dependency Snippets and it will provide a dependency that you need to add in to your application. 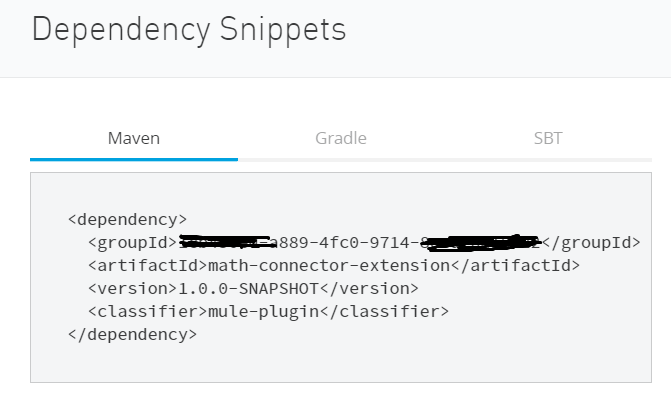 Once you add the dependency, the connector and its operation will be visible in your Mule Palette.

Now you know how to use the MuleSoft XML SDK to create a custom connector.