In addition to already existing triggers like Digital Transformation, Datacenter consolidation, DevOps Automation, and adoption of new technologies, COVID-19 Pandemic has proved to be another major trigger that has forced CIOs and CTOs to re-think about the migration of on-premises workloads to the cloud so that the application and IT teams can access the applications and continue with their daily operations irrespective of their work locations.

One emerging use case of cloud migration is on-premises Oracle database to PostgreSQL Database as a Service(DBaaS) migration. In this article, we will understand why Oracle to PostgreSQL DBaaS migration is important and how it can be achieved in terms of tools and approaches to be used for schema and data migration.

On-premises Oracle to PostgreSQL DBaaS - Why?

PostgreSQL Inherent Advantages Over Oracle Include 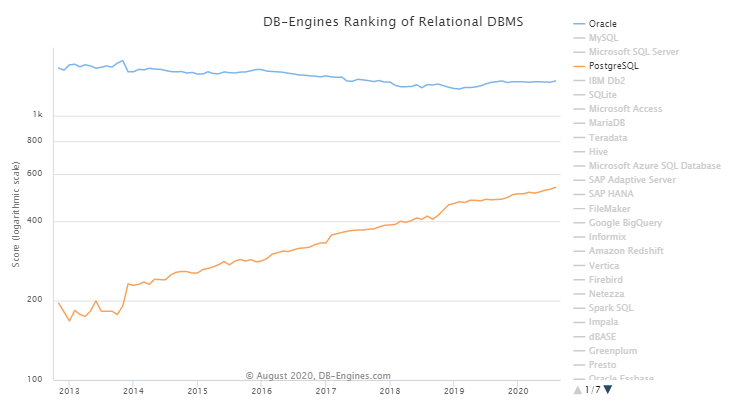 DBaaS Advantages Over an On-premises Database Include

On-Premises Oracle to PostgreSQL DBaaS — How?

On-premises Oracle to PostgreSQL DBaaS Migration consists of two steps - Schema Migration and Data Migration. Some of the tools that can help to achieve schema and data migration are shown in the diagram below.

Ora2Pg is open-source and supports automated schema conversion and migration and a one-time full data load. However, it does not capture incremental data changes, and also the setup of the tool requires some amount of effort and time. It is a good choice when migrating PostgreSQL schema on Azure or GCP clouds.  AWS Schema conversion tool supports migration to PostgreSQL on AWS only and cannot be used with other cloud database services.

The diagram below shows the migration architecture for on-premises Oracle to Azure Database for PostgreSQL using the Ora2Pg tool installed on Azure virtual machine. For Data migration, Azure Data Migration Service is used so that it can also capture the incremental data changes until the cutover is planned. Similar architecture can be applied to other cloud service providers as well. 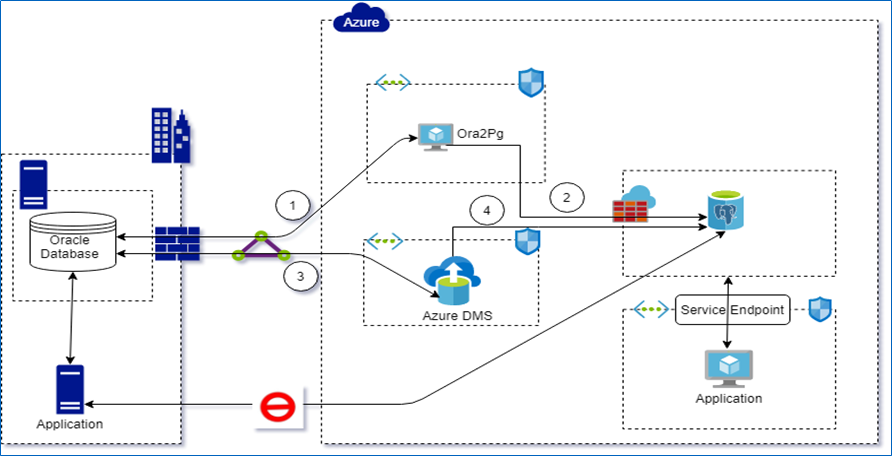 Ora2Pg is best suitable for installation on Linux VM as it is easy to install the Perl modules and run export/import shell scripts on Linux VM compared to Windows VM. A few pre-requisites software required to install Ora2Pg include - Perl, Oracle Clients from the Oracle Downloads site, and DBD::Oracle Perl Modules, the detailed instructions of which are available on the Ora2Pg website.

After installation, setup the Ora2Pg project by generating the migration template from the command line.

This command will generate the folder structure required for migration along with shell scripts for exporting schema and data from the Oracle database and importing into the PostgreSQL database. 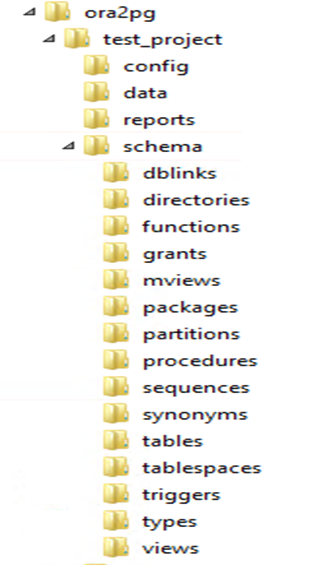 Then edit the config/ora2pg.conf file to provide the Oracle database connection details.

Ensure that the firewall is enabled on the Oracle Server to allow traffic on port 1521 from the Ora2Pg tool to connect to the database. Test the connection to the Oracle database and generate the Migration assessment report which will provide the inventory details of the Oracle schema to be migrated along with the complexity and effort estimation.

Run the export.sh shell script provided by Ora2Pg to export the schema and data. sh export_schema.sh

This will generate the PostgreSQL compliant Schema and data scripts. Some data type corrections might be needed. e.g. bigint to numeric for primary keys.

Create Azure Database for PostgreSQL on Azure Portal and run the import.sh shell script provided by Ora2Pg to import the schema into PostgreSQL databases.

The same export and import scripts can be used for one-time data load as well, however, to get the advantage of Continuous Data Capture(CDC) until the cutover is executed, we will use Azure Data Migration Service. 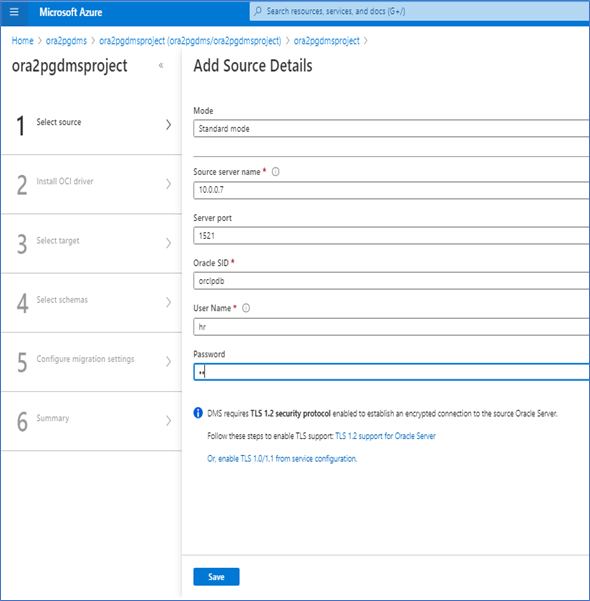 Download the OCI driver from the Oracle downloads site and install it on Azure DMS by uploading it. Provide the target PostgreSQL connection details. Test the Source and Target connections.

Finally, based on the downtime planned with the Business users, the cutover can be executed.

Security Consideration for Deployment of PostgreSQL on Public Cloud

In the case of sensitive data, public access via the Internet to the Azure Database for PostgreSQL should be avoided. Ideally,  the application accessing the database should be moved to a private Azure virtual network, and access to the PostgreSQL should be enabled via service endpoints. If that is not possible than individual IP addresses should be whitelisted to allow selected on-premises application servers and users to access the publicly hosted database. Also, SSL should be enabled to avoid a man-in-the-middle attack. Azure Key Vault should be used for storing the database credentials. Azure Log Analytics should be used to enable auditing and monitoring of the access and connections being made to the publicly hosted database.

Moving out of the on-premises Oracle database to a publicly hosted DBaaS can provide benefits in terms of licensing cost, operational cost, and administration effort. However, precaution should be taken around the security of data by building the right access policies, granting the least access privileges to users and backend servers, and enabling the monitoring and auditing of data access.