In this article, we are going to run the sample dynamic DAG using docker. Before that, let's get a quick idea about the airflow and some of its terms.

Airflow is a workflow engine which is responsible for managing and scheduling running jobs and data pipelines. It ensures that the jobs are ordered correctly based on dependencies and also manages the allocation of resources and failures.

Before going forward, let's get familiar with the terms:

Now that we are familiar with the terms, let's get started.

Any time, you run into permission issue execute:

Let's create the scripts folder and create a script called airflow-entrypoint.sh for running initdb and webserver.

At last, create a folder called dags and a file hello-airflow.py

We have created two tasks(operators) here, task 2 will execute when task 1 completes, defined by task2.set_upstream(task1).

Task 1 pushes the data to task 2 for that we just need to set provide_context=True. The data will be pulled in task 2 using the task instance and the task id. 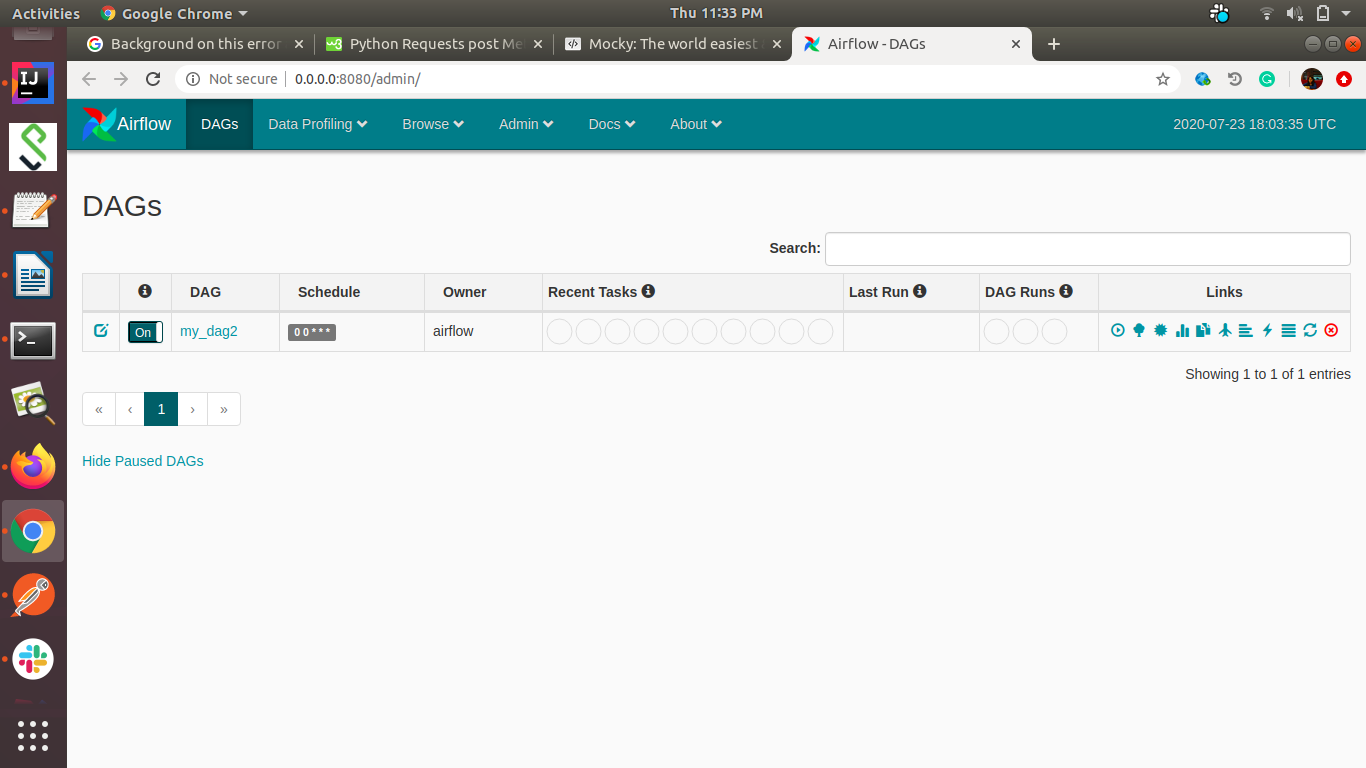 Published at DZone with permission of Jyoti Sachdeva . See the original article here.