What Is Hybrid Encryption?

Hybrid encryption as the name suggests combines the best of both the worlds of symmetric and asymmetric encryption and allows us to encrypt the data efficiently while ensuring secrecy is not compromised .

At the client end, we encrypt the data with symmetric encryption using secret key. The secret key is then encrypted with the asymmetric public key. Then, both the encrypted key and encrypted data are sent to the receiver.

Now we are going to take a journey from RSA public/private key generation via OpenSSL to key importing in Java, then data encryption, data exporting till data decryption in step by step manner. The steps are shown below...

The certificate contains the details of the organization (who is generating the key) along with the public key.

The private key holds the details of both private and public key. Therefore the private key is kept secured within the key generating organisation, whereas the certificate is shared with the clients who wants to send encrypted data to the organisation.

1.1 How to Extract Modulus, Public Exponent and Private Exponent From the Private Key 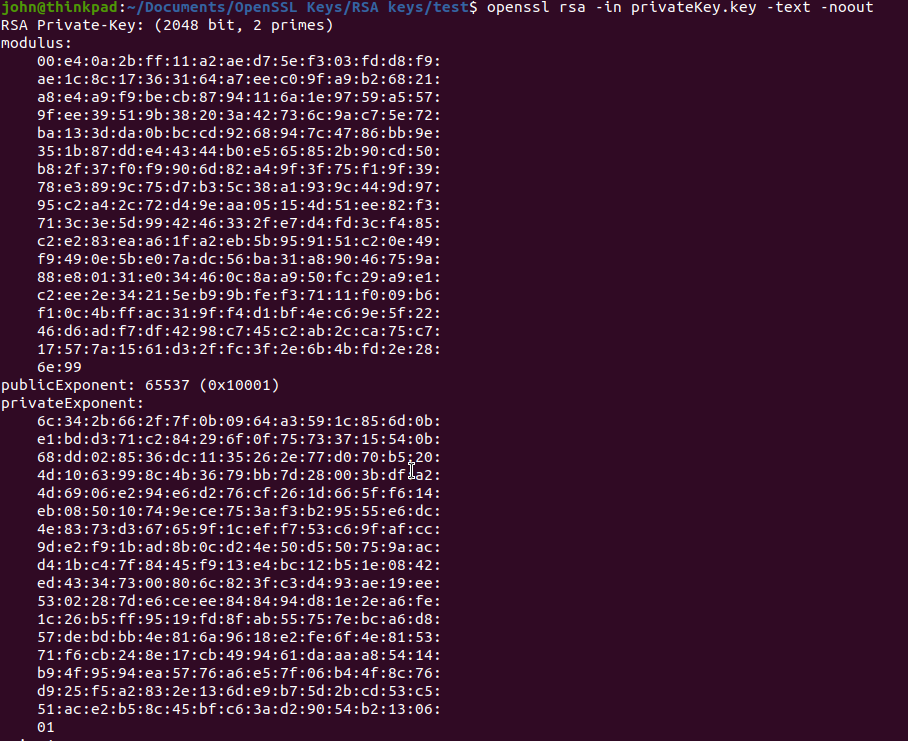 1.2 How to Extract Modulus and Public Exponent from The Certificate 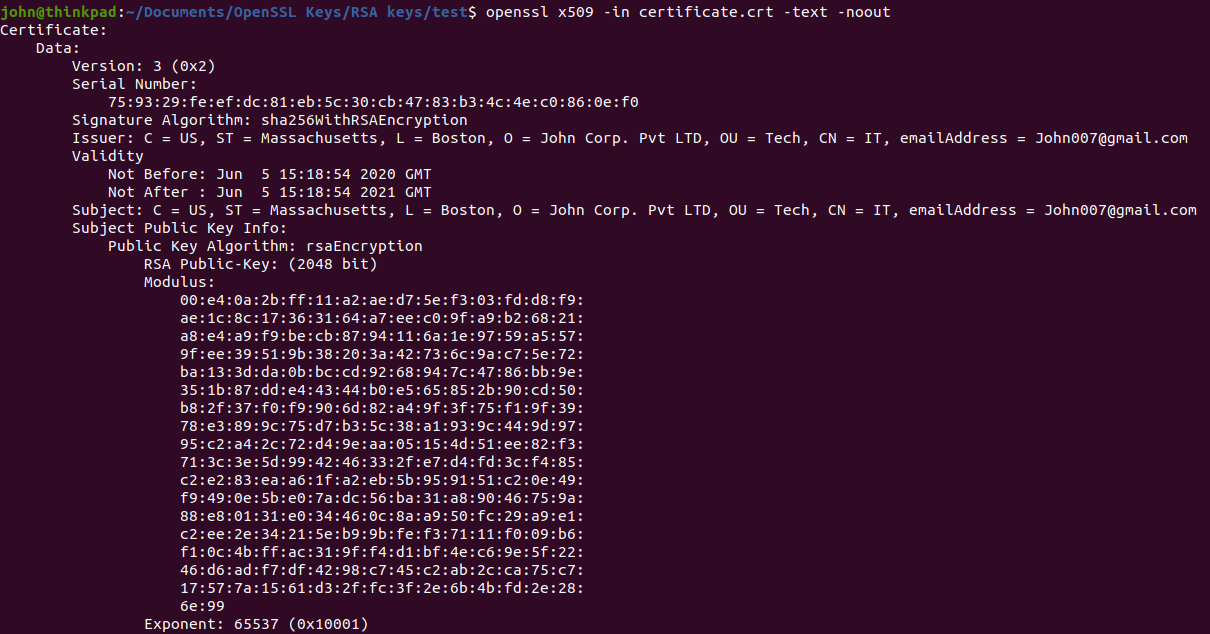 1.3 How to Validate the Certificate with The Private Key?

The modulus and the public exponent of the certificate will be the same as that of the private key.

3. Example of the Implementation of Hybrid Encryption Technology for Data Encryption

Now both encrypted secret key and encrypted data are encoded with base64 encoder in order to preserve the encrypted data from any kind of data corruption/misinterpretation during or after data transfer process.

Finally the encoded and encrypted secret key and the data is written to a file sequentially, each in separate line. Now the new file is secured and safe to transfer via any standard file transfer protocol to the certificate owning organisation.

4. Example of Implementation of Hybrid Encryption Technology for Data Decryption

Similar to the data encryption process, now during decryption we have to follow the reverse process of that of encryption flow.