SQLite is an open-source relational database, similar to MySQL. Android includes a SQLite library in its standard library that implements a serverless, zero-configuration, and transactional SQL database engine. SQLite does not run on a database server, but stores all its data in simple files. A complete SQLite database with many tables, triggers, indices, and views is contained in a single disk file. SQLite is built into all mobile phones and most computers and comes bundled inside. It carries lightweight data and does not require any administration or setup procedure of the database.

The package android.database.sqlite.SQLiteDatabase consists of all the APIs to perform CRUD operations from our android application.

SQLiteOpenHelper is an in-built class of android.database.sqlite.SQLiteDatabase package. It is a helper class to manage SQLite database creation and version management. The helper class manages the creation of the database, handling database manipulations, and also the version management.  We need to create a subclass extending from SQLiteOpenHelper class for database manipulations. In this class, we will implement two overridden methods onCreate( ) and onUpgrade( ). These classes take care of opening the database if it exists, creating it if it does not, and upgrading it as necessary.

The onCreate( ) is called when the database is created for the first time. It is called only once throughout the entire application lifecycle. It will be called whenever there is a first call to getReadableDatabase( ) or getWritableDatabase( ) function. These functions are available in the super SQLiteOpenHelper class.

The below statement instantiates an object of the SQLiteOpenHelper class and calls its constructor.

We have a very simple UI designed as below in the activity_main.xml 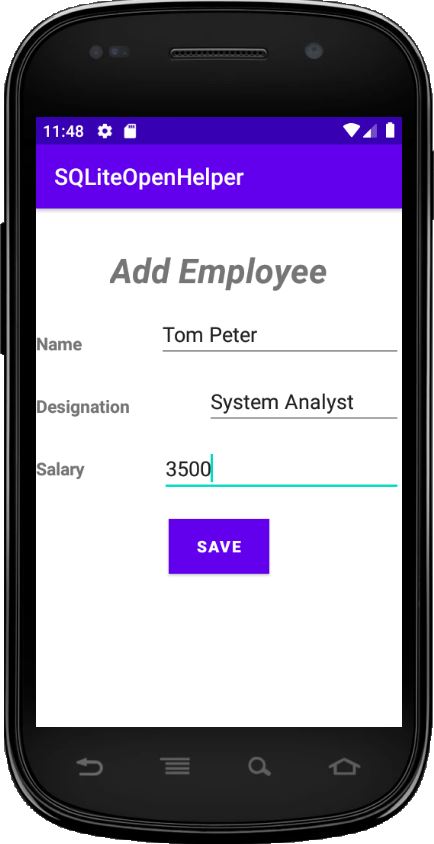 To open a database in the Database Inspector, do the following: 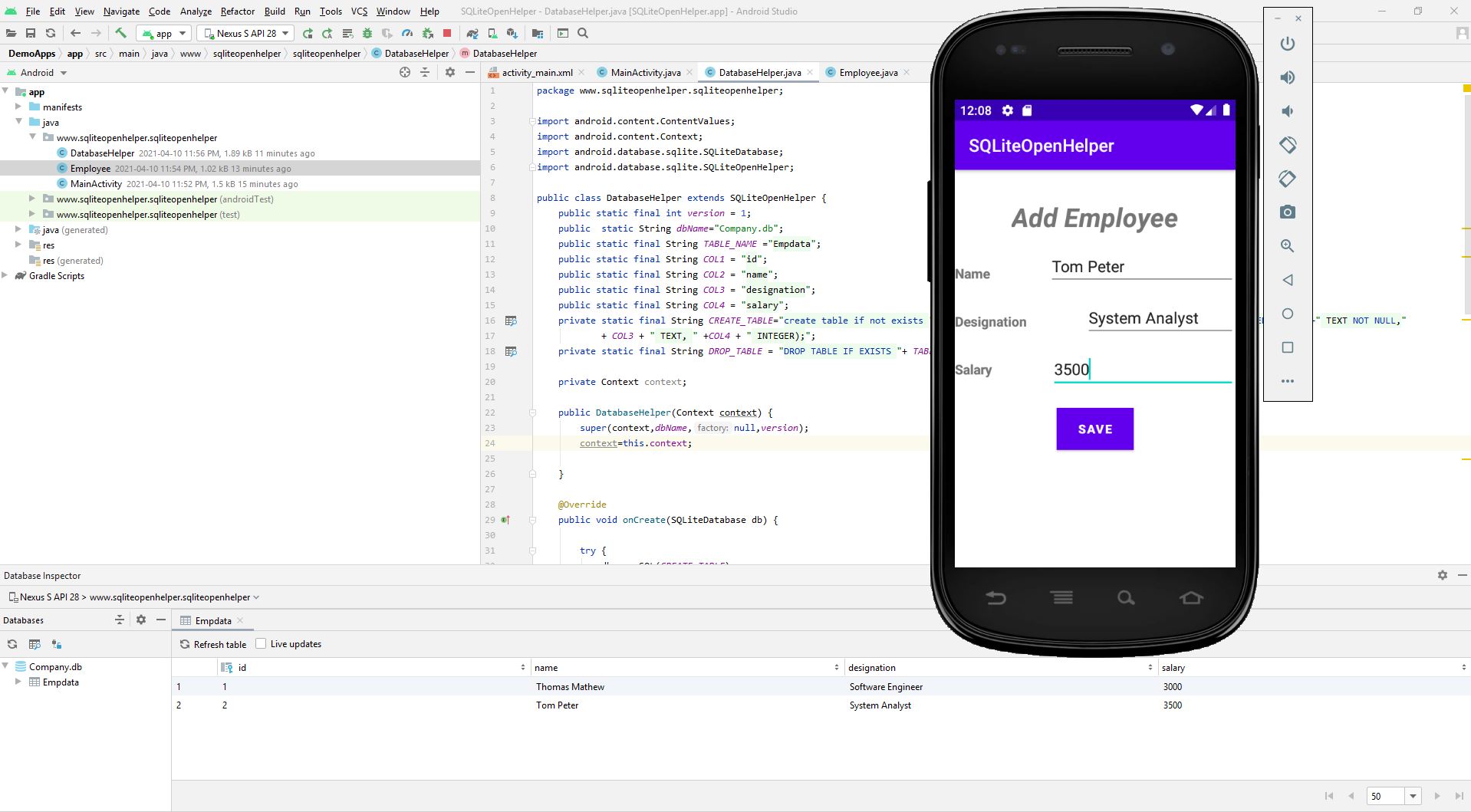 Note: A known issue related to the Android 11 emulator causes apps to crash when connecting to the DB Inspector. To fix the issue, follow these steps.