In our day-to-day, and mainly, in the positions of full remote work, the dedicated time to achieve our tasks and objectives is covered with squalls of meetings (clients, troubleshooting, at a company or team level, dependencies with other people, etc.), and we forget some important factors such as:

In this article, we will focus on the communication side, in which, besides strengthening, we will get feedback that will allow us to improve personally and as a team to also offer a better service and a better quality.

These meetings are essential to show appreciation for each team member. These sessions allow you, as a leader, to change from a formal setting to a less traditional one, generating greater mutual trust and being able to delve into more personal topics honestly and calmly. For this model to work effectively there are a few things to keep in mind:

Retrospectives are a kind of "ceremony" or meeting that comes from Agile methodology philosophies and whose objective is to reflect, comment, and elaborate ideas about what has been learnt to evolve and improve the team for the future.

For this type of ceremony, a physical or virtual whiteboard and tickets/post-its are used. There are some online tools such as:

It is very important to choose a collaborative whiteboard allowing several users to interact on it at the same time.

There are other tools where you don't need to set up the retrospective in a whiteboard such as reetro.io, teamretro.com or scatterpoke.com.

First of all, organize it in such a way that each person involved can intervene and speak. How? By defining a ticket/post-it in each colour with the name of the person and several empty post-its next to their name that they will use during the retrospective to write down their opinions and ideas as in the following example: 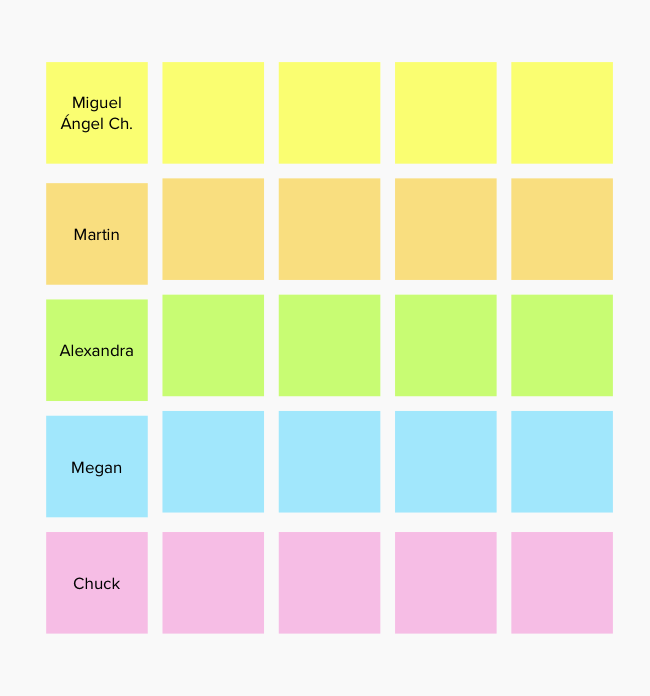 Went well:  What went well and what did I like about this sprint or this phase?

To improve:  What could be improved? What do I see that is not being done properly or is causing me concern? Why have we not met the objectives of the sprint or those defined at this stage? Some examples:

Always communicate in a calm and positive tone or manner and avoid creating bad feelings when commenting on points to improve.

Action items:  Once the points for improvement shared by the team are known, it is time to draw up a list of actions to be taken to resolve them in the short or long term. The team leader will be in charge of working with the team on all these actions and, above all, moving them forward so that they do not fall into oblivion. Some examples:

If a lot of ideas come up in this block, take a vote to decide on the most immediate priorities.

How To Organize It

5-10 minutes:  First, the organizer will lead people from the first block, "What went well?" He/she will mark a time limit and each person should write his/her opinion and move his/her card or post-it to the box. "Opinion or idea, about what?" is what went well in the sprint or on the timeline from the last sprint until now.

From the Mural tool, there is a timer at the top that will warn us when the defined time is up: 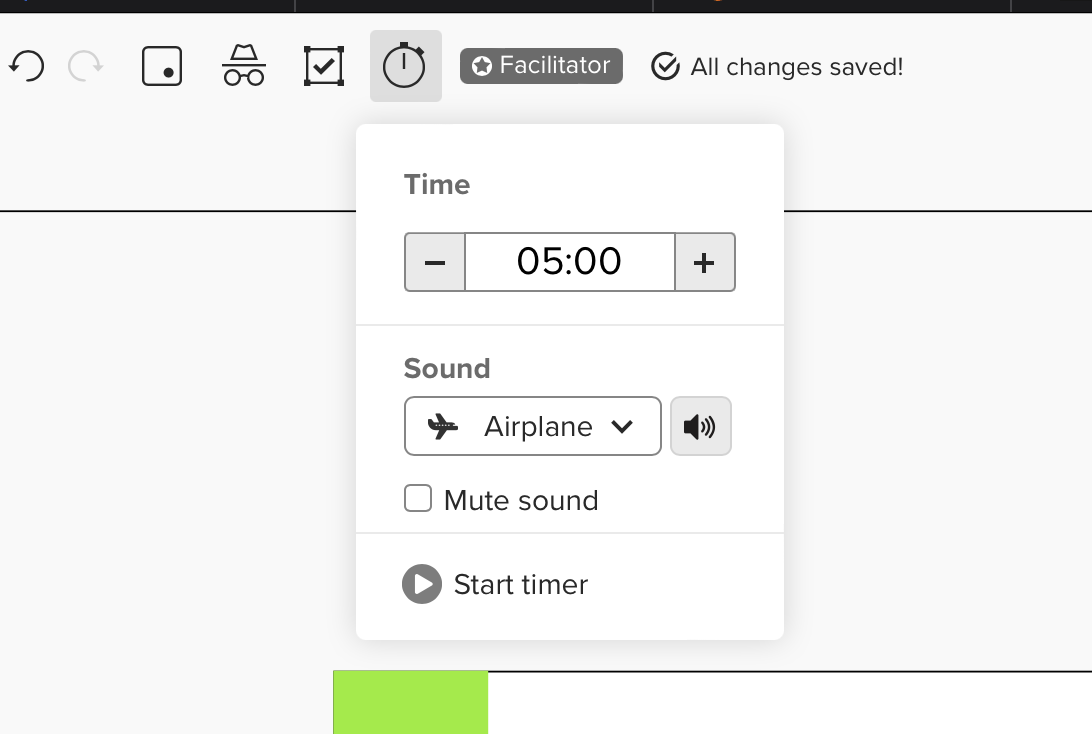 On the other hand, and as an extra feature, this tool has a private mode that prevents ideas and opinions from being copied between the different people in the meeting. How does it work? Select the empty cards or post-its where they are going to write and select the "Private Mode" option. 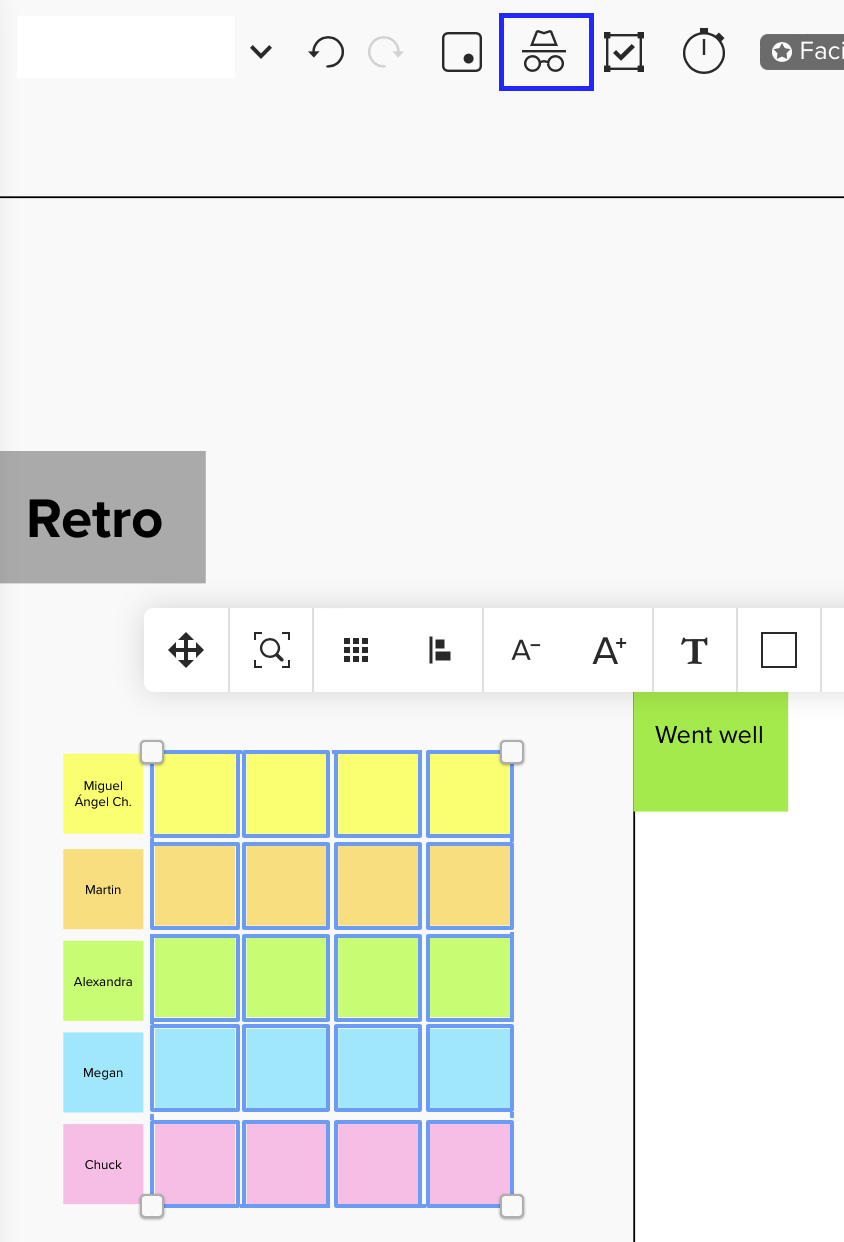 Is there a limit to the number of cards in a block? No, on the contrary, the more ideas and opinions that are contributed, the more improvement actions will be obtained and the more team feedback we will get.

Once the time is up, our block should have the cards with each person's information. 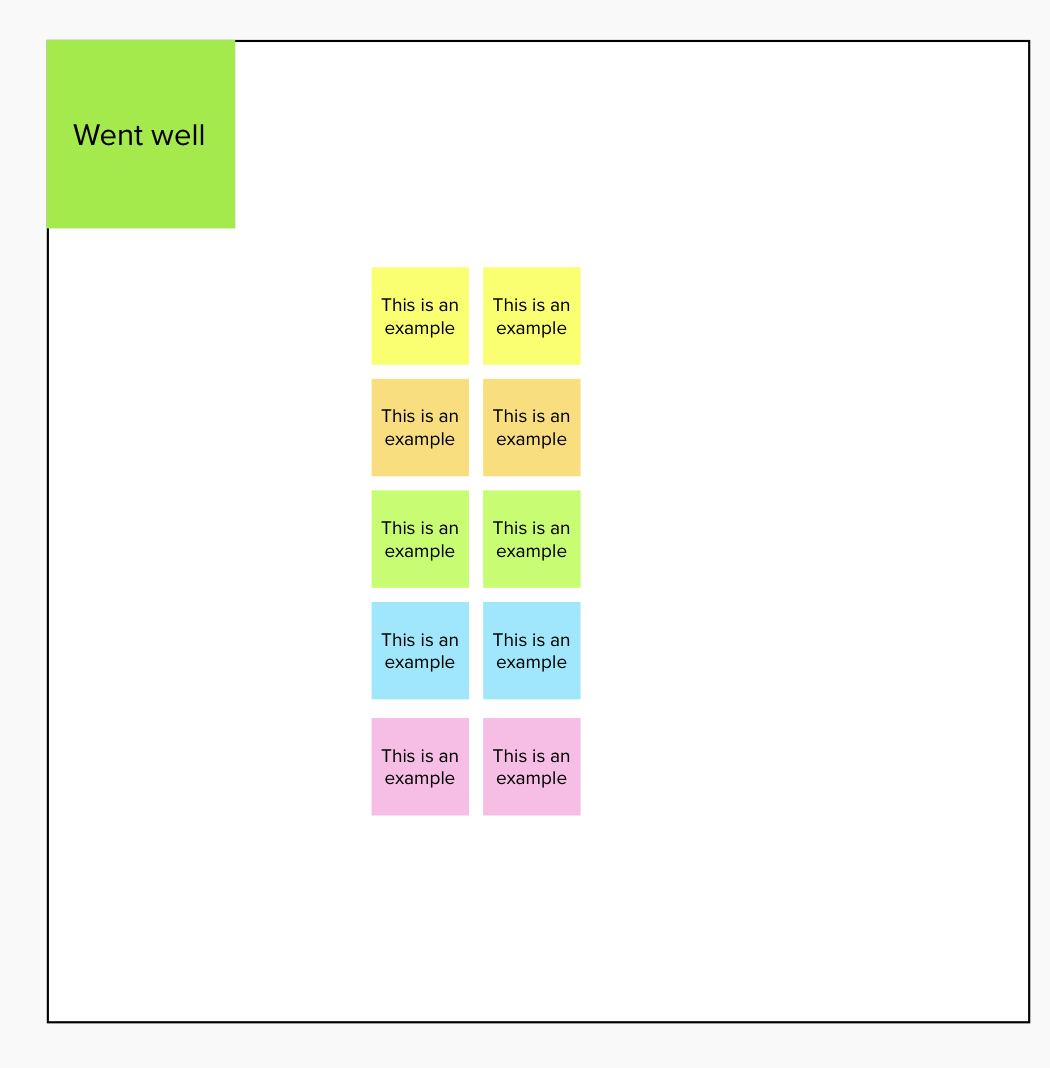 After finishing, it is time for each person, in the order set out on the cards vertically, to comment in a little more detail on the ideas and opinions on the board, using 5 minutes per person. Repeat the same process with the remaining two blocks.

The daily is a 15-minute meeting with the members of your team in which all of you synchronise the activities that are occurring (not necessarily when working with sprints) and plan the activities for the next 24 hours.

The goal is to know the process of each person's tasks and to be able to raise a hand if there is a blockage, dependency or problem with a specific task. In addition, it will allow us to know what others are working on and to be able to coordinate with someone in the case of dependent tasks, or to be able to help other colleagues.

If my team uses a project management tool (Jira, Trello, Asana, Monday, etc.) where we have a dashboard with all the team's tasks sorted by status, the team leader will ensure on the daily meeting that each task is up to date with a full description, status (In Progress, Done, Blocked), and log time.

Note: The description of the status of a task should be brief so that the whole team has time to talk. Avoid talking in-depth about technical issues and problems and deal with that particular issue in a separate meeting. In this way, we will better manage the time of the rest of the team that is not involved in the problem or issue.

Some of the notes and points described have been taken from the "Teletrabajo - Autogestión y liderazgo de equipos" book by @Francisco Rábano. Highly recommended to evolve your team in times of teleworking.