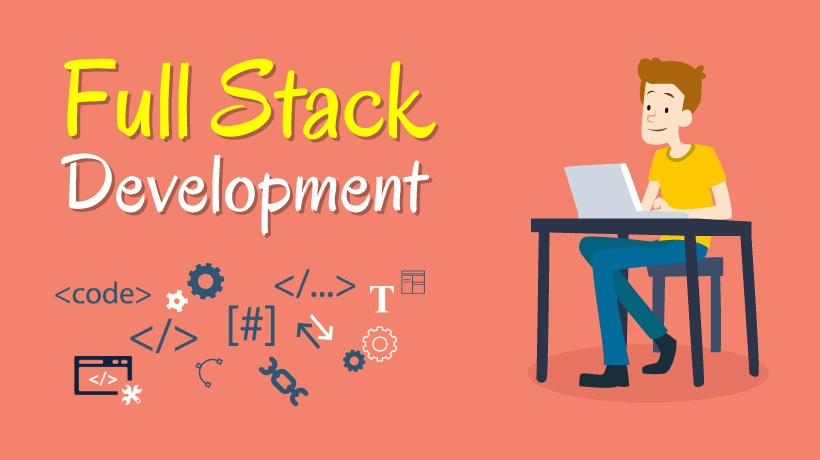 These days, the tech industry has become obsessed with full-stack developers, with rumors of many companies only hiring only full-stack developers to fuel their projects. However, at the rate the technological world is expanding, it has become impossible to become a master of all trades. This has resulted in full stacks becoming multiple full stacks. Web development has its stack, while mobile development comes with its own.

This wasn’t always the case! When developing started becoming a passion for many developers, around the 1970s, programming and development weren’t this multi-layered, and developers could write complete programs using assembly language, which usually resulted in getting the system to give more juice out the processor.

However, as programs quickly evolved, clients and servers and more facets of programming were introduced things got a bit more complicated. Building programs and applications were no longer a one-language job, and required multiple languages and frameworks to help make development faster and better.

This required more people to become specialists and start handling different aspects of development. Front-end, back-end, database, networking, virtual machines: everything has someone who has mastered that technology.

This resulted in development becoming more complex and expensive. More people working on one project results in more time spent on work allocation, communication, and discussions, proving costly for companies.

If there is one thing that people think about a lot when choosing a career path, it is how they will translate their skills into something that ultimately makes them a significant amount of money.

Full stack developers are great at what they do in terms of making sure that there are many things they can accomplish for their clients. On top of that, being a full-stack developer is great from a personal standpoint as well because it gives you a lot more career flexibility than you might otherwise have had.

Those who do this work well can ultimately chart their course and figure out what they want to do with their life. They have everything before them and need to take the necessary steps to reach a successful outcome.

Now, we see another shift happening as developers move from Java stacks to simpler LAMP stacks and new languages hitting the scene such as Ruby and Django, along with front-end frameworks that simplify the coding process and rendering code. Today, it is becoming easier to become a full-stack developer once again.

While they may not be experts across all stacks, they can become proficient enough to produce powerful and professional websites. Full-stack developers are back in fashion. Many companies are now asking for developers that can work across multiple streams, from back-end to front-end and even database and testing.

What Exactly Are Full-Stack Developers?

The Question Stands, Should You Become One?

However, becoming a full-stack developer comes with its own set of benefits:

Employability: The rate of employment for full-stack developers is currently high. With the technology boom, companies are looking for developers that can fulfill more than one role, instead of hiring multiple developers and increasing their costs.

Seamless: "Too many cooks spoil the soup" is a saying that can best be used to describe this situation. With too many developers on a project, a difference in opinions is bound to arise. The project will be in bits and pieces with each individual only working on a part. However, with a full-stack developer, you have one person and one product.

Adaptability: As a full-stack developer, one is more prone to working with multiple apps and moving from one aspect of development to another. From front-end to back-end, these developers are more open to working with new technologies that may or may not be in their domain.

Effective conversations: With more people, there are more conversations and anyone who has played Chinese whispers understands that conversations are prone to manipulation. With few developers, it is easier to stay on the same page.

Eduonix has a great full-stack web developer course for anyone interested in learning about full-stacks. It even breaks down each technology and segment along with detailed examples to help make it easier for developers to learn.