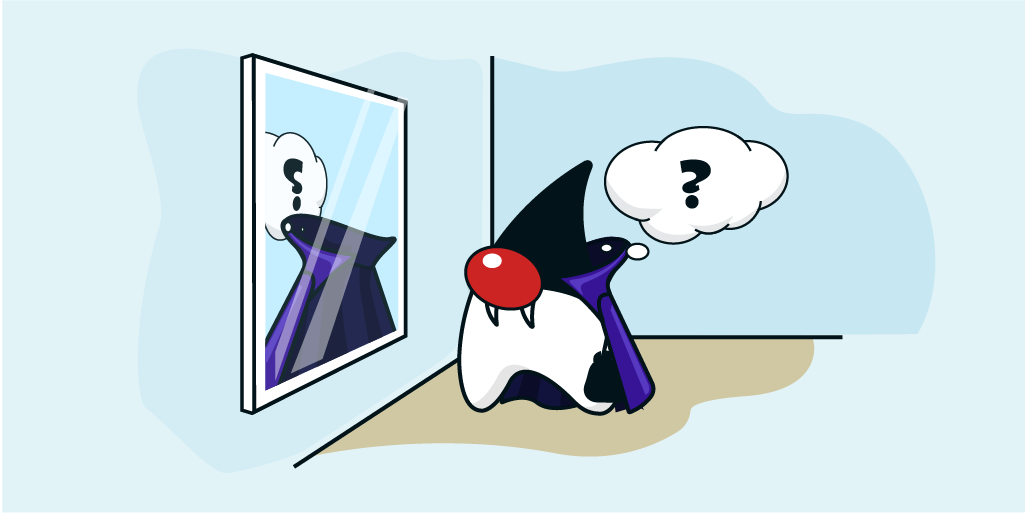 Sometimes, as a developer, you may bump into a situation when it’s not possible to instantiate an object using the new operator because its class name is stored somewhere in configuration XML or you need to invoke a method that's name is specified as an annotation property. In such cases, you always have an answer: use reflection!

In the new version of the CUBA framework, we decided to improve many aspects of the architecture and one of the most significant changes was deprecating “classic“ event listeners in the controllers UI. In the previous version of the framework, a lot of boilerplate code registering listeners in screen’s init()  method made your code almost unreadable, so the new concept should have cleaned this up.

You can always implement method listener by storing java.lang.reflect.Method instances for annotated methods and invoke them like it is implemented in many frameworks, but we decided to have a look at other options. Reflection calls have their cost, and if you develop a production-class framework, even tiny improvements may pay back in a short time.

In this article, we’ll look at reflection API, pros and cons for its usage, and review other options to replace reflection API calls — AOT compilation and code generation and LambdaMetafactory.

"Reflection is the ability of a computer program to examine, introspect, and modify its own structure and behavior at runtime."

For most Java developers, reflection is not a new thing and it is used in many cases. I’d dare to say that Java won’t become what it is now without reflection. Just think about annotation processing, data serialization, method binding via annotations, or configuration files. For the most popular IoC frameworks, the reflection API is a cornerstone because of extensive usage of class proxying, method reference usage, etc. Also, you can add aspect-oriented programming to this list. Some AOP frameworks rely on reflection for method execution interception.

Are there any problems with reflection? We can think of about three of them:

Type safety — if you use method reference in your code, it is just a method reference. If you write a code that invokes a method via its reference and passes wrong parameters, the invocation will fail at runtime, not at compile time or load time.

Traceability — if a reflective method call fails, it might be tricky to find a line of code that caused this because stack trace is usually huge. You need to dig really deep into all these invoke() and proxy() calls.

But if you look into event listener implementations in Spring or JPA callbacks in Hibernate, you will see familiar java.lang.reflect.Method references inside. And I doubt that it will be changed in the near future; mature frameworks are big and complex and used in many mission-critical systems, and because of this, developers should introduce big changes carefully.

Let’s have a look at other options.

The first candidate for reflection replacement is code generation. Nowadays, we can see a rise of new frameworks like Micronaut and Quarkus that are targeted to two aims: fast start time and low memory footprint. Those two metrics are vital in the age of microservices and serverless applications. And recent frameworks are trying to get rid of reflection completely by using ahead-of-time compilation and code generation. By using annotation processing, type visitors, and other techniques, they add direct method calls, object instantiations, etc. into your code, therefore making applications faster. Those do not create and inject beans during startup using Class.newInstance() , do not use reflective method calls in listeners, etc. It looks very promising, but are there any trade-offs here? And the answer is: yes.

First off, you can run code that is not exactly yours. Code generation changes your original code; therefore, if something goes wrong, you cannot tell whether it is your mistake or a glitch in the code processing algorithms. And don’t forget that now you should debug generated code but not your code.

Code generation has been known for a long time; it hasn’t appeared with Micronaut or Quarkus. For example, in CUBA, we use class enhancement during compile-time using custom Grails plugin and Javassist library. We add an extra code to generate entity update events and include bean validation messages to the class code as String fields for the nice UI representation.

But implementing code generation for event listeners looked a bit extreme because it would require a complete change of the internal architecture. Is there such a thing as reflection but faster?

In Java 7, we were introduced to a new JVM instruction — invokedynamic . Initially targeted at dynamic language implementations based on the JVM, it has become a good replacement for API calls. This API may give us a performance improvement over traditional reflection. And there are special classes to construct invokedynamic calls in your Java code:

The MethodHandle API is a good replacement for a standard reflection because JVM will perform all pre-invocation checks only once during MethodHandle creation. Long story short — a method handle is a typed, directly executable reference to an underlying method, constructor, field, or similar low-level operation, with optional transformations of arguments or return values.

But LambdaMetafactory is another story — it allows us to generate an instance of a functional interface in the runtime that contains a reference to a method resolved by MethodHandle. Using this lambda object, we can invoke the referenced method directly. Here is an example:

Please note that with this approach, we can just use java.util.function.BiConsumer instead of  java.lang.reflect.Method. Therefore, it won’t require too much refactoring. Let's consider an event listener handler code; it is a simplified adaptation from Spring Framework:

And that is how it can be changed with the Lambda-based method reference:

The code has subtle changes, but the functionality is the same. Additionally, it has some advantages over traditional reflection:

Speed — this is a thing that should be measured.

For the new version of the CUBA framework, we created a JMH-based microbenchmark to compare execution time and throughput for “traditional” reflection method call, lambda-based one, and we added direct method calls just for comparison. Both method references and lambdas were created and cached before test execution.

You can download the benchmark from GitHub and run the test by yourself.

As you can see, the lambda-based method handlers are about 30 percent faster on average. It is a good discussion here regarding lambda-based method invocation performance. The outcome was that classes generated by LambdaMetafactory can be inlined, gaining some performance improvement. And it is faster than reflection because reflective calls had to pass security checks on every invocation.

This benchmark is pretty anemic and does not take into account class hierarchy, final methods, etc. It measures “just” method calls. however, it was sufficient for our purposes.

In CUBA, you can use the @Subscribe annotation to make a method to “listen” to various CUBA-specific application events. Internally, we use this new MethodHandles/LambdaMetafactory-based API for faster listener invocations. All the method handles are cached after the first invocation.

The new architecture has made the code cleaner and more manageable, especially in case of complex UI with a lot of event handlers. Just have a look at the simple example. Assume that you need to recalculate the order amount based on products added to this order. You have a method calculateAmount() and you need to invoke it as soon as a collection of products in the order has changed. Here is the old version of the UI controller:

And here is how it looks in the new version:

The code is cleaner and we were able to get rid of the “magic” init() method that is usually stuffed with event handler creation statements. And we don’t even need to inject the data component into the controller — the framework will find it by component ID.

Despite the recent introduction of the new generation of the frameworks (Micronaut, Quarkus) that has some advantages over “traditional” frameworks, there is a huge amount of reflection-based code, thanks to Spring. We’ll see how the market will change in the near future, but nowadays, Spring is the obvious leader among Java application frameworks. Therefore, we’ll be dealing with the reflection API for quite a long time.

And if you think about using reflection API in your code, whether you’re implementing your own framework or just an application, consider two other options: code generation and, especially, LambdaMetafactory. The latter will increase code execution speed, whilst development won’t take more time compared to “traditional” reflection API usage.

Published at DZone with permission of Andrey Belyaev. See the original article here.