Join For Free
clover is a great tool for generating code coverage reports from your unit tests. it can be executed as a plugin in eclipse, maven or ant.
however, not everyone knows that it can also be used to collect coverage data of integration tests.

* let me assured you that even though the directions bellow seems complicated and clumsy at first, after doing them once or twice it is really easy to repeat them.

motivation
the default action of clover is to gather code coverage information during build time or compile time. therefore, this information includes just the coverage data created by unit tests.


step 2 – updating the server
the next steps are very important, please make sure you do them properly.

step 3 – restarting the server and running the tests
now that hopefully all is set properly all that you need to do now is to restart your server and than running your integration tests.
the tests should trigger the instrumented code which will call the clover api’s and will update the clover db.

while running the tests:

if not everything is going well the first time, don’t discourage, just go over each of the steps again.

step 4 – generating an updated report
if everything went well and new files were created in the db folder than that means you just need to generate a new report.
if you are using clover with eclipse than you can simply push the reload button

to reload the coverage data.
if you are using maven or ant you can execute just the task which generates the report.
another way is to use the clover htmlreporter to generate a report easily.

now compare the new report to the old report. you should see that the new report coverage is much bigger than the old one since it contains also the integration tests coverage.

* notice that not all the data is updated, even though the percentages are being updated, for some reason the calls counter does not.


to summarize. as mentioned; yes, these instructions seems a bit complicated but after you succeed the first time, it is very easy to repeat it. in the company i work for we even made this whole process automatic and we are able to generate a full coverage report with unit and integrated tests combined. 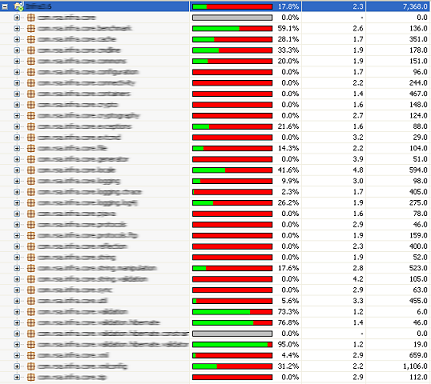