Have you ever want to know the following application information on the production system?

DTrace is an exhaustive dynamic tracing toolkit officially introduced in Sun Solaris 10 in January 2005. It is designed to dynamically and safely inspect the behavior of the operating system’s kernel and applications on any environments including development, testing, and production. Therefore, it is a very efficient tool to investigate issues inside the operating system and running applications. At the time of this writing, DTrace has been ported to many operating systems including Oracle Linux, macOS, FreeBSD, and Windows 10 insider builds.

This article only focuses on using DTrace on Oracle Linux.

Oracle acquired Sun Microsystems in 2010. On December 12, 2012, Oracle officially announced the general availability of DTrace for Oracle Linux. Currently, DTrace supports the Unbreakable Enterprise Kernel (UEK) release 4 or release 5. Support for DTrace on UEK3 has been discontinued. The following table is from Oracle Linux and Unbreakable Enterprise Kernel (UEK) Releases representing the associations between support UEKs and Oracle Linux releases. 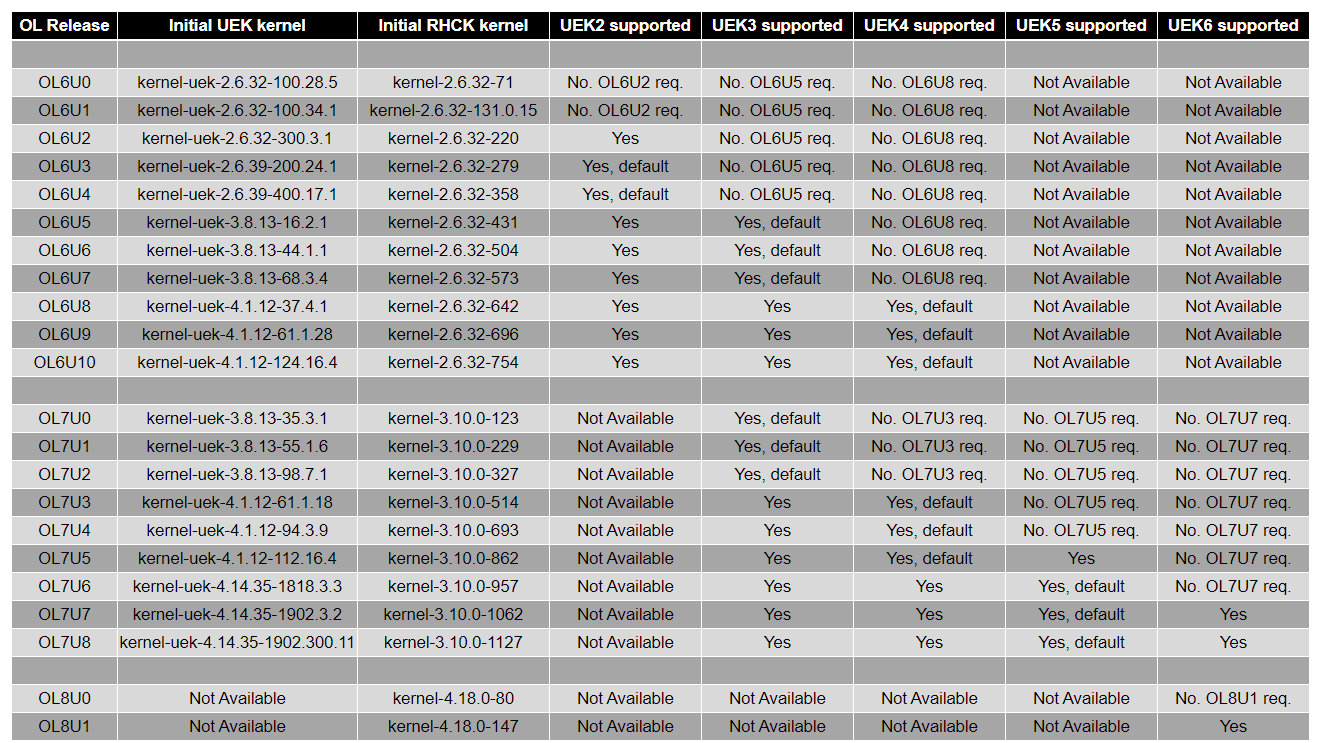 In this article, Oracle Linux 7 Update 7 (UEK5) is used for demonstration.

The following command can be used to install DTrace on Oracle Linux 7.

Then, you can run the following command to test DTrace.

The above DTrace command uses the pid provider to probe the ls command. For more information, please refer to the Oracle Linux DTrace Guide.

D programs consist of a set of clauses executed in order. Each clause describing one or more probes to be enabled, an optional predicate to check a condition before fired, and an optional set of actions to perform when the probe is fired.

To list all available probes, the following command can be used:

A predicate is an expression enclosed in slashes. It is evaluated at probe firing time to determine if the associated actions should be executed. If the predicate evaluates to true (non-zero value), the action statements will be executed. Otherwise, the probe firing will be ignored.

The actions are listed as a series of statements enclosed in braces { } following the probe name or predicate. Each statement ends with a semicolon (;). D programming language is derived from a large subset of C combined with a special set of functions and variables. It has built-in support for associative array and string variables. Unlike C, it doesn’t support conditional (if) and loop (for) control flow but it supports conditional expressions through the ? and : operators. Moreover, the explicit variable declaration is not required.

This section demonstrates a DTrace sample program used to monitor behaviors of an application running on Oracle Linux 7. The application uses Elektron-SDK from Refinitiv to consume real-time financial market activities (Quotes, Trades) from the market data platform.  In the Elektron-SDK, the market data is represented in refresh and update messages.

DTrace can be used to determine the update rate that the Elektron-SDK application can handle at run time. The program looks like:

This program has three clauses. The first clause uses the BEGIN probe which is fired before any other probes. When fired, it sets the global updateCount variable to zero.

The second clause uses probes from the pid provider. $1 after the pid provider is a built-in variable representing the first parameter passed to the DTrace command when running this program. It is a process ID of the application. This clause sets probes at the entry point of the ItemCallbackClient::processRefreshMsg and ItemCallbackClient::processUpdateMsg methods in the Elektron-SDK. These methods are used to process refresh and update messages. When fired, it increases the value of the global updateCount variable by one. This updateCount variable represents a number of the processed refresh and update messages.

Use the following command to run this DTrace program.

<pid> is the process ID of the running consuming application.

DTrace is a tool for dynamically inspecting the behaviors of the operating system’s kernel and applications in any environment, especially the production environment. Currently, DTrace is supported by many operating systems, such as Oracle Solaris, Oracle Linux, macOS, FreeBSD, and Windows 10 insider builds. To use DTrace, we need to use the D programming language to create DTrace programs defining probe descriptions, predicates, and action statements. Then, run the programs with the DTrace command to probe applications or operating systems.