When it comes to releasing new features, there is nothing worse than deploying a feature that cripples your application, degrades performance, and turns away customers.

With the rise of continuous delivery, software teams are embracing faster, more iterative feature releases.  It’s now imperative for teams to ensure their features will be well-received by customers and maintain their application’s performance.

This is why companies like Google, Facebook, and Amazon have embraced dark launching to ensure the efficacy of their feature releases and the stability of their app infrastructure. 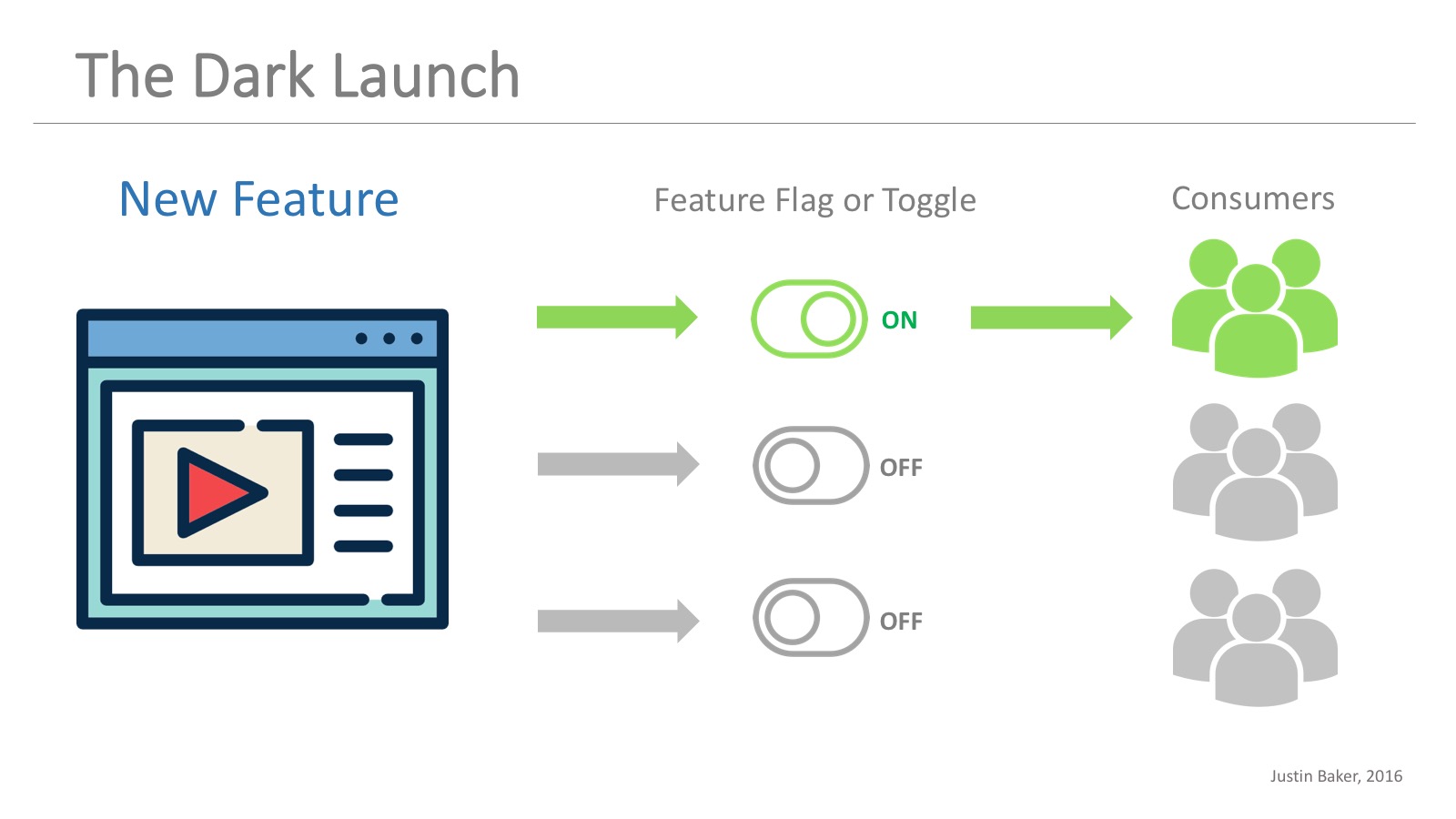 Dark launching is the process of releasing production-ready features to a subset of your users prior to a full release.   This enables you to decouple deployment from release, get real user feedback, test for bugs, and assess infrastructure performance.

Scenario A — “I want to release an experimental One Click Checkout to my users to see if it increases sales.”

Scenario B — “I want to test new application infrastructure without switching all of my traffic.”

Scenario C — “I want to specifically release a feature for beta testing.”

Scenario D — “I want to release a new feature to my VIP users first.”

The easiest way to dark launch is by utilizing feature flags or feature toggles to wrap code in logical chunks, thereby separating your feature rollout from code deployment.  However, too many feature flags may lead to technical debt if they are not managed properly over time.  It is very important to have full visibility into your feature flag lifecycle management and allow your development teams to coordinate efficiently.

Successful dark launches require developer due diligence and benefit from adopting feature flag driven development.  This style of development institutionalizes dark launching as a core part of your continuous delivery process.  Basically, every new feature is dark launchable because it will be wrapped in a feature flag or toggle to separate its rollout from code deployment.

Getting Started With Dark Launching

To learn how dark launching gets implemented at enterprise scale, you can read about Facebook’s Gatekeeper system.