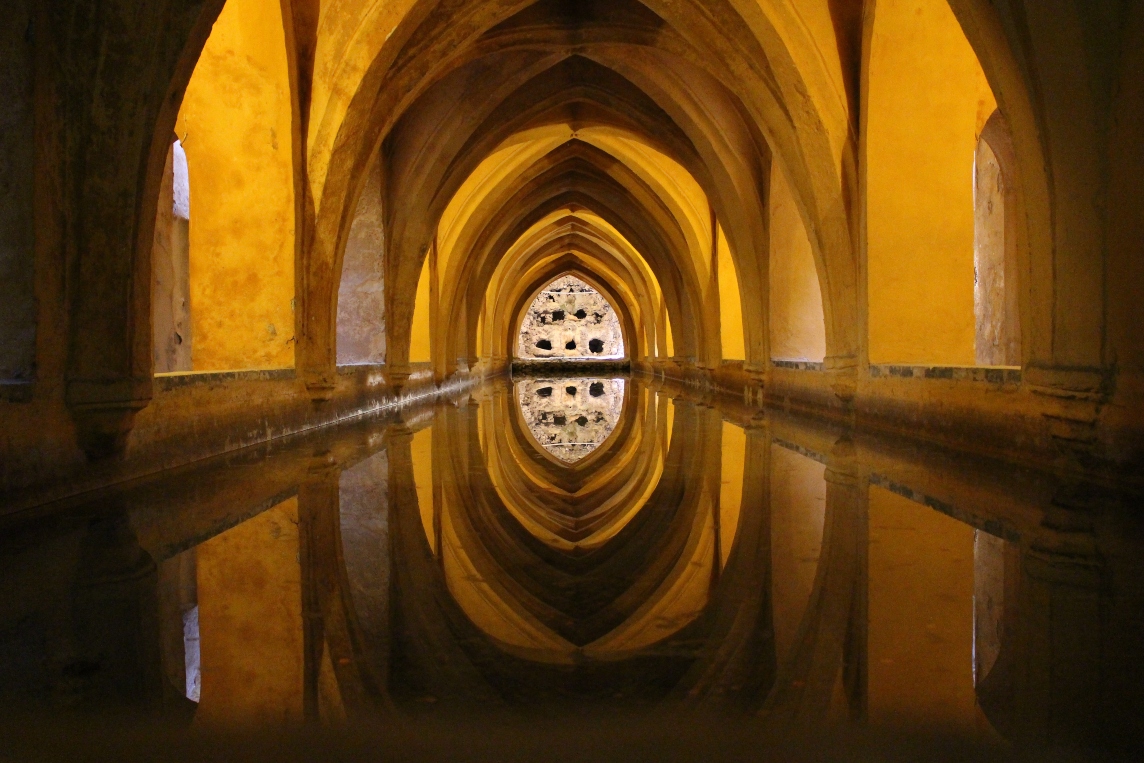 Ansible Vault is a feature of Ansible that allows you to keep sensitive data, such as passwords or keys in encrypted files, rather than as plaintext in playbooks or roles. These vault files can then be distributed or placed in source control.

To enable this feature, a command-line tool — ansible-vault — is used to edit files, and a command-line flag (--ask-vault-pass or  --vault-password-file) is used. Alternately, you may specify the location of a password file or command Ansible to always prompt for the password in your ansible.cfg file. These options require no command line flag usage.

What Can Be Encrypted With Vault?

Ansible Vault can encrypt any structured data file used by Ansible. Ansible Vault can also encrypt arbitrary files, even binary files. If a vault-encrypted file is given as the src argument to the copy, template, unarchive, script, or assemble modules, the file will be placed at the destination on the target host decrypted (assuming a valid vault password is supplied when running the play).

First, you will be prompted for a password. After providing a password, the tool will launch default editor (vi). Once you are done with the editor session, the file will be saved as encrypted data. The default cipher is AES.

To edit an encrypted file in place, use the ansible-vault edit command. This command will decrypt the file to a temporary file and allow you to edit the file, saving it back when done and removing the temporary file:

Should you wish to change your password on a vault-encrypted file or files, you can do so with the rekey command:

This command can rekey multiple data files at once and will ask for the original password and the new password.

If you have existing files that you wish to encrypt, use the ansible-vault encrypt command. This command can operate on multiple files at once:

If you have existing files that you no longer want to keep encrypted, you can permanently decrypt them by running the ansible-vault decrypt command. This command will save them unencrypted to the disk, so be sure you do not want ansible-vault edit instead:

If you want to view the contents of an encrypted file without editing it, you can use the ansible-vault view command:

Our Ansible directory structure should be: 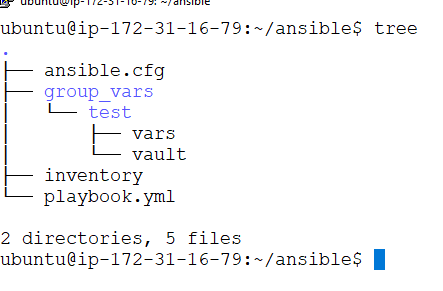 2. To create an inventory file, use vi inventory  command.

4. Name of the group we declared in the inventory file.

To start with a group_vars/ subdirectory named after the group. Inside of this subdirectory, create two files named vars  and vault.

5. To create a vars file, use the vi vars command.

6. Create a vault file by using the  vi vault command.

7. To create an encrypted file, use the ansible-vault encrypt command and pass in the filename.

You’ll be prompted to create a password and then confirm it by re-typing it.

Once your password is confirmed, the vault file will be encrypted.

8. To see the encrypted data use cat vault command.

11.  To create a playbook use the  vi playbook.yml command.

12. To run a playbook with vault, run the following command:

If you don't want to type in the Vault password each and every time executing a task, you can add your Vault password to a file and reference the file during execution.

To make Ansible aware of the password file location across sessions, you can edit your ansible.cfg   file. Open the local vi ansible.cfg  file we created earlier.

In the [defaults] section, set the vault_password_file setting. Point to the location of your password file. This can be a relative or absolute path, depending on which is most useful for you.

To run a ping  command without passing ansible-vault password, use the following command:

To run a playbook without passing ansible_vault password, use the following command.