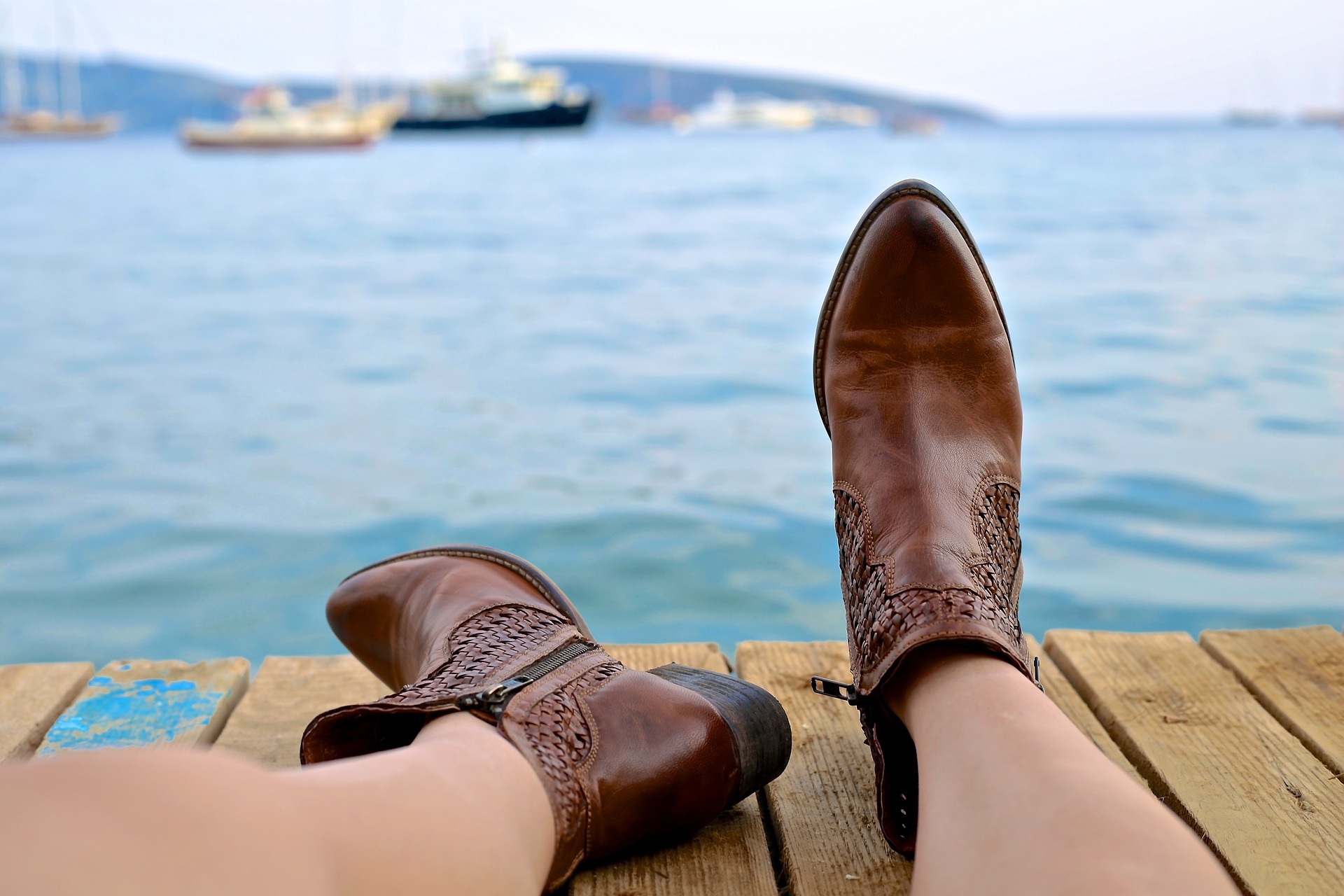 Sitting on the dock(er) of the bay...

I've recently started playing around with Docker again and have decided to put together a few posts to share what I've learned. In this post, I'll show you how to compile, package and run a simple Spring Boot app in a Docker container. To keep the Docker image as small as possible, I'll be using Alpine base images and a multi-stage build.

Why Should I Consider Using Docker?

Docker is a containerization technology that allows you to build an image containing your application and all the dependencies required to run it. The image is a deployable artefact and can be used to run containers on any virtual or physical machine with Docker installed. This is a powerful concept as it allows you to run the same image in development, test, pre-production, and production without having to worry about installing or configuring dependencies on each environment.

Using Docker to Build and Run an App

You'll create a Docker image that does the following:

A Note on Image Size

It's important to keep a close eye on the size of the images you're building. Smaller images make for quicker build cycles, faster downloads, and lower storage costs. To keep your images slim there are a few fundamental things you need to consider.

Use Small Base Images

It's best to choose a base image that contains the bare essentials and nothing else. I'll be taking this approach in the sample app later by using Alpine images. Alpine is a super slim Linux distribution weighing in at only 5MB. This makes it a great fit for building lean images. Alpine has a package manager so you can install whatever you need, but the important point is you're starting with an image that is very small. If you look on DockerHub you'll see that many popular images have an Alpine version. You'll see a few examples of this later when we use Alpine-flavored Maven and Open JDK JRE images.

Discard What You Don't Need

The image you'll define later will compile, package, and run a Spring Boot application. The final Docker image is your deployable artefact so it needs to contain only the application and runtime dependencies. It's great to be able to build and run an app inside a single container but you don't want the final image to contain Maven (and the bloat of a local Maven repo) or the entire contents of the target directory. All you really want in the final image is the executable JAR and a Java JRE to run it.

What you want to do is build the application and then discard anything you don't need from the final image. This is where multi-stage builds come into play. They allow you to split your Docker build into distinct steps and copy specific items between steps, discarding everything else. This will allow you to discard build tools and anything else that isn't essential to run the app.

The project structure is very straight forward. I've created a standard Spring Boot app with a single Application class and added a Dockerfile to the root of the project. If you want to get things up and running quickly you can grab the full source for this post on GitHub. The main application class is shown below and as you can see I haven't added anything else to the project. I'm planning to use the default actuator health endpoint to test the application later.

With the Spring Boot end of things covered, let's move on to the Docker image. The image is defined in the Dockerfile below and although it's compact, there's plenty going on. I'll explain each line in detail below.

FROM maven:3.5.2-jdk-8-alpine AS MAVEN_BUILD tells Docker to use the Maven image maven:3.5.2-jdk-8-alpine as the base image for the first stage of the build. Docker will look for this image locally and if it isn't available it will be pulled from DockerHub. Although Maven will be discarded from the final image (see COPY --from command later) I've used the Alpine-flavored Maven image as its faster to download.

MAINTAINER Brian Hannaway isn't essential but improves maintainability by providing a point of contact for the image author.

COPY pom.xml /build/ creates a build directory in the image and copies the pom.xml into it.

WORKDIR /build/ sets build as the working directory. Any further commands will run from the build directory.

RUN mvn package runs the mvn package command to compile and package the application as an executable JAR. The first time the image is built, Maven will pull all required dependencies from the public Maven repo and cache them locally in the image. Subsequent builds will use a cached version of this image layer which means that the dependencies will be referenced locally and won't have to be pulled down again.

At this point, I've defined the image up to the point where it builds an executable JAR. This is the first part of the multi-stage build finished. The next stage will take the JAR and run it.

WORKDIR /app tells Docker to create a new working directory in the image called /app. All further commands will run from this directory.

ENTRYPOINT ["java", "-jar", "app.jar"] tells Docker what command to run when a container is started from this image. The individual parts of the command are comma-separated. In this instance, you want to run the executable JAR you copied to the /app directory.

Now that you have a Docker image defined, it's time to build it. Open a directory containing the Dockerfile (project root). To build the image run the following command docker image build -t docker-boot-intro . The -t option allows you to specify a name and optionally a tag. If you don't specify a tag Docker will automatically tag the image as latest.

When you run a build, Docker executes each command in the Docker file as an individual step. A layer is created for each step along with a unique ID. For example, step 1 created a layer with ID 293423a981a7.

The first time you build an image, Docker will pull whatever external images it needs from DockerHub and build new layers from scratch. As you might expect, this can make the first build quite slow.

During the build, Docker checks its cache to see if it already has a cached version of each layer before attempting to build it. If a cached version of the layer is available, Docker uses it instead of building the layer from scratch. This means that once you've built an image, subsequent builds become much faster. You can see cached layers being used in the build output above where Docker outputs --> Using Cache and then the hash of the layer used.

As part of the RUN mvn package command, Docker pulls all POM dependencies from the public Maven repo, builds an executable JAR, and stores all of this in layer c48659e0197e. The next time you build the image, the Maven dependencies and the application JAR will be taken from the cached layer and won't have to be downloaded and built again. This is what's happening in step 6 above.

How Big is the Image?

Run the docker image ls command to list all your local images. You'll see the docker-boot-intro image listed with a size of 105 MB.

I mentioned earlier that it's good practice to keep your images as light as possible. Let's take a look a closer look at the docker-boot-intro image and see how we arrived at 105 MB. If you run the docker image history boot-docker-intro command you'll see a breakdown of the various layers in the image.

The super-slim 5.53 MB Alpine base image is listed as the first layer. A number of environment variables are configured in the next few layers and then the 79.4 MB JRE is added. The final three layers come from the Dockerfile we defined and include the 20.1 MB application JAR. This is a nice lightweight image with only the bare essentials needed to run the application.

If everything works as expected you should see the Boot app start on port 8080 as follows.

If you see output similar to that shown above, your container has started and you should be able to test the app. If you're running Docker on Windows or Mac, you're using Docker Toolbox, which is a Linux VM. You'll need to get the IP of the Linux VM by running the docker-machine ip command. When I run this command I can see that my Linux VM IP is 192.168.99.100.

Once you know the IP you can test the app by calling its health check endpoint using cURL curl 192.168.99.100:8080/actuator/health
If the application is up and running you should get a HTTP 200 response with a response body {"status":"UP"}.

Limitations With the Approach Used

I mentioned earlier that Docker caches layers so that they can be reused to reduce build times. While this stands true, there's something you need to consider when building Java apps. Every time you make a change to the application source or POM, Docker will see that layer as changed and disregard the cached copy. This in itself is fine as we want to rebuild the layer.

The problem is the Maven dependencies that were saved in the cached layer are lost. So when you rebuild the application layer with the mvn package command, all Maven dependencies will be pulled from the remote repository again. This obviously slows the build considerably and will become a real pain during development. When you're building Java apps without Docker, you pull down the Maven dependencies from the remote repository the first time you build and then reference them in your local Maven cache after that. Unfortunately using Docker means that when the application layer is rebuilt, you lose the local Maven cache.

So What's the Answer?

On the upside, you can change the application source and rebuild without sacrificing quick build times because you're using cached Maven dependencies. On the downside, your Docker image has lost some of its autonomy. Remember, one of the main reasons you're using Docker is so that you don't have to worry about configuring software on the environment it's running on.

Ideally, your Docker image should be self-contained and have everything it needs to build and run without any dependencies on the host. By using a Maven cache on the host you lose that autonomy.

I'll cover Docker volumes in my next post and show you how they can be used to access a Maven repo on the host machine.

In this post, you defined a Docker image to build and run a Spring Boot application. We talked about the importance of keeping images as light as possible and you did that by using Alpine base images and a multi-stage build to discard build. We also looked at the limitations of building Java apps with Docker and a potential workaround. You can grab the full source for this post from GitHub. If you have any comments or questions please leave a note below.

A Start to Finish Guide to Docker With Java, Part 1