The benefits of microservices, such as shorter development time, small and independent releases, and decentralized governance introduce a set of challenges like versioning, testing, deployment, and configuration control.

This article can provide approach how to deal with a complex build, test and deploy procedures for microservices.

The build, test, and deploy procedures are pretty straightforward for projects which have only a few microservices or normal services. Very often, such a solution has two or three Docker images with services and UI, so it is easy to perform the integration and testing and make the conclusion that the services are compatible with each other and with the UI. A versioning strategy also can be simple; just version from the assembly (pom, nuget, or other) file. Even deployment to a staging or production environment can be done manually for each microservice.

The situation dramatically changes when

The situation becomes more complicated when each microservice has its own deploy and runtime configuration per environment, for example, no need to install multiple instances of a microservice in a test environment, but it is required for production. As a result, we need to deal at least with a 3-n dimensional array of:

which need to be managed. 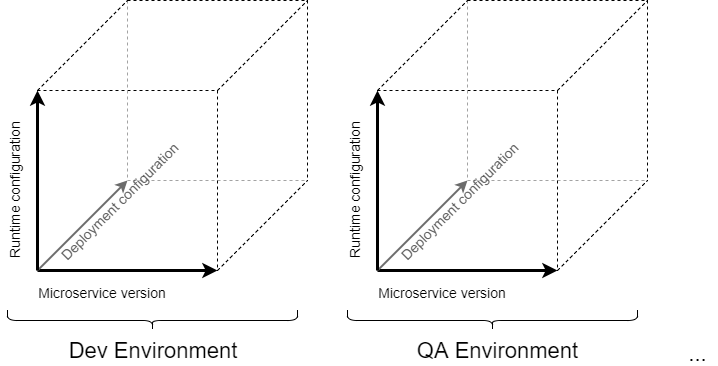 Pipeline for One Microservice

Microservices must continue to work when the rest of the world shuts down, so the following consequence is right - it must be built and tested separately first. The pipeline for one microservice would be similar to the one depicted below.

During this phase, a set of microservices will be integrated with the latest stable version of other microservices. 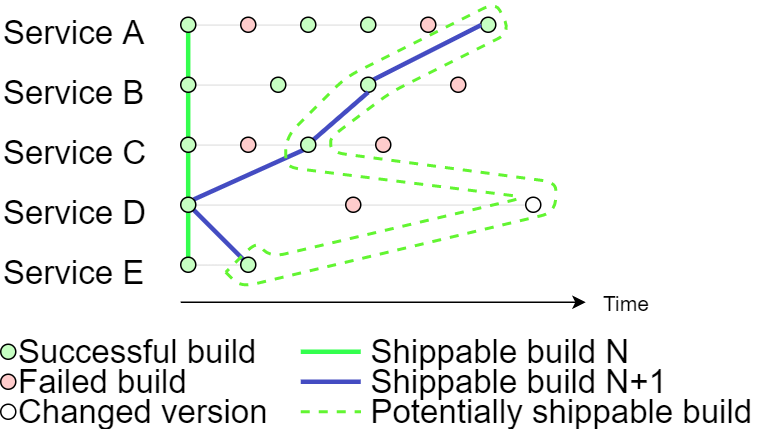